The messages app might have “Downloading Messages from iCloud” displayed at the bottom of the screen. The iOS device, if it is an iPhone or iPad might face the messages synchronize issue with the iCloud. iPhone owners have taken the problem on social media and other mediums. The software is not the culprit, and you shouldn’t take the iCloud service lightly.

Why is “Downloading Messages from iCloud” appearing in the Messages app?

You have to learn about the root cause of the “Downloading Messages from iCloud” problem. There’s nothing trivial about the messages app and iCloud service. You can prevent the iOS device from facing the same issue somewhere down the line. I have listed a few valid reasons for iCloud synchronization issues in the iPhone or iPad.

iPhone standby is exceptional, and it has developed some software-related issues over time. This is a simple fix, and you don’t need to utilize any third-party program to resolve the issue.

Your iOS device requires the software to connect with iCloud services. An active internet connection is needed to connect with iCloud servers. Your mobile data or Wi-Fi network might be interrupting the connection and that’s why iCloud is failing to restore the messages. We have to address the connectivity issues in the iOS device, and you can solve the network issue by following the official solution.

iCloud is hosted on Amazon Web Services, and Apple pays about $30 million per month. The cloud storage services might be down or facing issues with the servers. I will show you how to find out the Apple server’s status on any device.

Apple unveils a new iOS version each year, and they come with updated features, improved performance, and UI facelift. The company has a dedicated iOS software team to deal with bugs, glitches, and further improvements. It takes time for the new iOS version to reach stability, and you might be having an issue with the message due to a bug.

Internet connects your iPhone to the iCloud services, and incorrect network settings can mess up the process. You have to rectify the network issues in the iOS device, and it could be the Wi-Fi or mobile data.

You don’t need a third-party iOS program to resolve the “Downloading Messages From iCloud” issue. I have listed official solutions, and it is enough to resolve the messages and iCloud issues.

Smartphones don’t get sleep time for months, and they keep on running for weeks without a single break. Standby mode is not the same as shutting down the iPhone or iPad. Power off the iPhone for five minutes, and it gives the internal components relief. The software will end the session, and restart the services, drivers, etc.

iOS device wakes up automatically when it’s connected to the wall charger. The iOS software loads up the drivers, services, and others. The Messages app connects with Apple servers, and it may resolve the issue instantly. 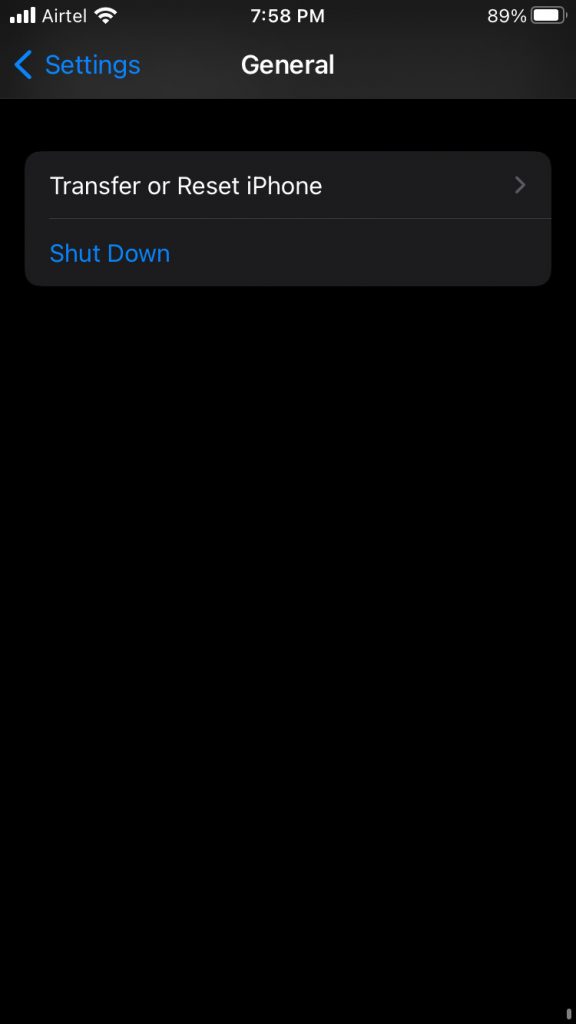 You can check the Apple server status on your smartphone, desktop, and other devices. Get a device with an active internet connection and a browser. Let me show you how to find the iCloud servers that are facing downtime. 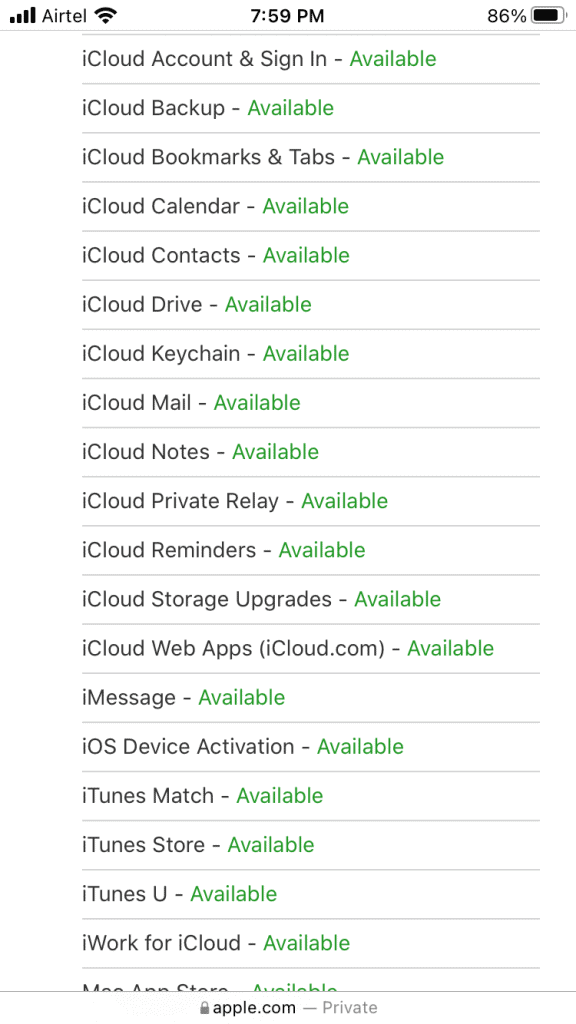 Note: The webpage should have your country name in the footer area. 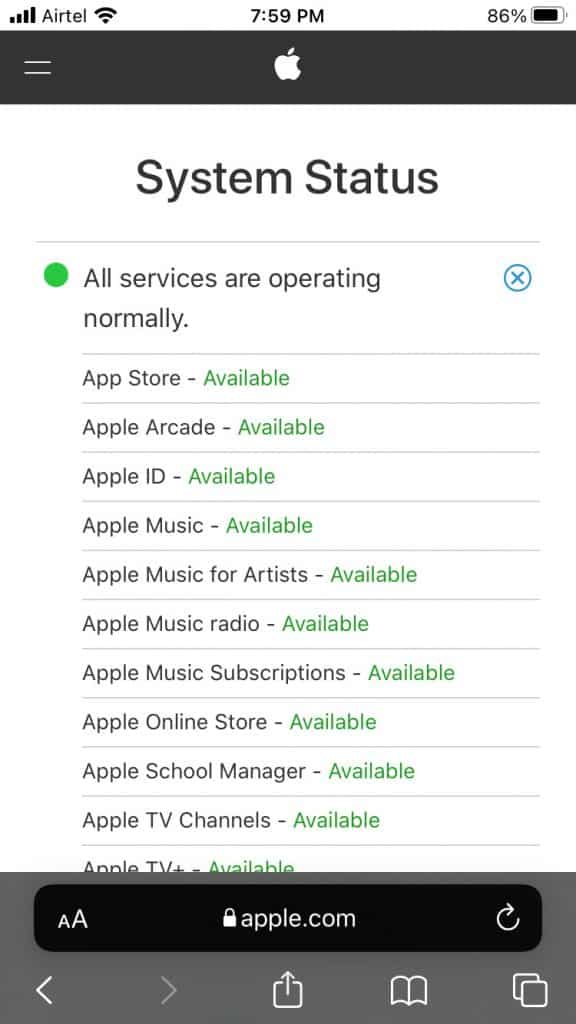 I have shared a snapshot highlighting iCloud services on the webpage. Available (green color) indicates that everything is fine from their end.

iCloud glitch is a common problem, and older iPhone/iPad users have faced the issue in the past. Disable the messages from the Apple account, and it will force the server to save the text on the device. Back up the iPhone and iPad using the iTunes program. You can restore the messed-up data using the backup later. 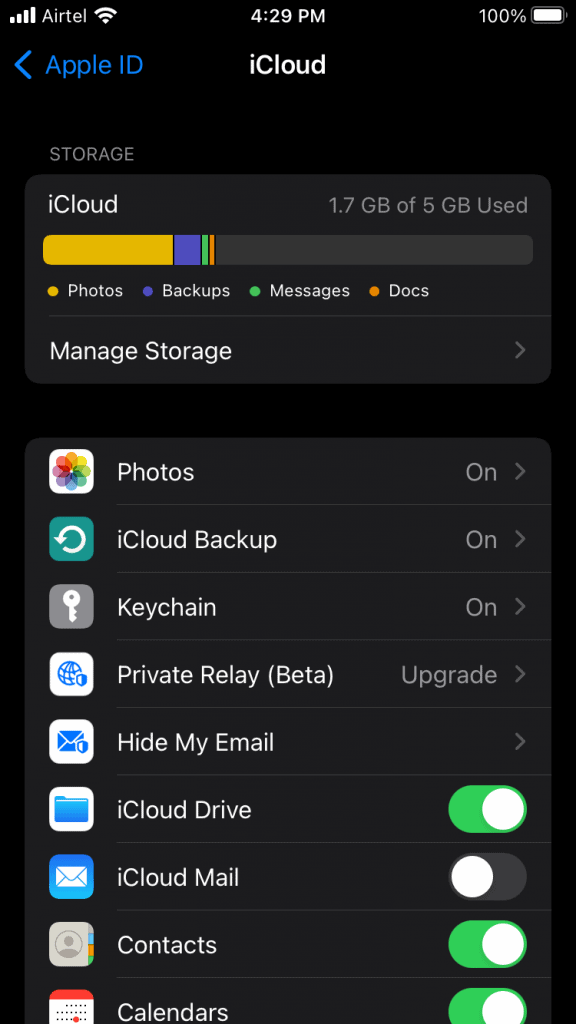 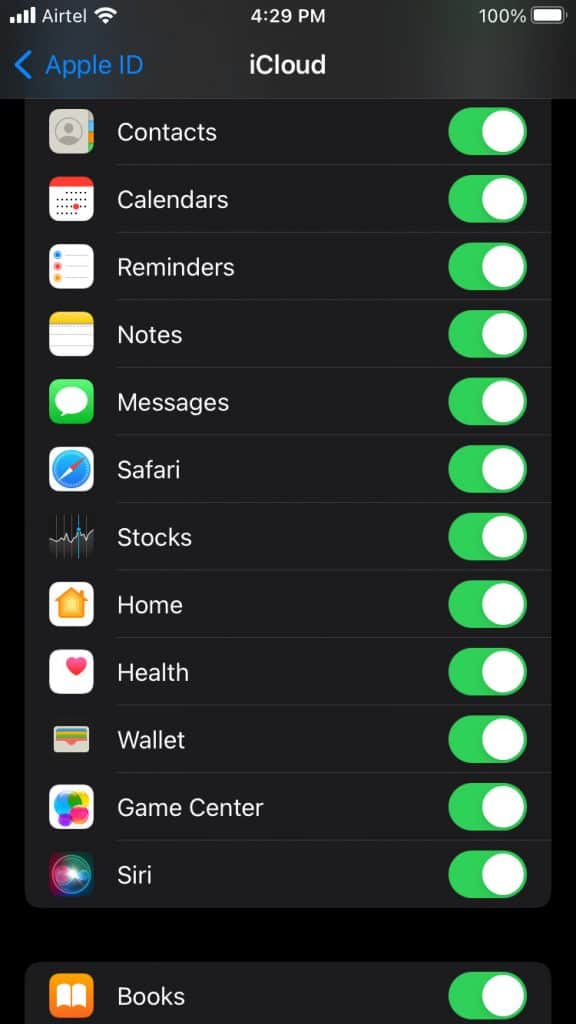 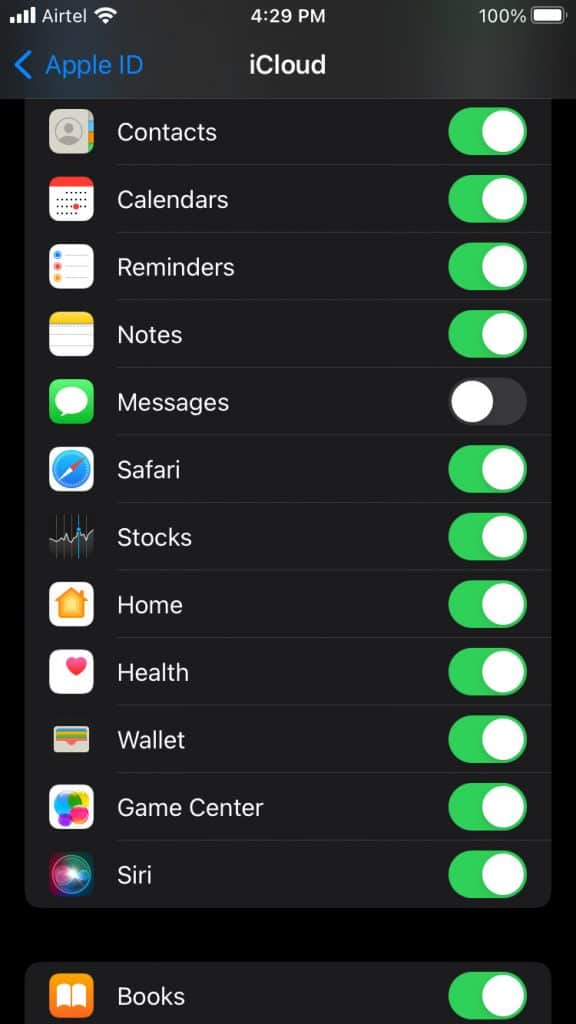 But, you have to wait for the prompt that appears in a few moments, so stay still. Let iPhone or iPad download the messages on the device. Wait for ten minutes, so your device can download the texts from the servers. You can force the iOS device to download the messages from the Apple servers. I recommend the readers backup the data on the desktop or Mac computer.

For iPhone 8 or Later Devices including iPhone SE (2nd gen):

Release the Side button when the Apple logo appears on the screen.

Release the buttons when the Apple shows up on the screen.

Release the buttons when the Apple shows up on the screen.

Many readers might avoid force restarting an iPhone due to the fear of hardware or software damages. Apple developers are smart and they have added the feature to restore the iOS device health. I forced restarted my iPhone in the past, bringing back the dead device to life.

There is a network problem in your iOS device, and it takes a lot to identify the problem. But there is an option to reset the network settings and dump the incorrect configuration. You lose the saved data points like mobile data configuration, Wi-Fi connections, Bluetooth connections, and VPN configuration. Nonetheless, you can pair all network devices back in the iPhone or iPad later. 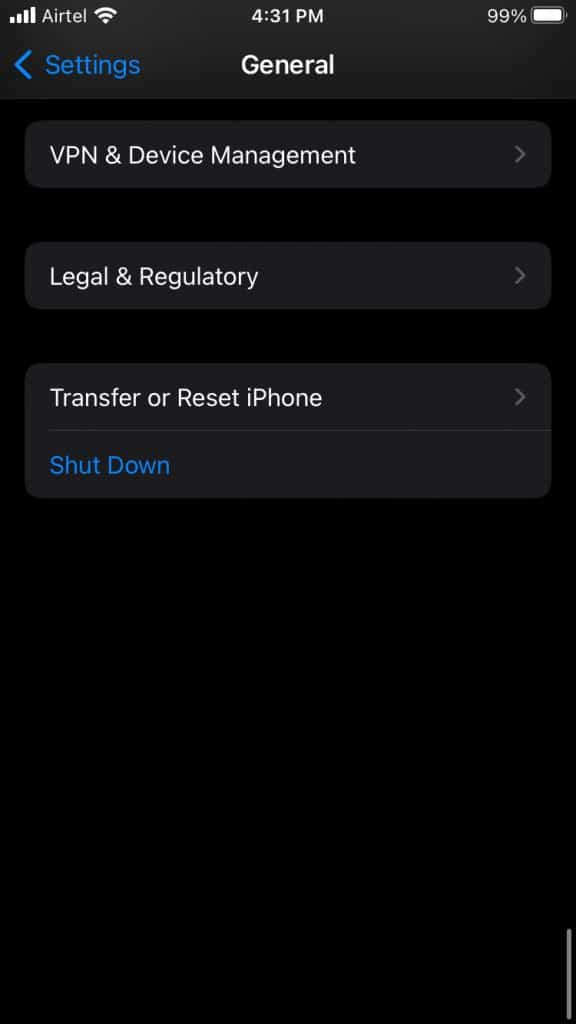 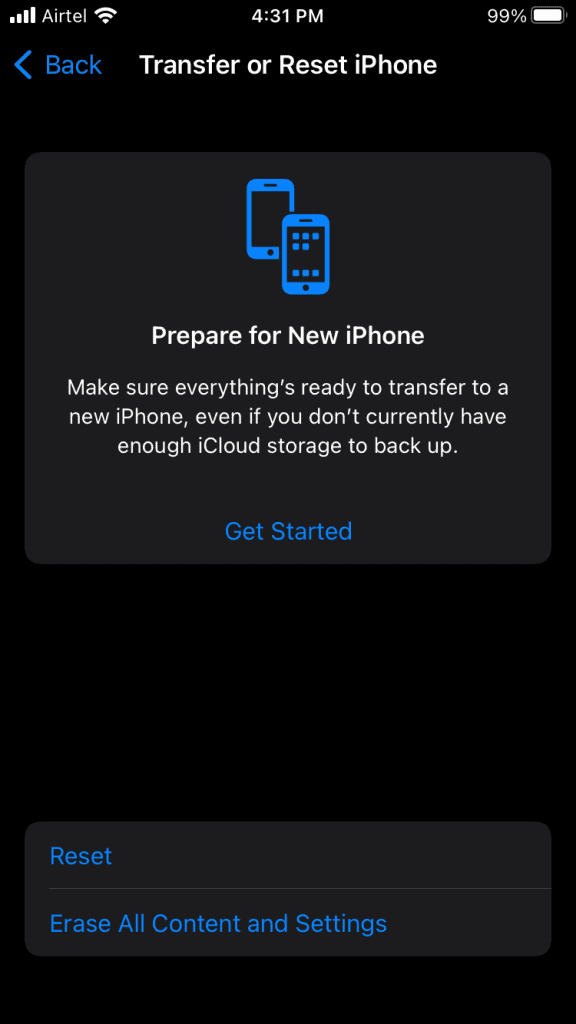 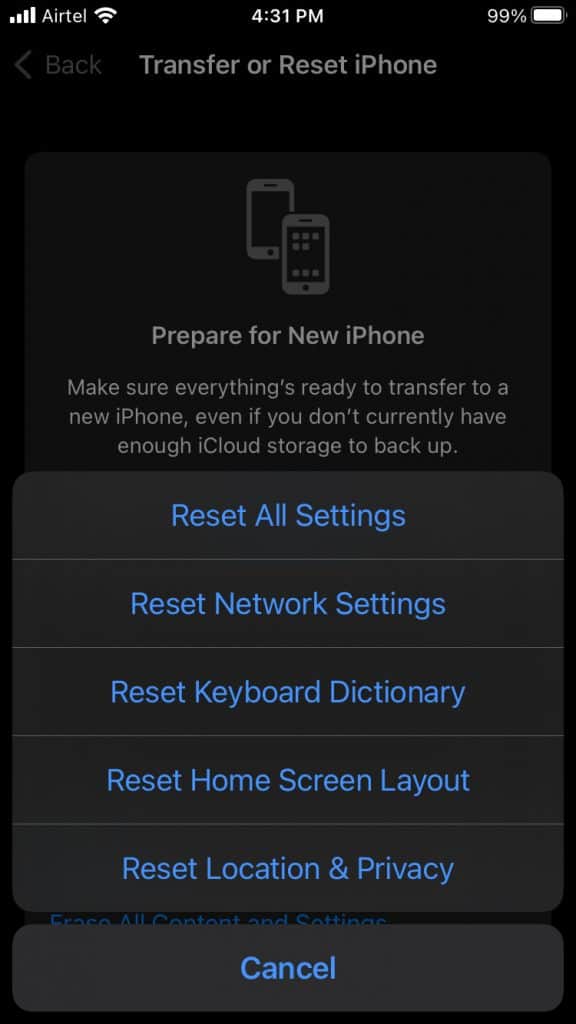 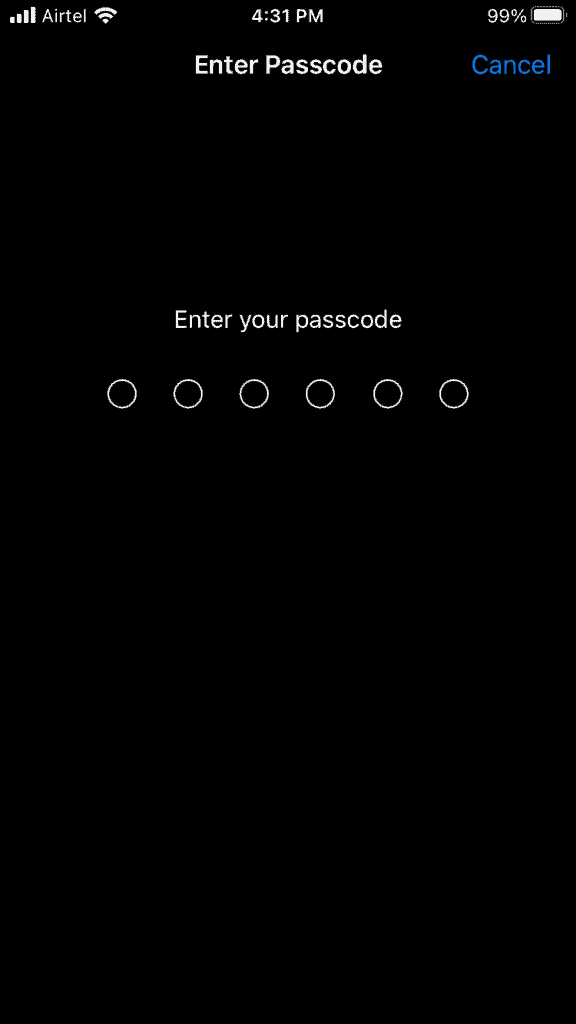 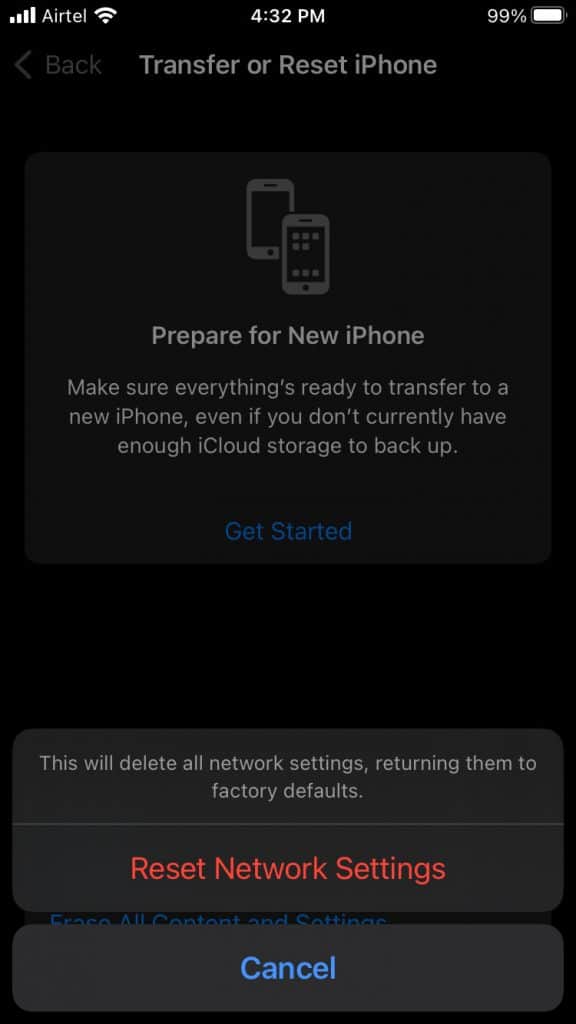 Let the iOS software automate the network reset process. Wait until the iPhone lands on the lock screen.

iOS software bugs are common in the device. You should update the iOS software from time to time to prevent glitches. However, I implore the readers to read online reviews, and it could save you from problems. Many old iPhones end up with problems after an iOS update. One review can save you from buying a new device or replacing the battery. 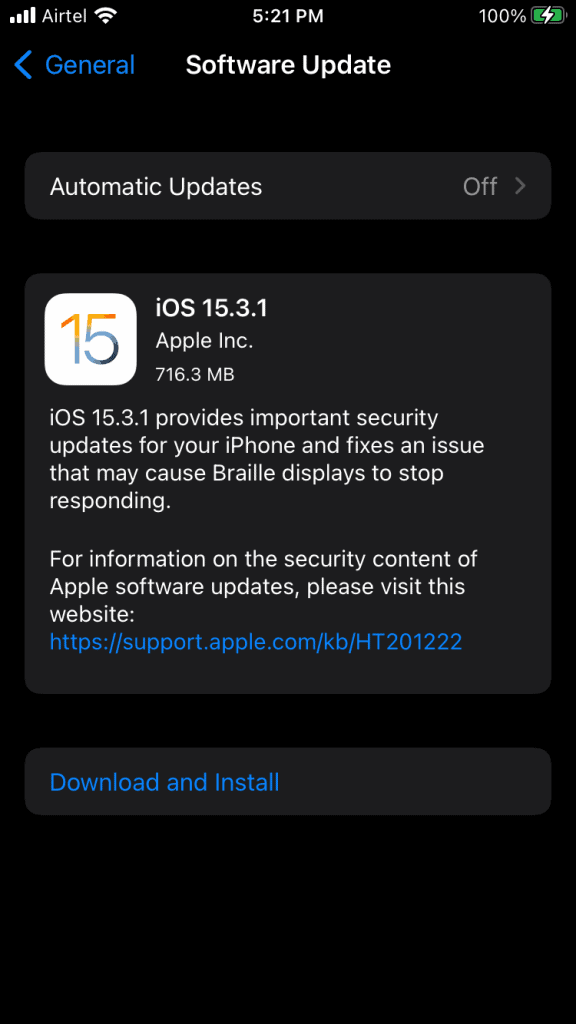