It’s trouble when your iPhone screen is stuck on the Apple logo. We can speculate a few valid reasons behind the Apple logo loop, and you should try all software-based solutions before approaching the service center. It could be a software glitch or hardware-level problem, but it’s too early to say anything. I have compiled solutions that resolve the Apple logo loop in the iPhone running iOS 15.

Why is My iPhone Stuck on the Apple Logo?

The software might have corrupted files in the system and it is stopping the iOS software to load the device. We have to take the situation into account and then find out what’s going on with the device. I have listed several reasons why your iPhone is having trouble booting normally.

iOS software upgrade takes a toll on the device, and it removes the previous operating system files from the device. Apple may have simplified the process, but it’s a complicated process. One misconfiguration is enough to mess up the software, and it might be the main cause of the problem.

iCloud restores the data in the device after the software upgrade, and it requires a faster internet connection. Millions have reported that iPhone has stuck on the Apple logo with a progress bar. Yes, the progress bar is not moving because it is downloading the data over the internet and saving it on the smartphone.

Many newer iPhones have IP68 certification, and it protects the device from water spills and other liquid damages. We cannot eliminate the water damage from the list, and it can lead to chip-level problems. You should seek assistance from the authorized Apple Service Center since the third-party repair stores cannot procure a logic board from any vendor.

I had an iPhone 4S that had a logic board problem, and it was severely damaged on chip level. The device was out of warranty, and Apple asked three figures to repair the 4S, which was not worth my money. There is a possibility of a faulty motherboard, and the service center will replace the device with a new one if it is under warranty.

Apple Unique Selling Point is privacy and security, but don’t let them fool you and let that perception overshadow it. Yes, your iPhone is prone to malware infection and all sorts of viruses out there. There is no doubt that your iOS device is more secure than the competitors, but it’s not fully-proof. The iOS software will stop the malware from entering the device, and iOS is 99% secure and not 100%.

I have shown you how to deal with all the problems that I have mentioned above.

There is a reason why I prefer iTunes backup compared to iCloud backup. Mobile internet speed is enough to restore 10 GB of files in the device, and you need a Wi-Fi network. Metered networks don’t allow the devices to download a specific amount of data over the internet. Or you can get out of the room and go to an open space, where the carrier signals are the strongest. The 5G technology is the next leap because it transmits the signals through a wall, and it is an active service in specific parts of the USA.

You have to wait an hour or so for iCloud to restore the backup in the device. You can force restart the iOS device if it doesn’t go away after an hour.

Apple programmed the physical buttons to perform certain tasks, and it overrides whatever is on your screen. The iOS software cannot stop the programmed sequence, and it will force restart the iPhone.

The 6S and SE 1st gen support iOS 15, and you can force restart the device.

The 6S and SE users don’t have to worry about the software version because the buttons are programmed during the hardware development.

iPhone 7 is the first device that had a non-functional Home button, so the instructions are slightly different from the previous generations.

The force restart instructions are applicable for iPhone 7 series only, and it won’t work on earlier or later models.

iPhone 8 and SE (2nd gen) have the same housing, so the instructions are the same. You have to perform all actions quickly, and taking a pause will break the sequence.

The force restart instructions are applicable for iPhone 8 series.

You can force restart an iPhone with Face ID technology in it and it includes the latest models.

I have an iPhone that was suffering from glitches, bugs, and poor performance. I updated the software to the latest version, and it resolved everything but the battery life was affected in the process. The newer iOS software was draining the battery a little faster, and it requires a battery replacement.

Let me show you how you can put an iPhone into Recovery Mode then Restore the software.

There is no way to back up the data in the device, and you have to rely on iCloud regular backups. 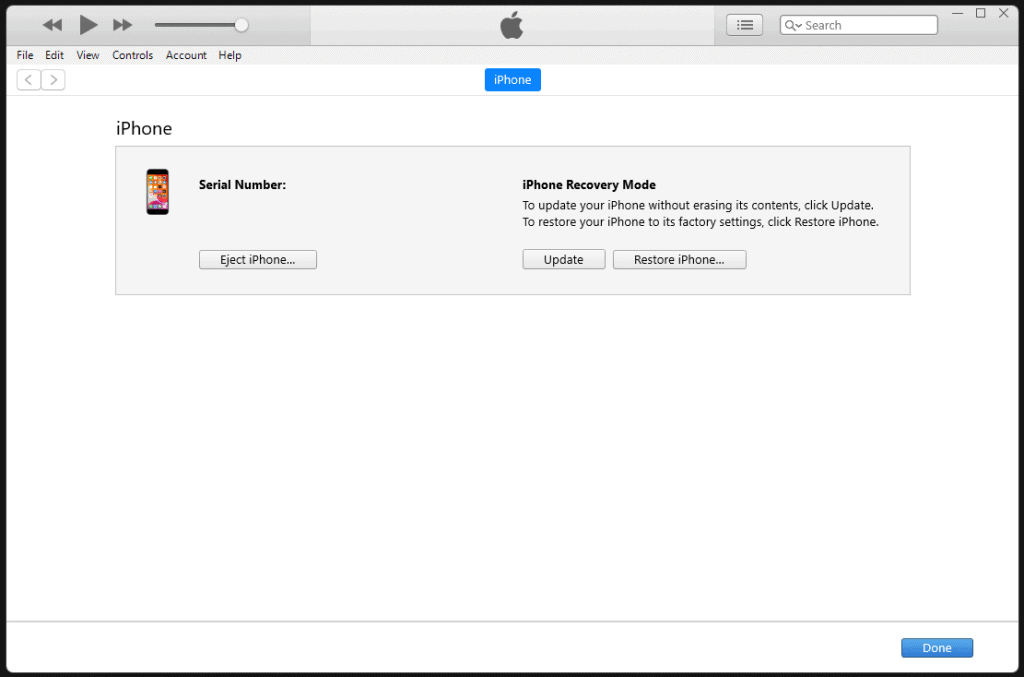 You can try Recovery Mode first then move onto DFU mode later on.

Put your iPhone in Recovery Mode, and the video tutorial shows you how to get out of that mode, so make sure to watch it till the end.

Note: You have to follow the same instructions if the device is in Recovery Mode or DFU mode. 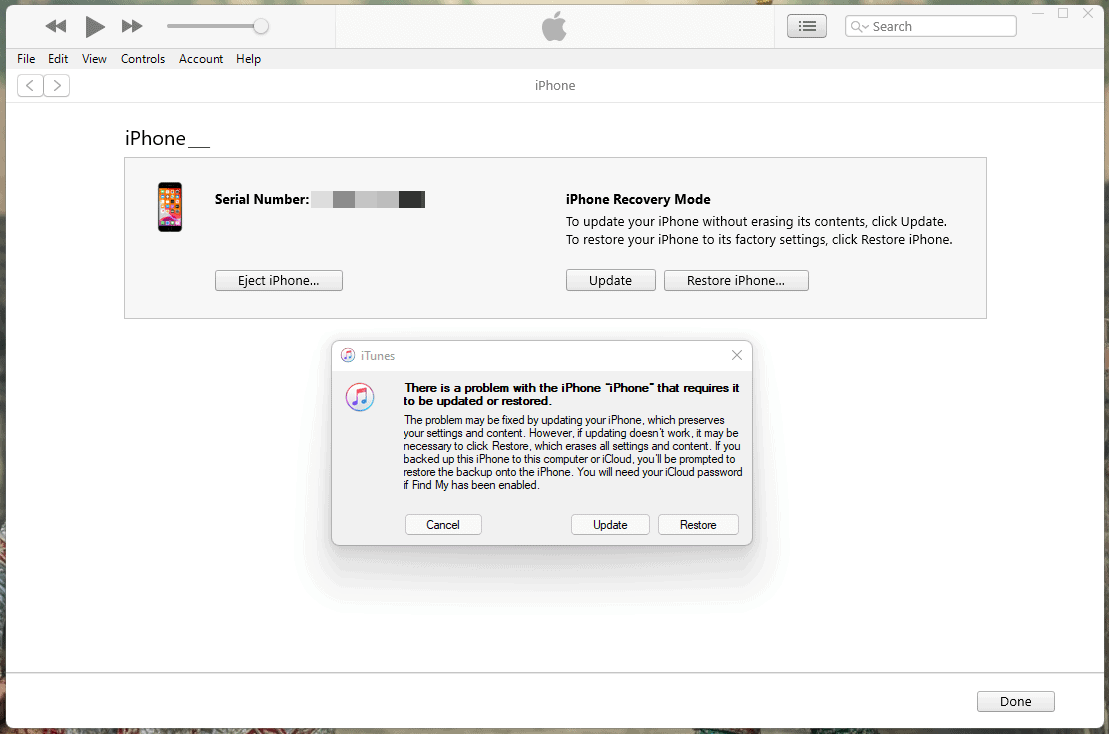 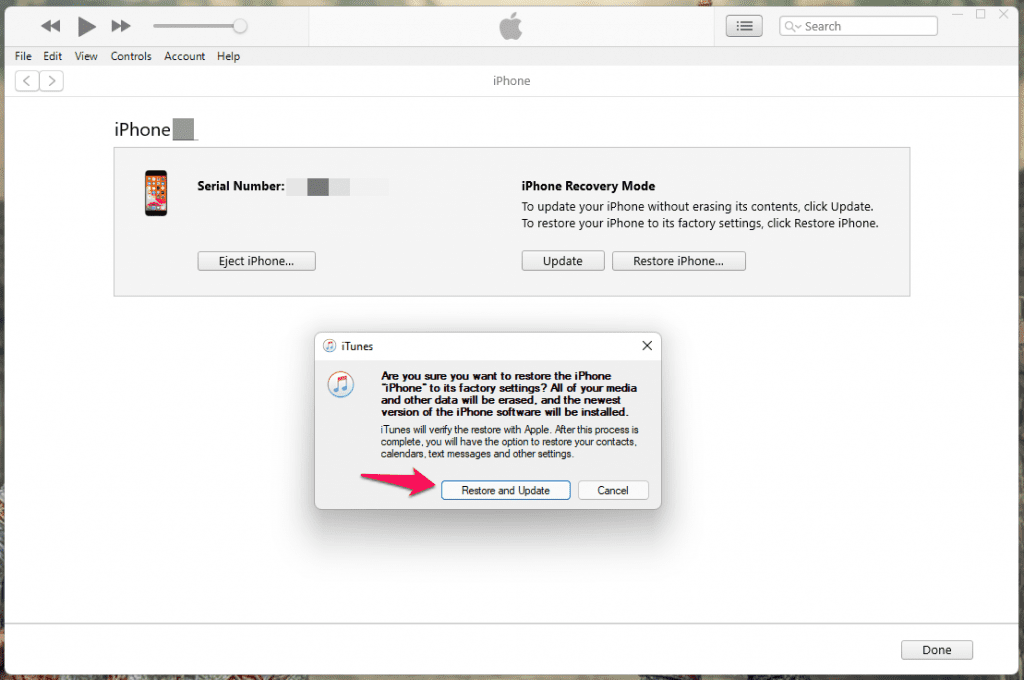 “There is a problem with iPhone “device name” that requires it to be updated or restored.” 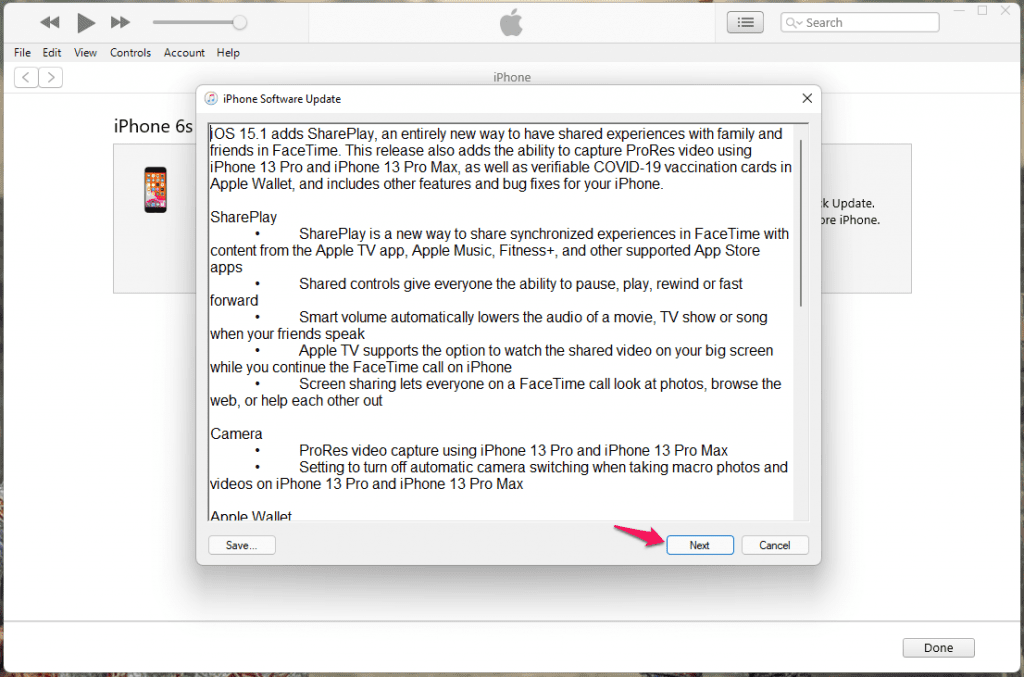 iTunes will download the iOS software packages from the Apple servers.

Now, you have to be patient and allow the Windows/Mac computer to flash the iOS firmware in the device. The entire process takes less than an hour or so, so don’t force turn off the device, if nothing happens.

Reach out to Apple Service Center with the purchase receipt, so you can claim the warranty and get the device repaired or replaced. I suspect that the logic board has reached its limit and something went wrong at chip-level, and you should seek assistance from the authorized service center. You can approach a third-party repair store for second advice, but you should choose a trusted engineer because I had a bad experience. Let us know which solution kicked iPhone from the Apple logo boot loop in the comment section below.