With each seasonal patch, Call of Duty: Warzone developers have earned a reputation for delivering amazing content. A PlayStation 5 and Xbox Series X/S version has been announced for release in 2022 and a mobile version.

However, with any similar game like this, there are unexpected faults that detract from some players’ enjoyment. When players try to connect to COD: Warzone servers, they get the ‘Content package is no longer available” error. It is one of the most common errors that’s occurring currently for players all around the world.

Players using PC, PS4, PS5, Xbox Series X, and Xbox One are the ones that are most affected by this error. This is a developer error with code number 603, which is nothing but the “Content package is no longer available” error is the most commonly occurring error universally. 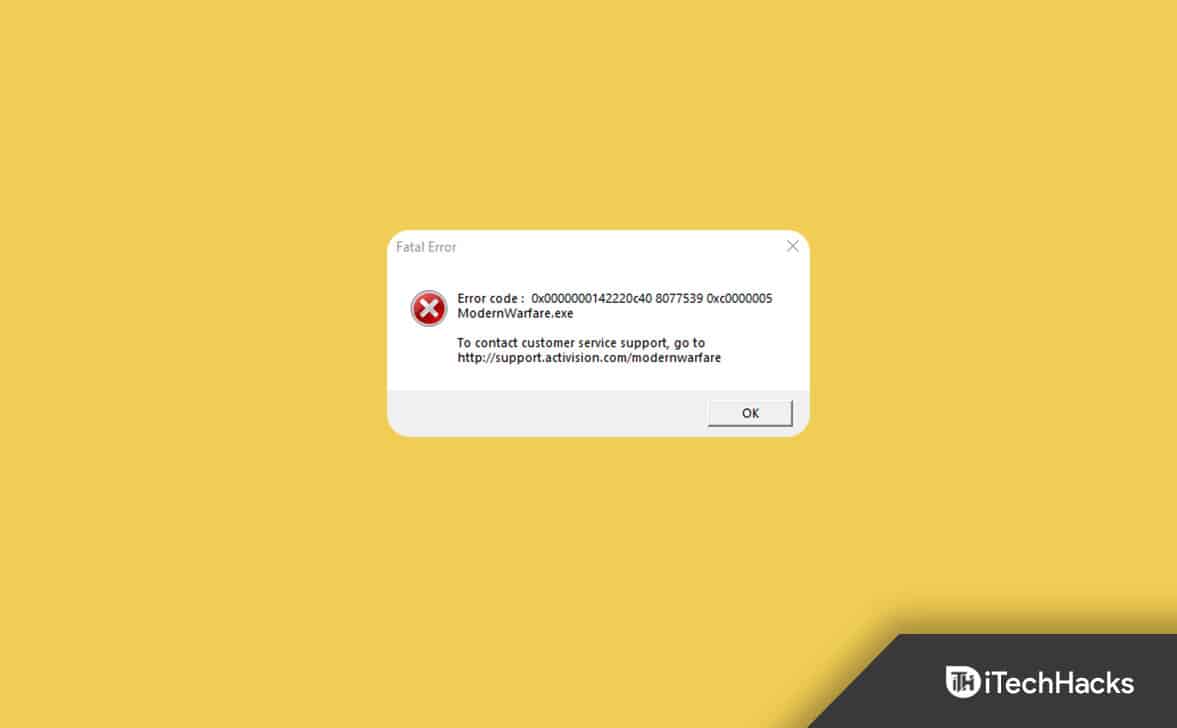 What Cause PS4 Warzone Pacific Content Package Is No Longer Available Error?

Nothing is more frustrating than being unable to access Warzone due to an error that appears at the worst possible time. While some of these issues are caused by the game’s servers being temporarily unavailable, most of the time, users must solve the problem from their end.

This usually indicates that one of the game files is corrupted, preventing Warzone from starting. Fortunately, there are several measures you may take to resolve this problem, which we’ll walk you through below.

This error code could be caused by many different reasons. The following is a list of possible causes for the ‘Content package is no longer available‘ problem in Call of Duty Warzone. Let’s look at them one by one –

The package installed is the major cause of the error; it’s either corrupted, removed, or missing. The solution would be to scan and repair the game on a PC; however, PS4 players do not have that option.

This is the most basic troubleshooting solution. Simply turn off your PS4 or PS5 and then restart the game. To test whether the console works, unplug and reattach the wires.

Deleting and reinstalling the game

You can also try deleting and reinstalling your game. The new Caldera map is quite large so ensure you have enough free space on your hard drive before reinstalling.

Some PS4 and PS5 users have discovered that removing the compatibility pack allows them to play COD Warzone without any problems. Compatibility packs integrate the game into the overall ecosystem, ensuring compatibility with other platforms like PCs and consoles.

Many PS4 and PS5 gamers resolved the Warzone Pacific “Content Package Is No Longer Available” error by altering the game’s graphic settings.

Make sure the Texture Streaming and V-Sync settings are turned off. If you’re using an older computer, you might want to test if lowering the graphics settings will help. Check for hardware compatibility if you are installing COD Warzone on the computer.

Call of Duty: Warzone has grown into a major rival in the battle royale genre of games. Regardless of their ability to deliver fantastic content with each patch, no developer is totally capable to resolve unexpected faults or server outages that prevent games from connecting to the servers.

Always check that your PS4 has enough capacity for any upgrades since this could cause the Warzone Pacific content package is no longer available issue. Hopefully, this guide solved your problem; if there is any question, feel free to ask us in the comments section.