The popular battle royale video game Call of Duty: Warzone was published for Windows PCs, PlayStation 4/5, and Xbox One. This game has attracted a large number of gamers since it was first released. While some platform players enjoy a lag-free, smooth gaming experience, others do not. But, since the release of Warzone, many players have reported a significant packet loss issue. However, it causes the game to run slowly, as is to be expected, and some of your game mobility will be slow.

You may be facing packet loss issues while playing Warzone for a variety of reasons, and many of them can be fixed by using simple and direct techniques. This guide will review some quick fixes for the Warzone 2 packet loss problem on PC, PS5, PS4, and Xbox. 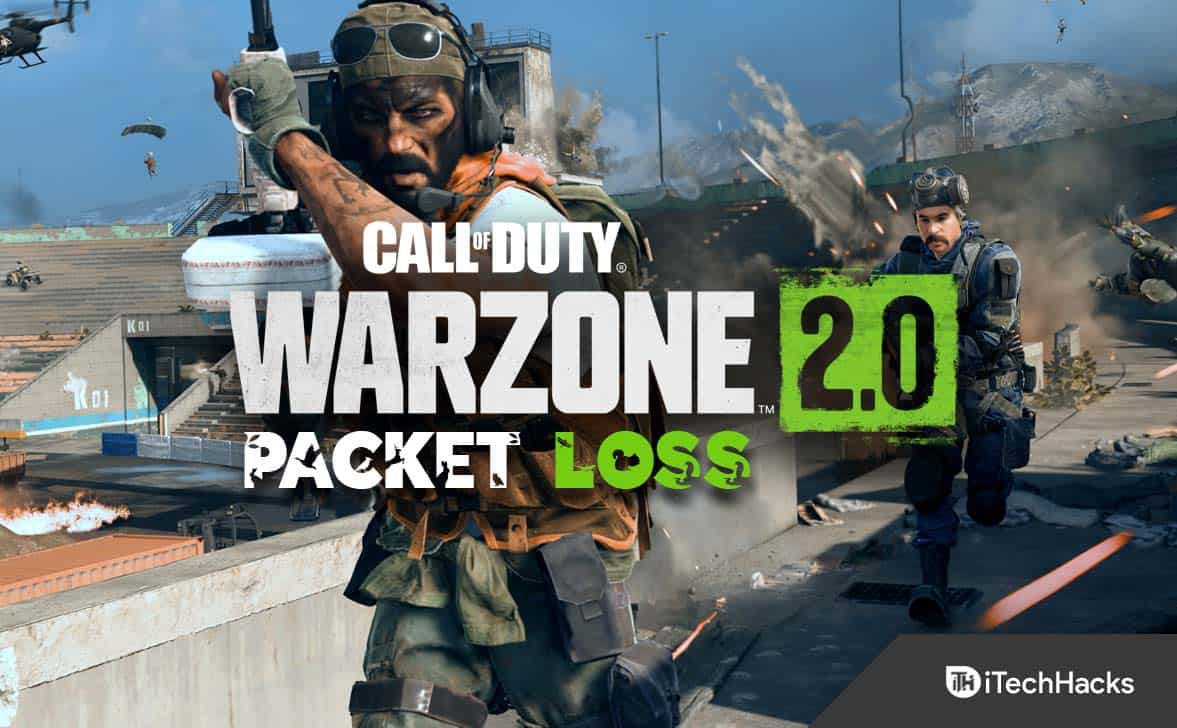 Warzone 2 Packet Loss: What does it Mean?

The term “packet loss” refers to the failure of game data packets to reach their designated destinations. They get lost between the game servers and your PC, PS4, or Xbox One. Other problems like stuttering, lag spikes, and even being kicked out of the game happen because of packet loss.

The packet loss issue that Warzone 2 gamers have been experiencing indicates that the game does not function as it should. The gameplay is slow; it takes a few milliseconds for your actions to appear on the screen. Especially while playing shooting and tactics games like COD Warzone 2, this might be a major downside.

This is a first-step solution to try because the problem is related to the Internet connection; commonly, we have slow or unstable connections that lead to errors being displayed as well as causing slowdowns. We can also try changing the connection by switching from Wi-Fi to a wired connection.

New technologies like 4G and 5G are rapidly being introduced into our system. You must update your system’s network adapter drivers whenever you use these technologies. Windows will usually update it automatically through Windows updates. But in case you need to, here’s how to manually update this driver:

Open the game after it has been updated to see if the Warzone/Modern Warfare packet loss issue has been resolved.

Winsock commonly referred to as Windows Socket, is a crucial service that facilitates internet connectivity on your computer. The Winsock service may stop functioning due to numerous software-related bugs, leading to the COD Warzone 2 packet loss issue. Follow the commands listed below to restart Winsock:

Virtual private networks, or VPNs, are capable of resolving the majority of internet-related concerns. It’s possible that the game network you connected to is overloaded, which would explain why you’re experiencing packet loss. However, you can fix the problem by changing your country of origin with a VPN service, which will move your game to a different server. On the internet, there are numerous premium and free VPN services.

Try using a VPN service to solve this problem if your current network is overloaded; otherwise, you can lose packets when playing Warzone 2.

The terms “NAT” (Network Address Translation) refer to three configurations: moderate, strict, and open. Selecting the open NAT option will give you the best network connection possible. To do so, follow the steps below.

Keep in mind that opening this screen when you are streaming will reveal your local IP, so be careful not to do so.

DNS, or Domain Name Service, is critical for online packet parsing. But if the DNS service isn’t operating correctly, you must run the flush DNS command to resolve the issue.

If none of the aforementioned solutions works for you, the problem may lie with your internet service provider. Such packet loss problems are often extremely common when any maintenance work is being done over internet fibre lines. Ask your ISP whether any maintenance is being performed and for instructions on how to fix the problem.

Consoles like the PlayStation and Xbox don’t have many configuration options. Power cycling is the ideal solution for any internet-related troubles that may come up. Because performing a power cycle cleans the RAM on your console and resolves any technical issues.

Turn your console completely off before power cycling it. After that, disconnect the cords. Start your console again after waiting a few minutes.

You should troubleshoot your PlayStation or Xbox system because internet problems are the primary cause of packet loss. To perform it, you can either reconnect via WiFi or connect to your console via ethernet.

Restarting your router could be helpful if you use WiFi. Try connecting with a different internet connection if nothing else works.

This concludes the troubleshooting section for the Warzone 2 packet loss problem on PC, PS5, PS4, and Xbox devices. Please be aware that this problem is more likely to occur if your internet connection is extremely slow or you run multiple downloads simultaneously. You can quickly solve this using the techniques above. Please let us know if you have any trouble following the above steps in the comment box below.

How To Mirror iPhone To Smart TV Without Apple TV

How to Factory Reset Apple Watch without Apple ID

How to Play NCAA Football on Xbox One S