SMGs have dominated the multiplayer mode’s mid to close-combat engagements since the release of Call of Duty Black Ops Cold War.

However, the AK74u has been one of the most popular choices in multiplayer lobbies. In its stock form, the rapid-fire, short-range, and mediocre horizontal recoil sub-machine gun is a disaster to operate. And add the right attachments, though, and it becomes a weapon of choice. With this small gun, you can smoke heavy hitters without putting sweat on your brow.

Therefore, we have compiled the best ak74u class cold war guide for newcomers and returning players to transform a garbage gun into a team destroyer. 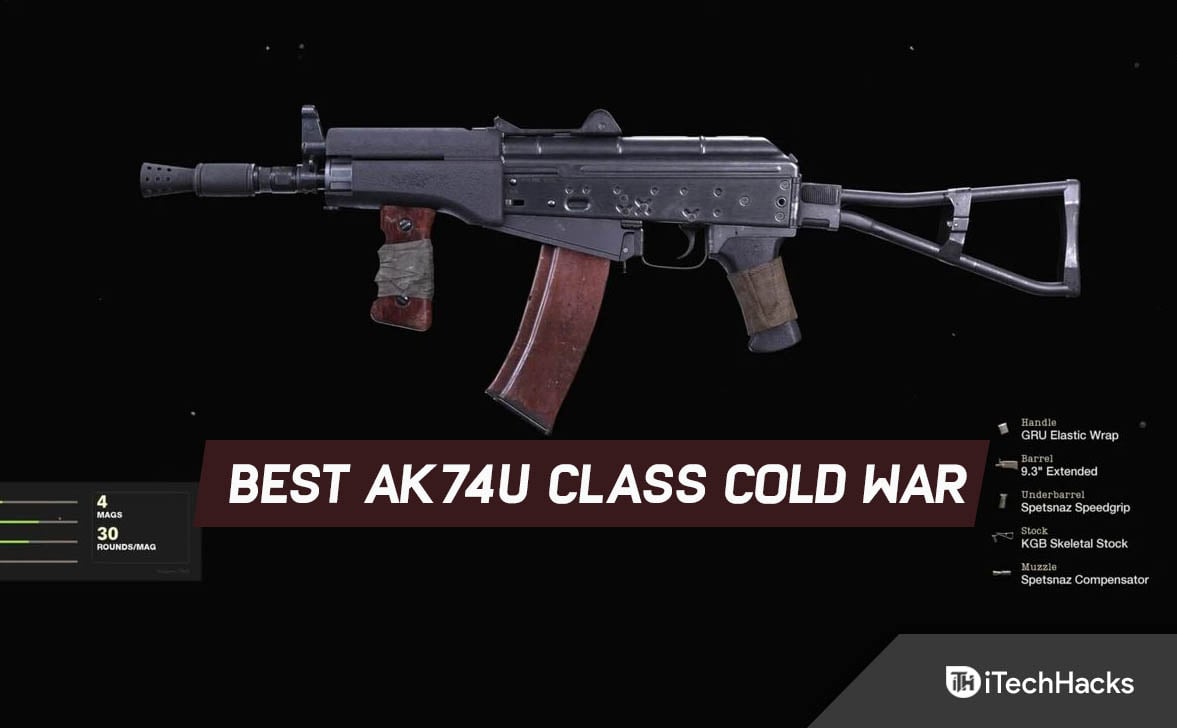 The AK74u has dominated the black Ops Cold War. Especially since the release in November 2020.

And, season 6 will feature an insane number of kills and damage from the quick-firing submachine gun, a staple of the Black Ops series.

In 1973, a design competition was held to establish a fully automatic carbine based on the XM177 and the US experience in Vietnam. The AKS-74U was the result of that competition.

So, is there a specific loadout for the AK74u that considers the AK74u’s wide range of attachments and extra components?

Yes, there is. Let’s find out more.

How To Unlock AK74u In Cold War

The AK74u is integrated into the base game, as mentioned above. And all that needs to be done is to hit the level 19 mark to unlock and use this weapon.

The AK74u SMG weapon will eventually be awarded to players who reach this level. Also, the best ak74u class cold war and Warzone have synchronized their weapon progression.

As a result, no matter which game you play, your experience progression from one game will carry over to the next. However, it shouldn’t take much time for newcomers to unlock AK74u.

Still, unlocking a weapon alone does not mean the game is over. Players must also grind harder and unlock more attachments to create the Cold War In Season 6 class AK74u.

This SMG won’t perform at its peak without these attachments.

There are also 30 rounds in the magazine of this SMG. And there are also 697 rounds per minute (RPM) in this weapon.

In Call of Duty Black Ops Cold War, the AK74u’s base stats aren’t enough to make it a true kill-streak weapon. So, in order to make the weapon feel more realistic, best ak74u class warzone players must add attachments.

The equipment is the key to the success of this loadout. But, having the right attachments for your primary and secondary weapons is not enough to warrant winning a match or more kills.

Hence, for this loadout. Here, we recommend the following equipment setup. 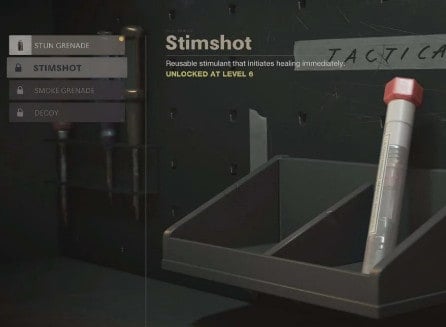 The “Stim Shot” would be a good pick for the tactical slot. Stim Shot is a must-have tactical for playstyles involving run-and-gun and for players using SMGs.

It triggers the healing process instantly.

The players must select the “Semtex” slot in the lethal slot. This explosive is considerably more powerful than a regular grenade. 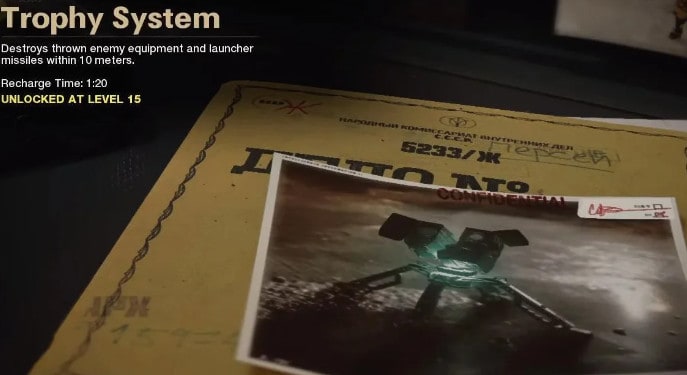 Using the “Trophy System” is highly recommended for the final equipment. With this equipment, you can deal with the enemy’s thrown equipment within a radius of 10 meters.

It is important to select the appropriate attachments when you have an AK74u running against an enemy with a similar gun but different attachment combinations.

One can destroy another or be taken out depending on how good or bad the combos are. And we will now get to the meat of selecting the perfect SMG attachments for the AK74u.

As a starting point, players need to equip the “KGB Eliminator.” And, at weapon level 38, this attachment unlocks relatively early compared to others on this SMG. 85% of muzzle flash is concealed by this attachment.

Additionally, it increases vertical recoil stability by 15%. However, all the professionals come at the expense of -10% shooting move speed and -10% horizontal recoil.

The “KGB Eliminator” attachment turned out not to be worth slotting into the AK74u SMG during our field test. However, through the under-barrel attachment, can we compensate for the recoil.

For the body, players should use the “Tiger Team Spotlight“, which unlocks at weapon level 40.

It increases a player’s realism range by 40%. And, there’s also a -10% sprint time penalty.

This is because the vertical and horizontal recoil controls are recovered by 20% and 6%, respectively when using this attachment.

The Spetsnaz Grip requires a bit more grinding than other attachments for other weapons. And, unlocking this attachment takes 41 weapon levels.

In addition to the benefits of equipping this attachment, the weapon’s shooting move speed is reduced by -30%.

In order to compensate for the reduced capacity of the AK74u after slotting the barrel attachment, “VDV 50 Rnd Fast Mag” is the best magazine to use.

The attachment can be equipped to the SMG once it has reached level 51 weapon level.

The new VDV 50 Rnd Fast Mag offers a 40% reduction in reload time and an increase of 33% in the magazine and starting ammo capacity.

However, all pros come at a cost of 25% longer aim down the sight (ADS).

The GRU Elastic Wrap is strongly recommended for the handle attachment. The reason is that AK74u gets back its lost ADS and other aim-based benefits.

The attachment will increase the ADS by 30% and the flinch resistance by 90% when inserted into this SMG. This will allow you to aim more precisely while lying down.

However, the player will be penalized with a 10% movement speed reduction and a 15% sprint to fire time reduction in exchange.

As a result, the weapon does not perform much better. And, by reaching weapon level 53, players can use this attachment.

The “KGB Skeletal Stock” is an excellent choice for the best Cold War loadout designed for the AK74u class.

It is a great pick for restoring the lost “sprint to fire time” and “aim walking movement speed”.

KGB Skeletal Stock gives you a 30% increase in sprint time at weapon level 54. Additionally, it sacrifices 30% accuracy in hip-fire for 40% aim walking speed.

Once you know all the attachments that can be used on the AK74u to upgrade it to a killing machine, you’ll need a reliable secondary weapon.

The following Sunburst secondary weapon is recommended for this AK74u loadout.

We equipped the Gunfighter Wildcard with this AK74u5 SMG class. Our primary weapon can be equipped with more than five attachments.

And, equipping more attachments is a logical move since our entire loadout revolves around the AK74u.

The following are all the perks you should equip with our recommended AK74u loadout. 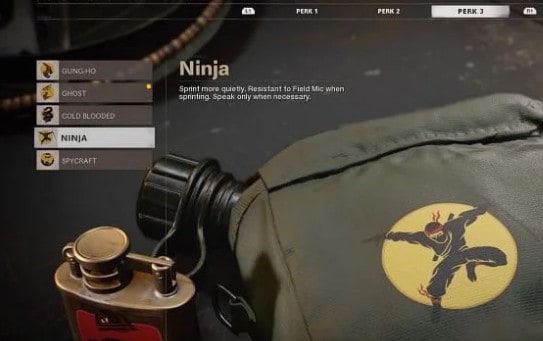 This is the loading screen for Perk 3. You should opt for the “Ninja” perk. 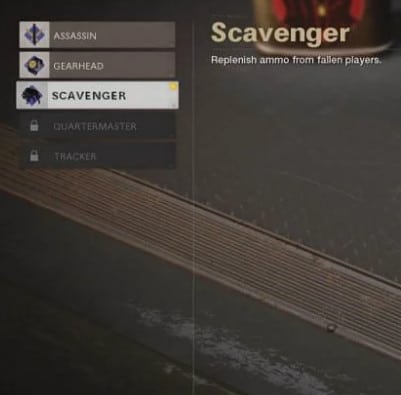 Players must choose the “Scavenger” perk under the Perk 2 tab. In multiplayer matches, SMGs are notorious for rapidly running out of ammo regardless of the magazine size.

That is why the Scavenger perks make sense. And, they also give players the opportunity to replenish their ammo after they die. 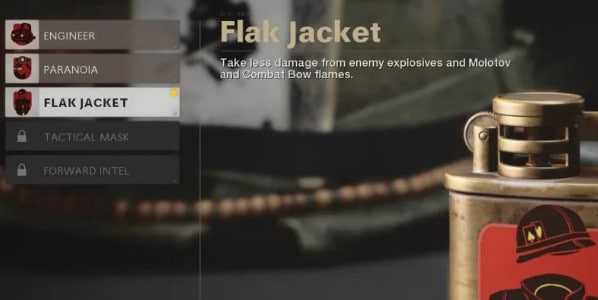 Players favor run-and-gun gameplay, so you have a little bit more protection against molotovs, combat bow flames, and other explosives. And, flak Jacket includes them all.

The best ak74u class cold war way to make an impact with the AK-74u is to play aggressively and quickly. And, as you get close to the opposition, you have little chance to counter the combination of your superior speed and the extremely powerful SMG you hold. So, set up an unbreakable spawn trap by trapping the enemies in one specific area of the map, or simply head straight toward them, wiping out anyone who tries to stop you. That’s it for this article. Thanks for reading.