In Short Hacks: Do you really play games? I mean Are you a Gamer? Well, Of course, you are that’s why you are here 🙂 Am I right? Anyway, Today here at itechhacks I am going to discuss with you that Why do I love to play games on PC rather than PS? Probably you will find out these 7 reasons for loving PC gaming over Playstation gaming in 2019!

Sup! gaming fellas!! Gaming is on fire ? nowadays. It’s on its apex from the history till now. People are starting to recognize and are giving value to Gaming and Gamers. Gamers have risen a lot. But unlike every industry, Gaming Industry also has two types of gamers, PC Gamers, and Console Gamers.

This argument is of its own kind which leads to the biggest debate. Both sides will try to show their benefits and perks. But raise your hands if you like pc gaming rather than console gaming. We know Console Gaming has a lot of perks like Special Editions, Only for PS Games, and sometimes, Games are released first on these platforms but still, PC Gaming is far better than PlayStation Gaming. Want to know how? Let’s see, so here are 7 reasons why PC Gaming has a lead on Console or Playstation Gaming.

7 Reasons Why PC Gaming Is Better Than PlayStation Gaming in 2019?

There are actually 8 reasons. Read the article till the end and you will find the hidden 8th reason why!

As time passes, what we really need in life is any kind of upgrades. Yes, Upgrades are the best part of PC Gaming. Owning a Custom Gaming PC is the best thing in the world. You can change any part of your PC easily and can enjoy latest and heavy end games. You can also run high-end graphics games on PC easily. Cool Kinds of Stuff like lighting and cooling system can be added to our Gaming Setup. You have unlimited hard disk storage, where you can store hundreds of your favorite games and many kinds of software which can enhance your gaming experience.

Meanwhile, the parts of the PlayStation setup are irreplaceable and can’t be upgraded. You have to buy a new setup every time, whenever a new version of PlayStation releases in the market. And this favors PC Gaming to have a lead on Console.

A custom water cooling system is one of those things which will mesmerize everyone by its visual effects. Brilliant Lighting System shows your gaming style and your persona, which literally seems like a fire.

These lights also create a kind of aura of gaming for you, where only two things exist, you and your game. You can set them according to your choice.

If you live with your family or someone and you do not have two TV sets and plus one you are a PlayStation Gamer then it’s the worst thing ever. You have to share the screen with your partner and every time you play they always interrupt which forces you to leave cause your mum says to leave it for your sis. But in PC Gaming, Every part of your gaming setup is yours and no one rules you, no one interrupts (until you are playing for hours). You don’t have to wait for your schedule to have a TV.

Nowadays, Games are highly like the real world. Developers are adding as many things which are similar to real life. Just like GTA Series, Open World Games have developed so far that they seem to be pretty real. A few years back, Games always had some kind of restrictions to do any kind of action you want to do with your characters.

At some point of stages, you needed to be commanded by developers to complete as they want and you couldn’t do things against them cause these game used to have restrictions. But as you know, now you have more command over your character than before.

So, whenever, there are a lot of things to do at the same time, you need to press a hell of keys to perform your desired action. And on whatever setup you play, you know that Console Gamers are short-handed in keys. And PC Gamers have a huge amount of keys to press it multiple times to perform a specific action. So, here again, PC Gaming is in Lead.

Sometimes you want to play old games which you played when you were a child and luckily, PC’s are supportive to complete your desires cause Consoles have compatibility issues in playing old games and actually we can’t find those games for consoles. They were not created for Consoles. So here PC Gaming has another lead on Console Gaming. However, you can choose some Best GBA games if you want a cool experience.

There was a day when Game Developers were interested in developing console-based games. (You can also develop Games Yes YOU CAN! 🙂 ) And Console Players were always trying to show their PC Gamer friends, one who can’t play this game. These Games were literally amazing and it was like that the developers do not want that PC Gamer to enjoy these games. But just after a few years, These ‘Only on PS Games’ were started to be developed for Computers too.

Like Street Fighter V, Gears of War 4, Forza Motorsport 7, Rise of the Tomb Raider, Killing Floor 2, Darkest Dungeon, Downwell, SOMA, All of those games are exclusive to either the Xbox One or the PlayStation 4. And they were marketed as “Console Exclusive” for these consoles but with time they also came to the PC.

Reason 7: You need a PC Anyway

So PC Gaming is not a bad thing. All console gamers should try for once but PC Gamers can’t play on console because they need to spend a hell of money to buy a Console Gaming Setup.

Alright! I hope, These reasons were Sufficient? Please let me know your thoughts in the comment section. Everyone has their own perspective. However, The 8th reason to make this list is that if you are planning to buy some Gaming console or Playstation than you must take these 7 reasons of Playing Games on PC/Laptop over Playstation into your consideration. Cheers! 🙂 Don’t forget to share it with your friends. 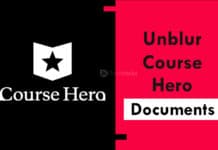 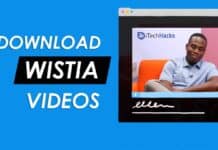 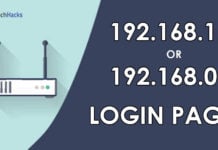