In Short Hacks: Looking For best Strategy Games for your Android Phone or Android Tablet? Cool! Here we have listed top 10 all time best and most popular Strategy Games (Must-Play) in 2017

Android smart devices are mostly known for the huge variety of games which one can enjoy playing on them. A huge number of different categorized games are available to download for free from the Google Play Store on your Android device and start playing them immediately. The Google Play Store has different categories of games and today we are going to reveal the best of 2017 Strategy Games for your Android.

Some of the categories are Racing, Sports, Adventure, Arcade, Board, etc. One of the most interesting categories is the Strategy Games category. Strategy games have been the real deal since before the Android devices or computers had been developed. People used to play games such as chess and other board games. Now, we have all those games as well as many other new games which we can play on our Android devices in single-player mode as well as in multiplayer mode with our friends and family members. These Best Strategy Games works perfectly fine on all Android Smartphones and Android Tablets as well. You guys can also play these Strategy Games on your PC by installing Remix OS in it. Hence, here we are with the list of 10 best strategy games for your Android device.

Here we have listed top 10 Best Strategy Games for Android Phone that you can download free from google play store officially.

This is one of the most played strategy games for android around the world. This is a real-time game where you can build your base camp, train your armies, attack other player’s base camps, take part in clan wars, etc. Personally, I love to play this games. You need a lot of strategies to get on the top of the best players list. There are constant updates and events introduced in the game which keeps the players interested in playing this game.

Also Read: How To Hack Android Games Without Root 2017

Almost everybody knows the basic concept of chess. It is one of the best strategy game. This game for Android devices is derived from its board game. Chess is considered to be an ancient game which was played even by the kings. Now, you can play this strategy game on your Android device and challenge the players from all around the world. This is very useful for all those people who wish to check their strategy in chess.

This game has been out there for a long time. Pocket tanks is available for PCs also. You can play this game in single-player as well as in multiplayer mode with your friend. In this game, you have to estimate the distance between you and your opponent tank, adjust the power and angle of your shot accordingly. The highest damage giver wins the game. There are various weapon options available which you can choose at the start of the game.

This game is developed by the creators of Clash of Clans. And they have maintained the level of strategy in this game too. People have loved this game ever since it was launched. Even Clash Royale is a real-time game where you need to earn chests, collect new cards, upgrade cards, destroy enemy towers, challenge your clan mates, etc. It is really fun to play this strategy games.

Amazing Strategy Games for Android. With this game, you will become an authentic hacker. It infects the virtual networks of your enemies in this cyber war but doesn’t neglect the security of your own network. It is a world battle in which there is no hiding place, only the strongest can win. You can download this amazing game from Google play store.

This is the classic block game is maybe the most interesting puzzle game you will ever play. It is very simple yet complicated. The gameplay is very simple. You need to place the pieces on the board such that they will vertically as well as horizontally. Once you do it, the blocks will disappear making space for new blocks. This makes it a never ending game.

The name of this game itself sounds very interesting. The gist of this game is that zombies are about your home and you have to use your arsenal of 49 zombie-zapping plants such as peashooters, wall-nuts, cherry bombs to emulsify 26 types of zombies before they burst down your door.

This game revolves around a nuclear war that has turned the world into a wasteland and zombies are trying to get to you. You have to plan so that you stay alive. This is one of the best online strategy war games for Android.

In this best strategy game, you are in the year 2085 in the wake of world war 3. This has caused the government organizations to fail, and the only powerful organization is known as the War Corp. You have to build towers, train an advanced army, and conquer your enemies in all-out battles against commanders and thousands of opponents online in a world of war-torn lands for valuable resources and richness.

Wrap Up: These were some of the greatest best strategy games 2017 which you can download on your Android devices for free and play them to your heart’s content. If you want any game hacker app then you can also download it from the link. If we have missed out any such amazing strategy game then please let us know in the comments section below. strategy games unblocked 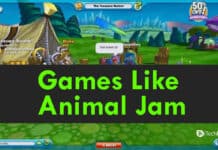 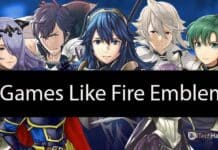