Elden Ring is one of the best games right now. The game is also a critically acclaimed one. Interestingly, this game from FromSoftware has won the most anticipated games for consecutively 2 years. However, even the best can have some issues. Similarly, Elden Ring players are unable to summon cooperator. This is one a kind of error and is disturbing a lot of players. But don’t worry; we have here some of the best fixes to this issue, along with why it is happening to you. Let’s begin.

Why Are You Unable to Summon Cooperator in Elden Ring? 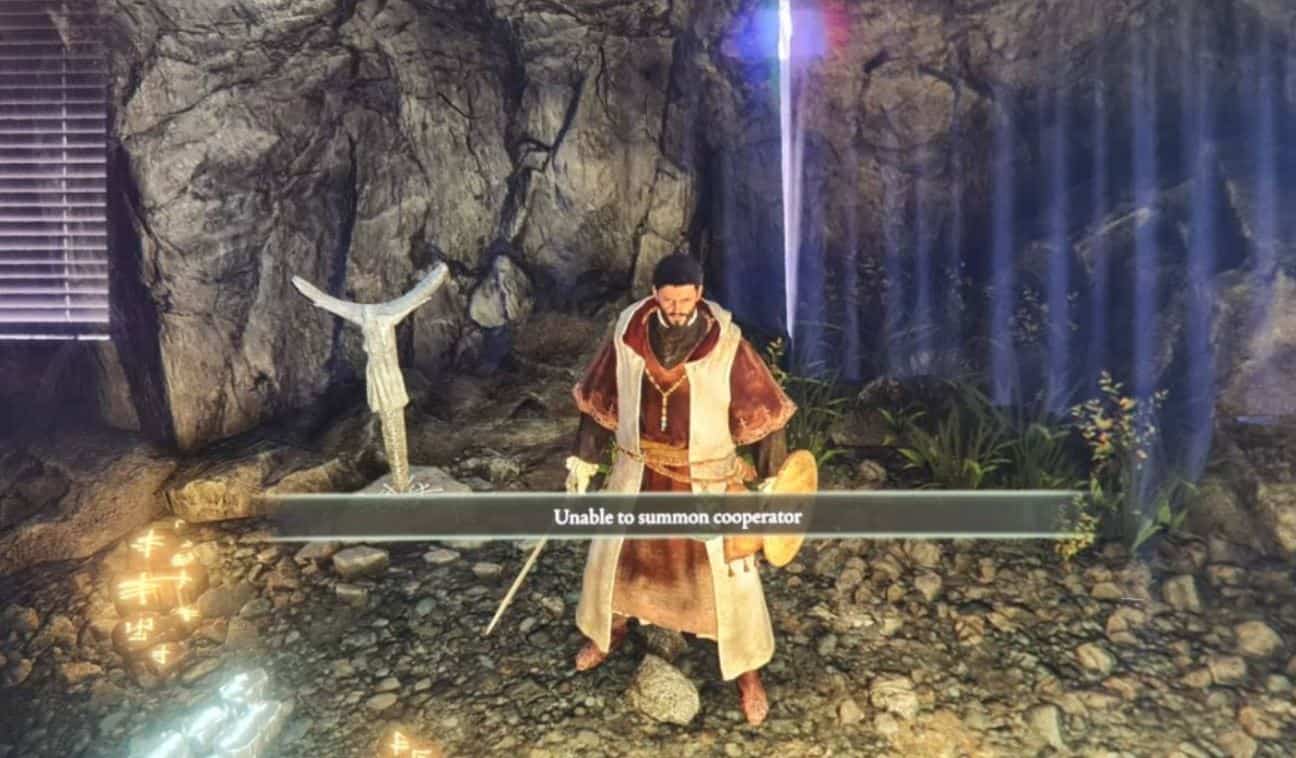 Well, there can be many reasons as to why you are unable to summon cooperator. There can be issues such as your internet is not working as fast as it should. After that, there could be a corrupt IP cache in your system memory that is not allowing it to interact with the server.

Furthermore, the game’s servers should work properly and if there’s a server issue, you cannot do much but wait. Since you are already running the game but just unable to summon cooperator so we are ruling out DirectX and Microsoft Visual C++ issues.

Nevertheless, there are a lot of things you can try to fix this issue. However, before trying this, make sure your multiplayer is working because a lot of users also reported that Elden Ring multiplayer is not working.

Possibly, one of the easiest ways to fix the unable to summon cooperator error is to restart your PC. Restarting can also fix other issues such as lagging and stuttering. However, we advise you not to simply restart your PC.

Instead, keep the power button pressed for 10 seconds and then turn it on after 1 minute. This is known as hard booting and this can solve any potential issues. In case this didn’t help, follow up with the next fix.

According to Eldern Ring forums, the game requires at least 10 Mbps of internet speed. If you don’t have that, you may suffer from being unable to summon cooperator error.

Either way, if you think you have enough speed but still there’s the issue, try to move near the router or try to switch from a wired network to a mobile hotspot and check whether the issue persists. You can also try restarting the router.

If nothing helps to speed up your internet follow these steps:

If speeding up your internet didn’t help, follow up with the next fix.

Like most modern-day video games that run via the internet, Elden also operates on servers. Although the server and fixing them is not in your hands, it is possible that due to server issues, the game is unable to summon cooperator. Follow these steps to check Eldern Ring Server:

If the server is not up, there’s no other option than to wait. However, if you don’t see any issues from the server side, move on to the next fix.

Sometimes game files get corrupted due to some issues and show up as unlikely errors. As a result, repairing these corrupt files is probably the best way to fix the pesky unable to summon cooperator issue in Elden Ring. Follow these steps to do the same:

Wait for few minutes until the process is finished, restart your PC and then start playing the game. Check whether the issue persists or not.

Fix 5: Check Whether You Are Summoned By Someone Else

It is possible that someone else has already summoned you and you are seeing this error. There’s a product called Furlcalling Finger Remedy in Eldern Ring. You can use it to interact with others to know whether they have summoned you or not. Here’s a way to get this:

If you can see that someone else is summoning you, you can ask them to stop and summon operator.

Although unlikely, if none of the above methods has helped you fix the unable-to-summon operator error, reinstalling Eldern Ring is the only option left. Follow these steps to reinstall Elden Ring:

Wait for the game to download and install itself. The unable to summon cooperator error should be solved by now. If it doesn’t, you haven’t read the guide properly or maybe missed out on some steps. Please read it carefully.

Well, that’s all we have here about how you can fix the Elden Ring unable to summon cooperator error. We hope this guide has helped you.