Having a bigger screen means you can efficiently multitask on your tablet. The tablet already supports multi-active windows, also known as Multi-window features, which allow users to multitask by running two to three applications at the same time. If you have a Samsung Galaxy S8 tablet or S8 Ultra, then you will have the option to use the Split Screen and divide your screen into two halves for using two applications at the same time.

How to Split Screen on Samsung Galaxy Tab S8/S8 Ultra

You can Use the Split-screen feature on the following Samsung Tablets running on One UI 4 or above:

If you want to use the Split screen on the Samsung Galaxy S8 tablet, then you can follow the steps given below- When you open the app, you can click on the resize icon on the top right corner of the app window. Now you will have to manually resize the apps by dragging the sides of the app window. You can do the same for other apps and use them in split-screen mode. 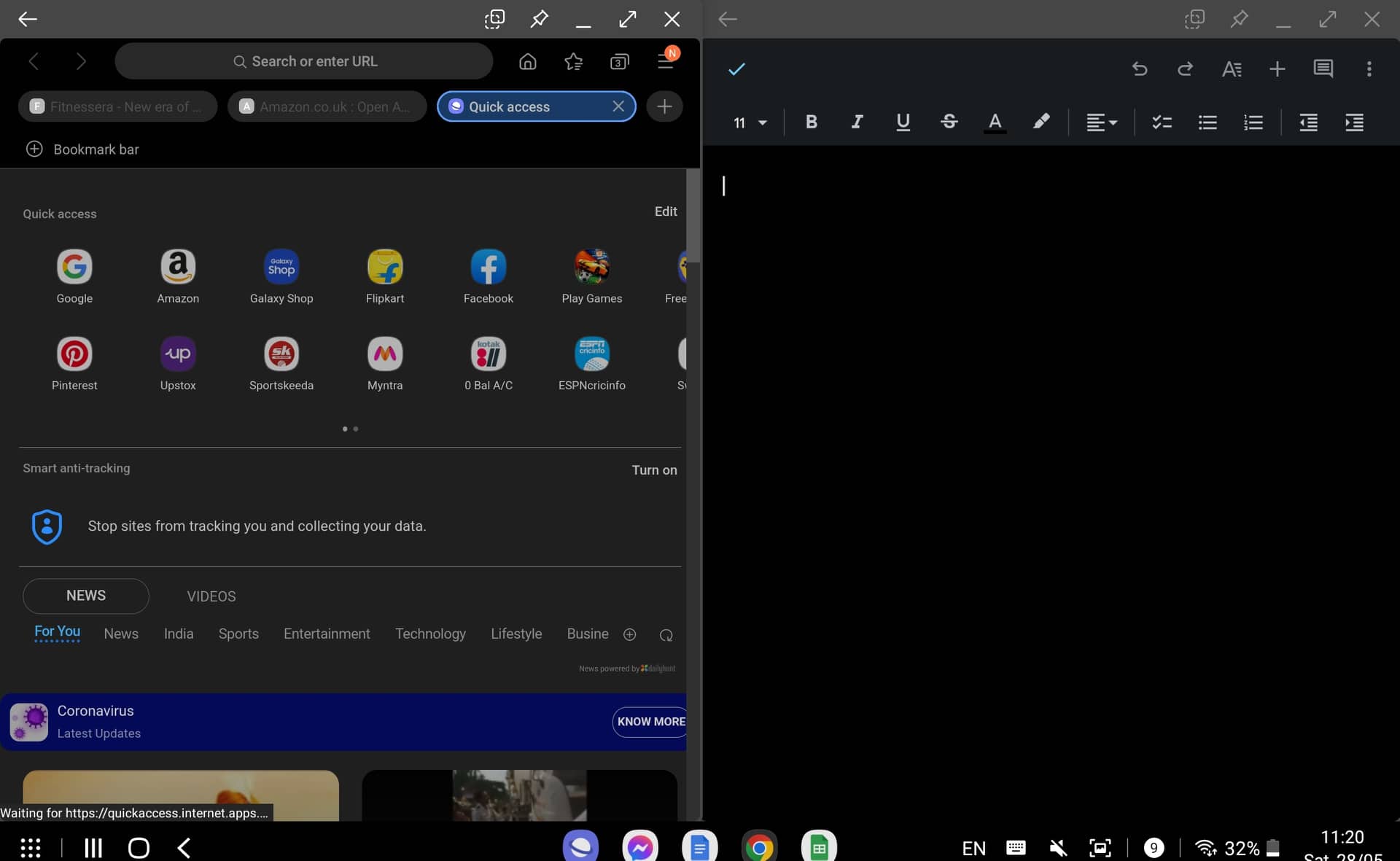 An easy way to do this will be using keyboard shortcuts. If you have keyboard book co er and you are using it currently, then simply press the CMD + (Left or Right Arrow) keys to use the app on the split-screen.