Linux is an evergreen operating system. But the majority of users are still stuck with windows. Because in Linux beginners may feel difficult about using Linux. But the reality is that Linux is a very interesting OS instead of Windows. Indeed, most programmers and hackers use Linux and its distros for coding and development. So here we have listed the top 10 best Linux distro for gaming (distribution) that you can use on your PC for free.

Linux is an open-source operating system similar to UNIX and is free for download and use. Linux is cross-platform and thus can be installed on PCs, laptops, mobile phones, video game consoles, TVs, netbooks, cameras, DVD players, planes, servers, Large Hadron Collider, and supercomputers. The popular mobile operating system Android is based on a Linux kernel. The operating system can be redistributed, expanded and used completely free of charge and since it is open-source, updates are quickly released by users and bugs are squashed by the community.

Linux has many different variants called flavors or distros built by the community. Each distro offers specific features to the user such as programs for server maintenance or security testing. Here are some distros we think are worth taking a look at:

SteamOS is based on the Debian distro and is designed to run games from Steam and Valve. It lacks essential programs like a file browser and media manager and is meant only to be used on gaming machines. It is being worked on for everyday use. It has updated third-party drivers and can handle switching from games to Steam and SteamOS. They are in talks with Twitch for live streaming without the use of any other software. It has a built-in Steam store, and so installing games is easy.

Want to use Android on PC but don’t want to install emulators? Then this is the right distro for you. Remix OS brings the functionality of Android to your PC by allowing you to access over 2 million apps on the Play Store. It runs on Android Marshmallow and is currently available on hardware made by Jide, but you can also download it for machines running x86 or ARM architectures.

Must-Read: How To Install Remix OS on Windows PC

ChromeOS is the commercial version of this distro which ships with Chromebooks. ChromiumOS is open source and is light on the hardware. Google developed it exclusively to work with web applications such as Google Slides and Google Spreadsheet. The drawback of this operating system is that it becomes less useful without a good internet connection.

If you want your computer to run MacOS but don’t have a Mac then this distro might interest you. Although it is not MacOS, it looks similar to it. It focuses on an easy user interface with functionality and minimal documentation. You cannot create shortcuts on the desktop but can run apps from the app drawer. You can use this as your daily driver if you don’t mind the glitches and bugs.

One of the more user-friendly distros, Mint comes with many popular free packages such as LibreOffice and Firefox browser. It is updated every six months, and new features are integrated. If you are new to Linux and don’t know which distro to use, you can reliably use this one. Mint comes in two flavors – Debian and Ubuntu, but the differences between them are not noticeable.

RHEL or Red Hat Enterprise Linux claims to offer military-grade security for networks with 99.99% of uptime. It provides services such as network firewalls to isolate applications and protect users from breaches and intrusions. You can safely deploy RHEL in your virtual or cloud networks. Although it is now discontinued, many new distros like CentOS derive inspiration from it.

If you have used Raspberry Pi computers before you might want to look at this. Raspbian is made bearing in mind the hardware restrictions of the single chip Raspberry Pi computer. It is derived from Linux Debian and uses an LXDE environment for low power and resource consumption.

Ubuntu is a most used operating system for hacking and programming. This is one of the best Linux distros that you can use instead of kali and windows. The support provided by the Canonical and open source is just awesome. Ubuntu is one of the highlights of Linux desktop situation.

Another best Linux distributions that you can use right next to your windows. While one may claim that allow it to be widely used and Canonical has worked hard to produce Ubuntu, other operating system programmers have committed themselves to make among the Linux distros. Zorin OS is another player who has concentrated itself to reliability and user-friendliness.

Wrap Up: Above is top 10 lists of best Linux Distro of 2021. if you are looking for the best Linux Distribution then you can choose any from the list free of cost. Due to some issues, we haven’t added any download link. No Worries! let me tell you how could you find a download link to these Linux Distro. Open Google and type any of the names from the list with download keyword. You will definitely get the real and working link. These were our picks for the best and most interesting Linux Variants. What are your favorites? Do let us know. 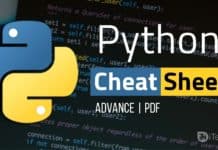 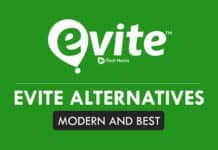 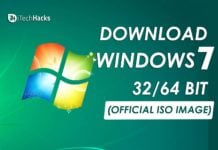