Did you ever play 4 in a Row (Connect 4)? There is nothing better than a classic two-player puzzle game to challenge your brain. However, it is popular among iPhone users too. Many users want to play Four in a Row on their iMessage app on iPhone, but they can’t able to do that as they don’t know the rules and regulations of this game.

So, whatever your play style is – with a friend or a tough virtual opponent – we have it covered. You can get all the info you need here on how to win connect 4 on iMessage. 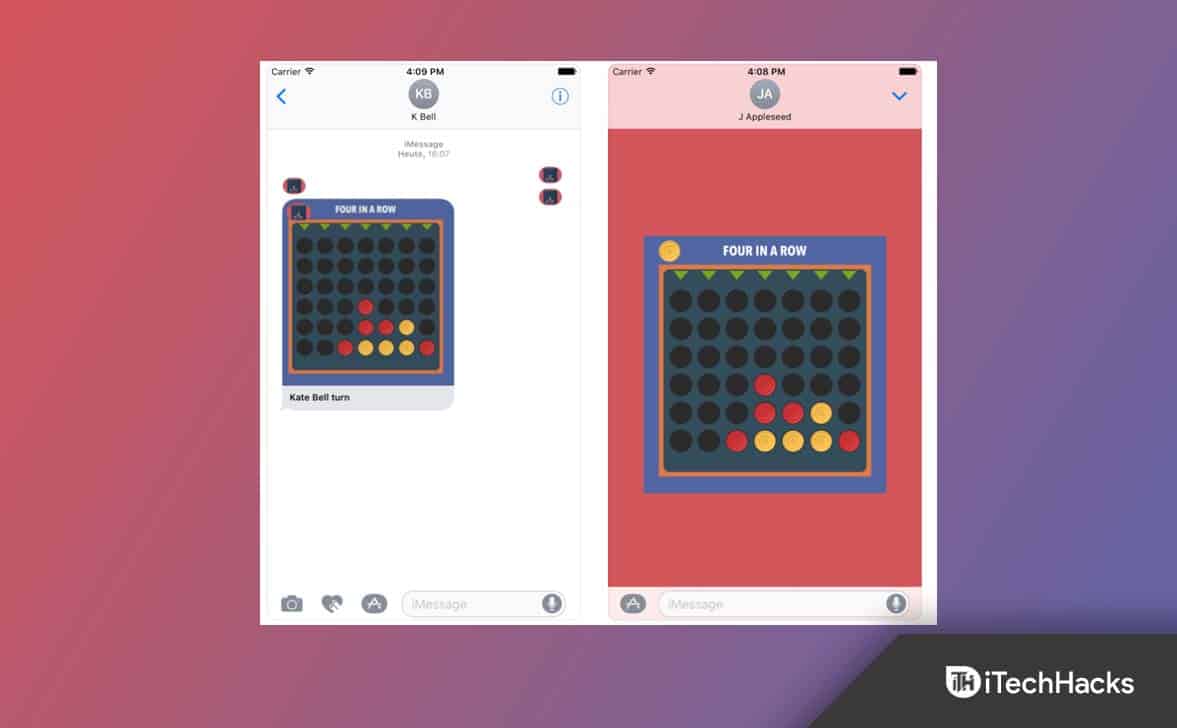 What is Four in a Row Game on iMessage?

The name suggests that the game of four consists of aligning four identical colored discs. Any other color in the row does not block discs, whether vertically, horizontally, or diagonally. Every player gets a turn and places his disc wherever they wish on the grid, and the player with the first four discs placed wins the game.

Make sure you block your opponent so that you can make the row in order to increase your chances of winning. Just like ‘Connect Four,’ the game Four in a Row is easy to learn, enjoyable, and simple to play.

How To Get Four in A Row App on iPhone

You will be required to download the GamePigeon app in order to play and win connect 4 games with your contacts since it is not available as a standalone app on the iMessage store.

How to Play And Win Connect 4 With Your Contacts Using iMessage?

After both of you have downloaded the GamePigeon app on your respective phones, you can begin playing immediately.

Are There Any Strategies To Win Connect 4?

To win Four in a Row, you must line up four of your pieces in a row before your opponent. Your choice of color for the game pieces is yours. As you build the board, you will have several pieces at your disposal.

Boards are arranged with empty spaces. The goal is to connect four pieces in a row; you and your opponent place your pieces in those spaces.

The piece you’ve placed cannot be moved once it’s been placed. In a tie game, the first person to get a line of four wins, but the game is over if no one gets a line.

#1. Think A Few Moves Ahead Playing the game requires more than just thinking about your next move. The next step is to anticipate what the other player will do so that you can respond appropriately. To achieve this, you must try to imagine every possible outcome. It is called strategic thinking. To be successful at Four In a Row or to win connect 4, you must anticipate your opponent’s response.

It is not all about moving up and down in Four In A Row. It’s also possible to take advantage of diagonals. In cases where you feel stuck with your horizontal and vertical moves, look for diagonal options.

Observe your opponent’s moves carefully in this area as well. It is possible that they may be thinking diagonally if you are not. 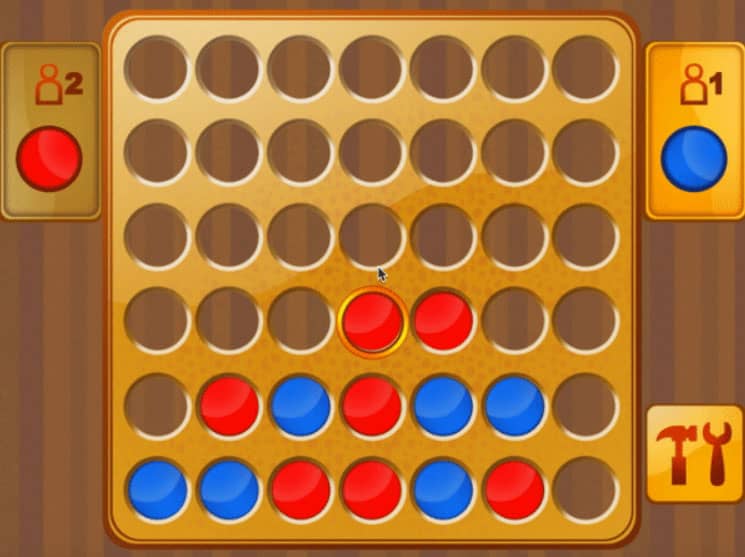 Four In a Row has this strategy as one of its key components. When you aren’t paying attention, the other player can sneak up on you if you move only in ways resulting in four connected dots.

You should instead watch out for your opponent approaching four dots at once. We need to think strategically in this situation. You’ll easily be able to predict where your opponent’s next dot will go once you’ve mastered the game. Well, blocking your opponents moves will be another great thing to win connect 4 matches.

Be careful not to be rushed by your opponent. It is okay to plan your move ahead of time. The danger of rushing is that you may miss a good strategic move or a game-changing opportunity for your opponent.

Before placing your piece, thoroughly scan the board. This is because there is no going back once you make a decision.

How To Turn Off Sound & Music in Four In a Row

When you win connect 4 matches back-to-back, you may prefer to listen to your own music rather than the upbeat background music. This means you should know where the music and sound buttons are in the game so that you can control them accordingly.

From Author’s Desk | How to Win Connect 4

So, that’s all on how to play and win Four in a Row (connect 4) on iMessage. We hope that the method we have discussed above in this guide to win connect 4 matches. However, for more info, comment below and let us know.