How To Take Screenshots in Netflix?

There are several options to capture a moment from your favorite Netflix web series or movie. Below we’ve demonstrated some methods to capture Netflix snapshots in Windows and Mac devices.

Sandboxie runs the program in an isolated environment that restricts cyber threats and other coding restrictions. By running your browser in Sandboxie, you can get through Netflix anti-screenshot technology. Here is how you can do it: Fireshot is a Chrome browser extension developed to take a screenshot of entire web pages. This extension can bypass Netflix’s anti-screenshot technology and work on Windows and Mac devices. Here is how you can do it: 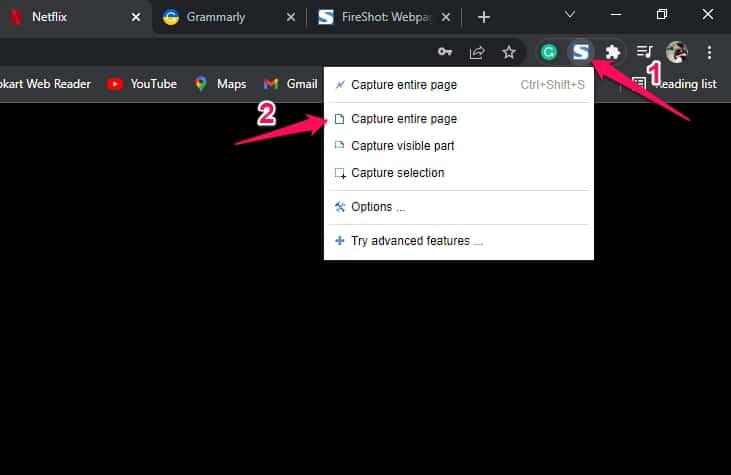 Netflix doesn’t allow people to take screenshots because of its data protection policy. This feature by Netflix disables users from pirating or stealing their content.

How to take a snapshot on Netflix without getting a black screen image?

As Netflix doesn’t allow you to take screenshots, you will need to use the third-party apps mentioned above. Using these third-party tools, you will be able to capture your favorite moments from Netflix.

Why does Netflix doesn’t allow screenshots?

Netflix doesn’t allow people to take snapshots because of its data protection policy. This feature by Netflix disables users to pirate or steal their content.

Can you screen record Netflix on your phone?

Recording Netflix on a smartphone requires more hassle than doing it on a computer. The only option is to jailbreak your device. You can also use some third-party apps to do so.

That’s all on how you can take screenshots on Netflix. We hope the workarounds mentioned above were able to help you. Still, if you have any issues, feel free to drop a comment below.