Several users have reported that the iPhone apps keep crashing after the iOS 16.3 update. You don’t have to worry about hardware-related issues, and it is more of a software issue. Apple has integrated many options in the iOS system, so you can fix the problem in the iPhone and iPad. New iOS software is the next step towards the future, and it is a must-have software update in the device. Why do My Apps keep Crashing After the iOS 16 update?

Apple is known to have a stronghold over software and hardware. They have created an impression in the market that they have highly optimized software that is superior to the competition. Undoubtedly, iOS software is indeed fluid and lasts longer than an Android phone. We cannot ignore the fact that Apple software is not perfect.

Note
iOS bug exists and it does impact the performance in the first few weeks. The official developers take time to release patches that address the issues in the system.

Unfortunately, I have gone through 1000+ blogs over the years, and none of them ask the users to submit reports. Users should take time to report a bug on the official Apple reporting app.

It’s time to explore solutions that resolve the iOS app crash issues. You don’t need third-party tools to resolve the iPhone or iPad problems, so don’t worry about spending a dime on the so-called premium tools.

Millions own a smartphone, and they don’t give the device enough rest for optimal performance. Manufacturers have engineered the components to take on continuous beating for years and still meet the expectations of the users. Give your iPhone a quick restart, and let me show you the way. 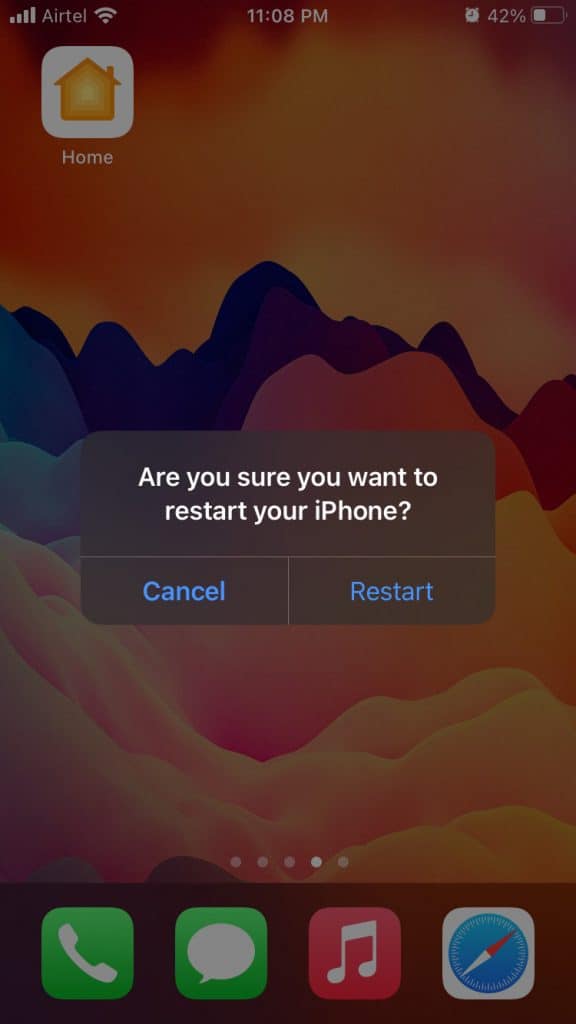 The iPhone will feel happy if you could let it sleep for five minutes. The internal components defuse the charge, and it will ensure the longevity of the smartphone.

Launch the apps and if the problem is persisting in the iOS 16.

The iOS system allows users to remove app files. You can remove the additional files saved in the device, and it will free up the storage and deal with the problem at the same time. You have to keep in mind that the app data will be lost unless there is a backup in the iCloud.

Note: The Fonts app has no problems, and I’m using it for demonstration purposes only. 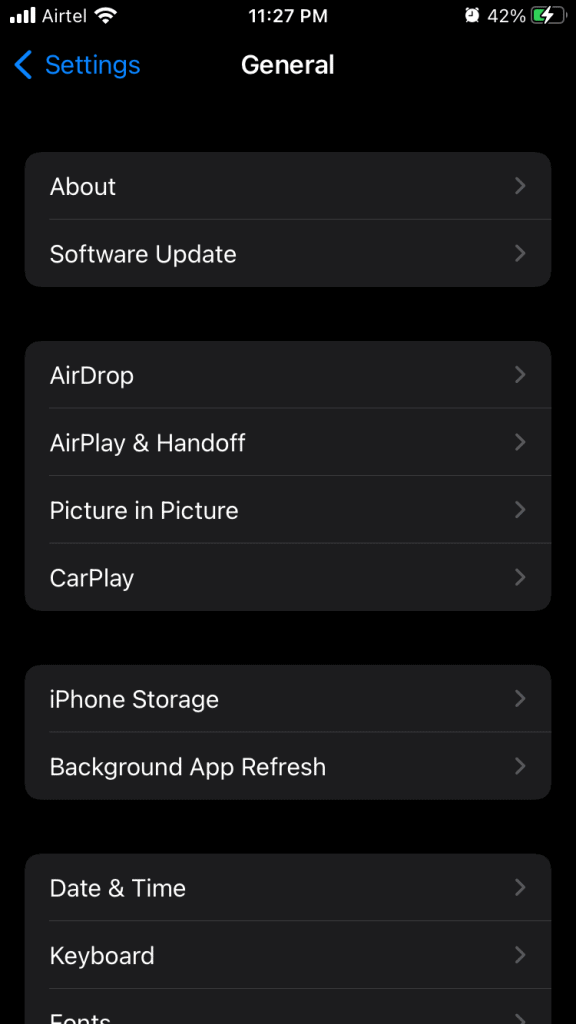 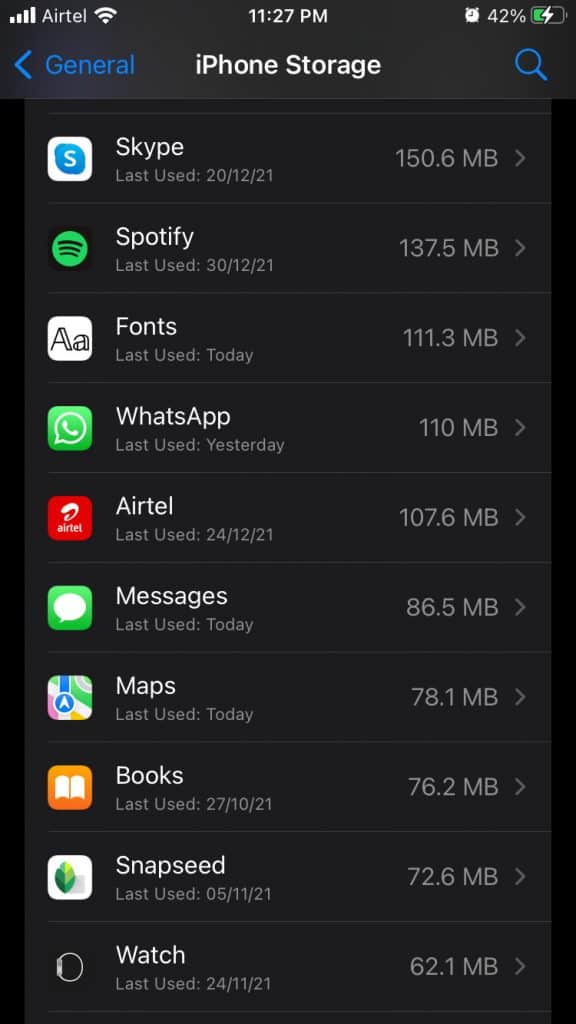 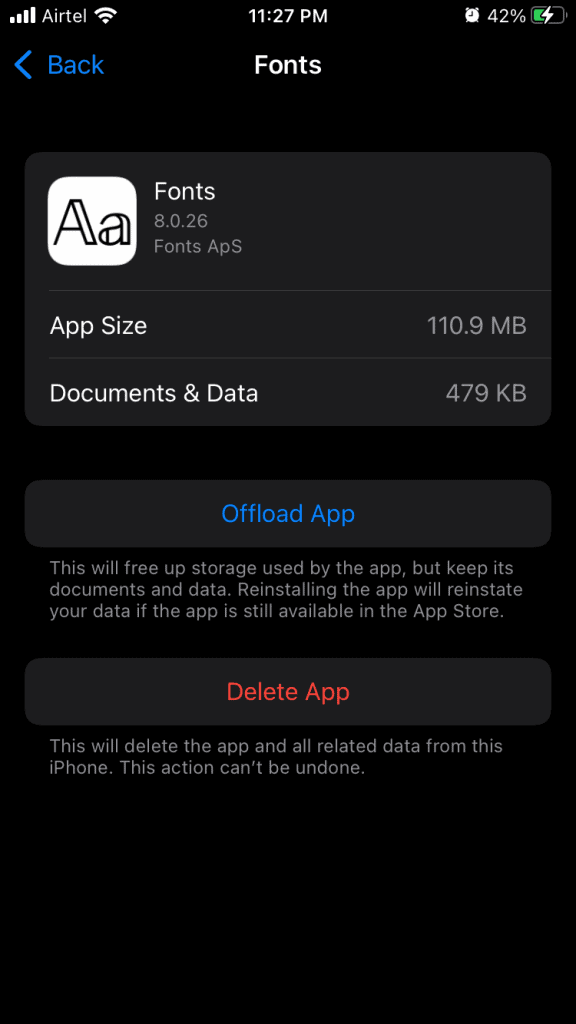 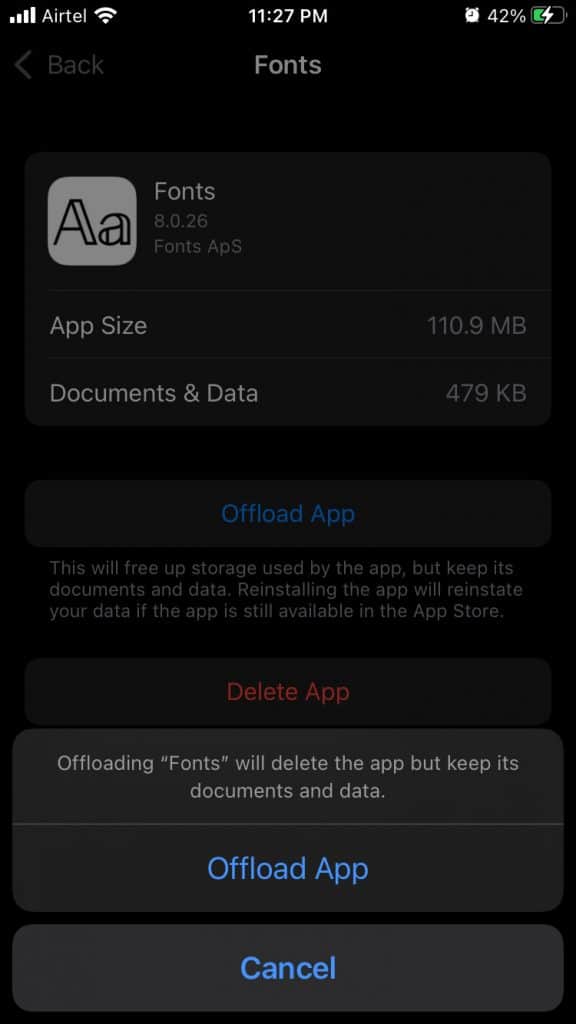 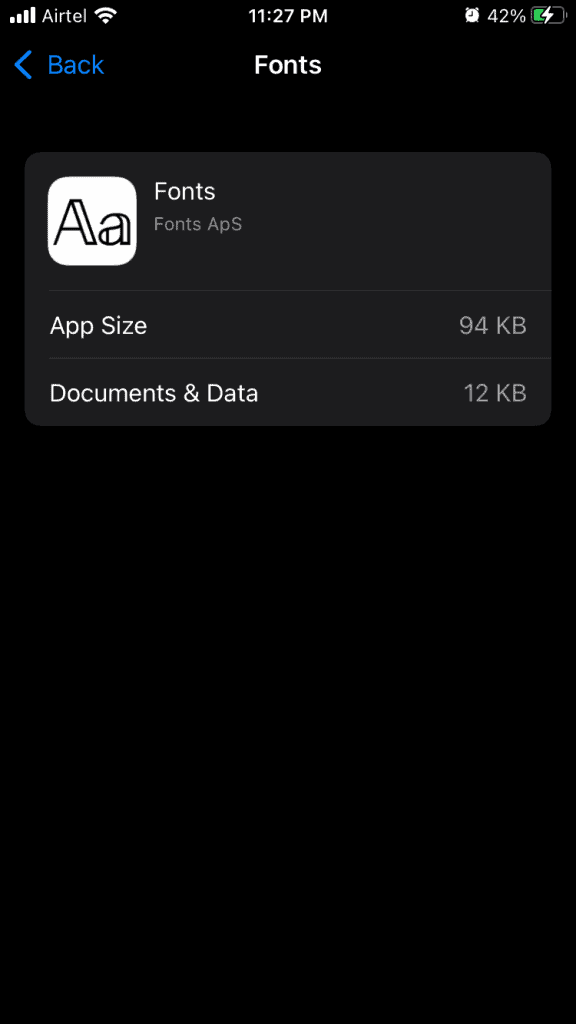 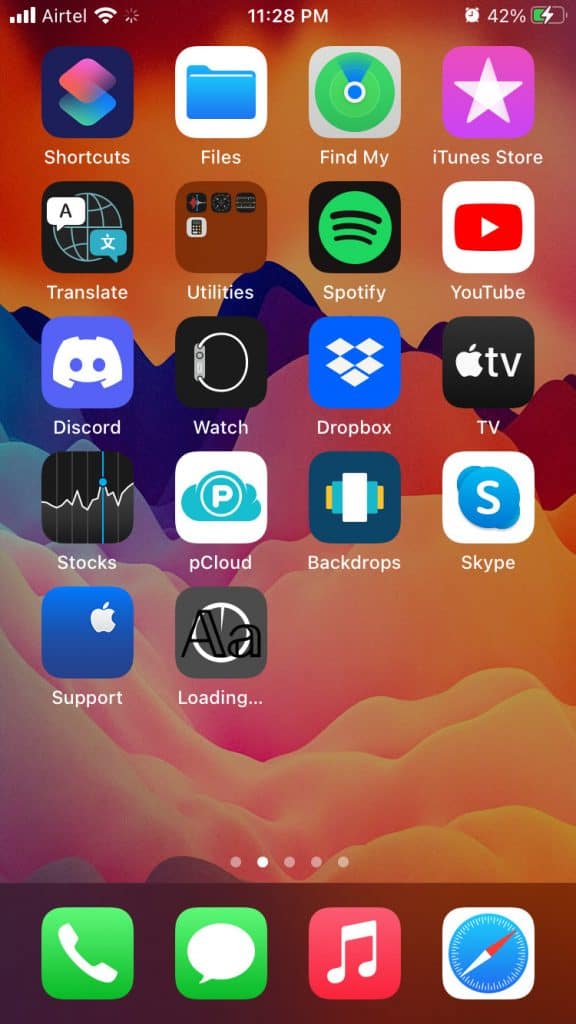 Remember, you have to make sure that the app is available on the App Store. Apple delists several apps from the store if they don’t comply with the new rules and policies. The offloaded app will not available for reinstallation if they rejected the app from the App Store.

Apple programmed the physical buttons on the iOS device. The physical buttons have a purpose, and it rejects the software sequence. The feature is called Force Restart, and it will put the device back on track, so let me show you the way.

iPhone X and later devices don’t have a Home button, so you have to press the button quickly and release them.

You have to press and release the volume buttons immediately and don’t take any breaks in-between.

Don’t pause or hold the volume buttons and you have to release each key quickly.

iPhone 7 is the first iPhone that had a touch-sensitive Home button.

The sleep or wake button on the side along with the home button must be held until the Apple logo is visible on the screen and then released.

This is the method to force restart iPhone 1st gen to iPhone 6S devices.

Smartphones are part of life, and they are assisting us to finish the work much earlier. You should come forward and inform the developer about the bug, so they can release a patch. Let me show you how to contact third-party app developers and inform them about the bug for faster resolution.

Step 2: Swipe down and tap “Developer Website” under the “information” section. 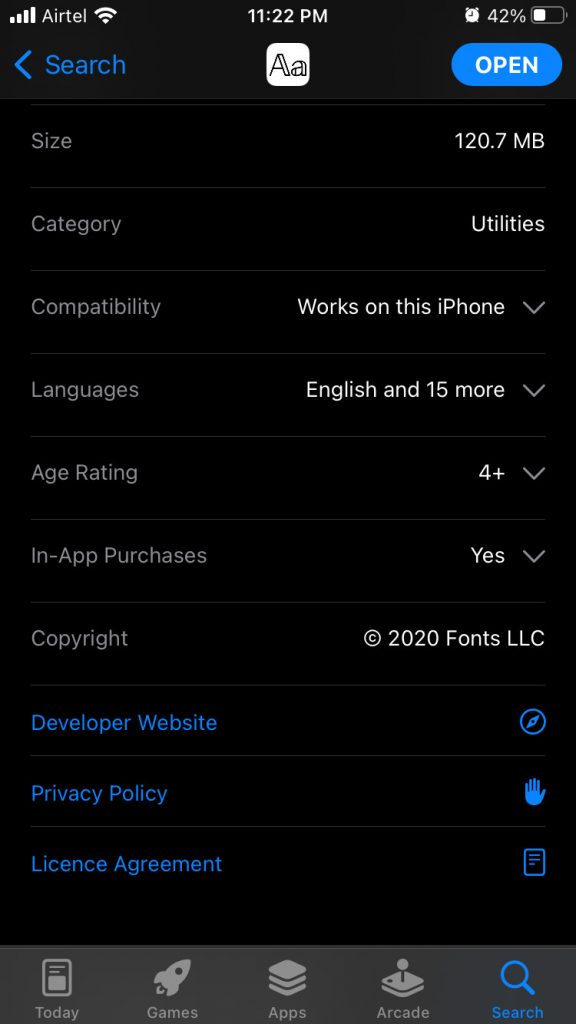 I would contact any developer if it is decreasing my workflow or saving time. The contacting process takes less than a couple of minutes, so give it a shot.

Apple changed my perception of the iOS software updates, and I want to share my experience with you. The iPhone and iPad may be the best device in the segment, but Apple is messing up lately. 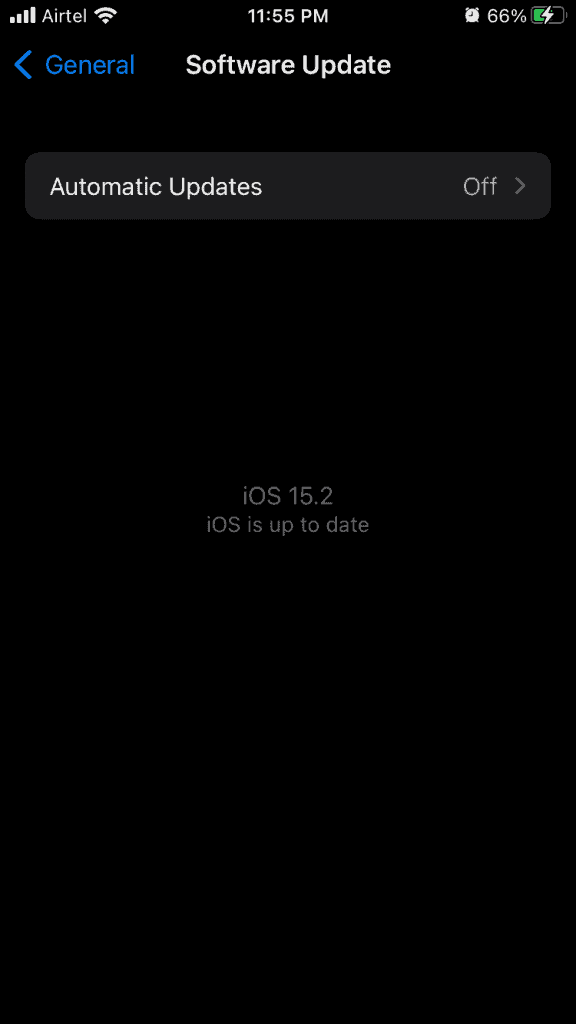 I’m asking you to read iOS software version reviews and videos online, and they should be specific to your device. Many iPhone owners have reported that the battery is draining faster after the iOS update.

Do not install new software updates without watching or reading a few reviews online. There is no way to downgrade the iOS version, and you are stuck with the unstable software.

We shouldn’t ignore the persistent issues in the iPhone, and they will trouble you even more. I solved many software-related issues by restoring the iOS software. You can use iTunes in Windows and Finder in macOS to perform the task. 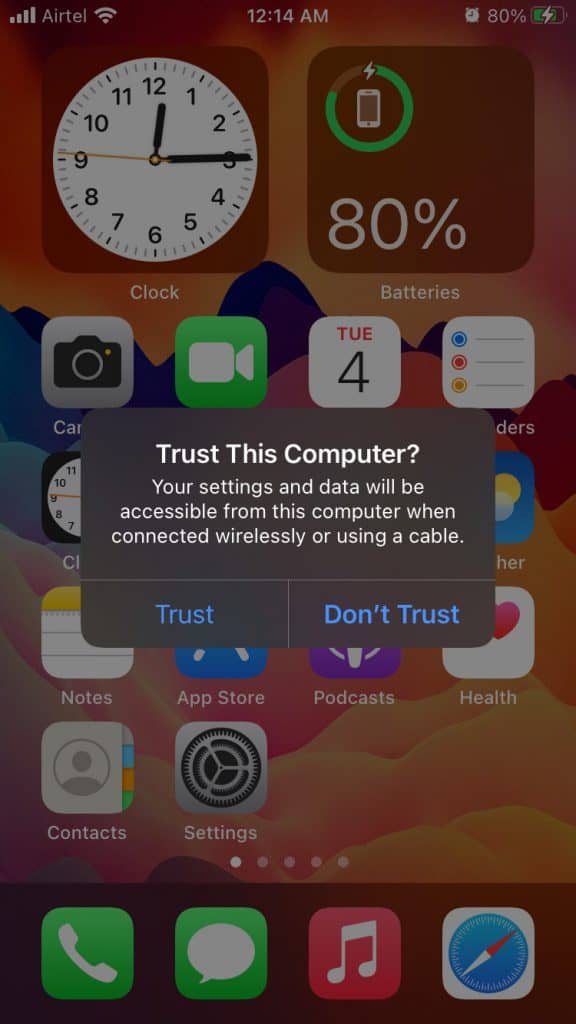 Now, you are ready to roll and restore the iOS software. 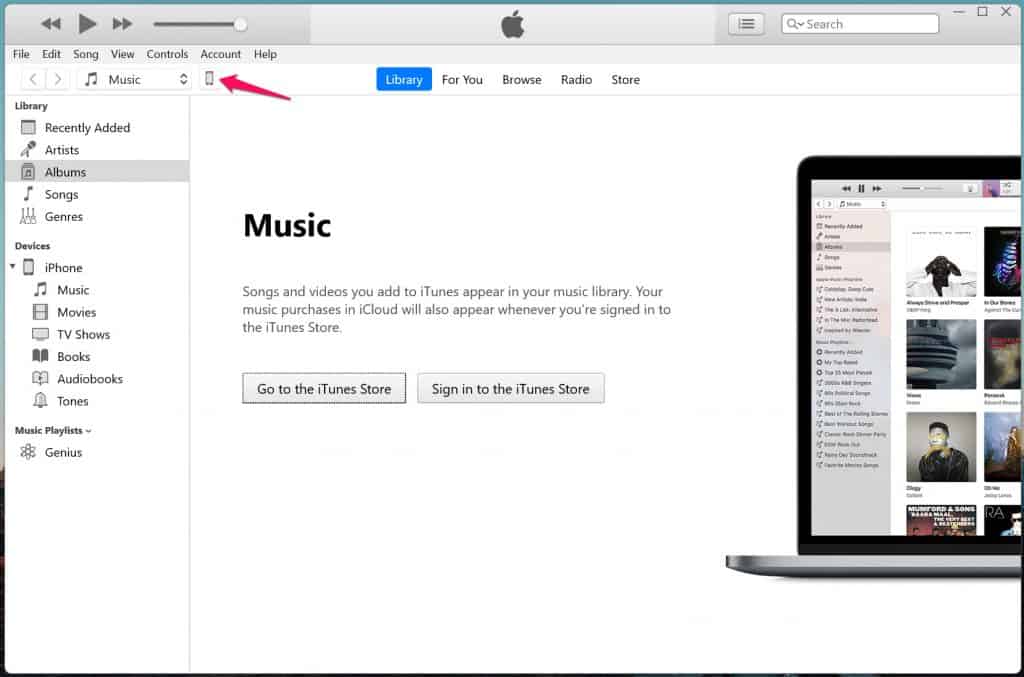 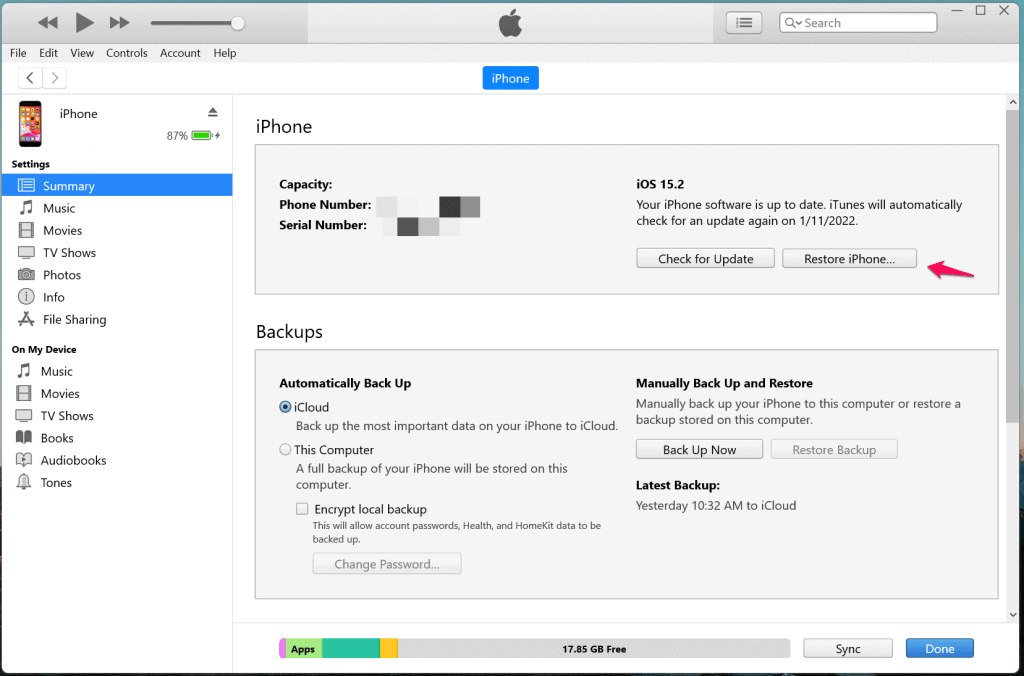 Reset of the process is automated, so you don’t have to perform manual tasks any further. Sit tight and let iTunes download the iOS DMG file from the Apple servers. The restoration process takes less than half an hour and longer if the internet download speed is slow.

You can consult the Apple service center if the iPhone apps keep crashing after the iOS 16 update. The official developers release patches for the latest iOS version, and you shouldn’t miss the new updates. Create a backup in Windows or macOS storage, if you have a slower download speed and limited bandwidth internet package. Let us know which solution resolved the iPhone apps crashing issue in the comment section below.

How to Enable/Disable Numlock at Windows 10/11 Startup

How to Permanently Delete Apps from iPhone iCloud

How to Delete Old Messages on Messenger From Both Sides

How to Turn Off Camera Sound on Snapchat

How To Buy, Sell, And Transfer Used Starlink Dish