In Short Hacks: Well, In our previous article we had mentioned that very soon we would be going to publish Bluestacks Application for your Windows PC. So here we are. There are a number of different emulators available in this cyber market but trust me Bluestacks is one such App that let you run a2ny Android Application on any Windows Platform i.e Windows 7 32BIT, Windows 10.

Bluestacks for Windows 10: Smartphones have revolutionalized the world in many ways. The concept of digitalization got a boost because of the widely used smartphones such as Android devices, iOS devices, etc. One can find numerous applications for an Android device on the Google Play Store. However, these applications are no longer restricted to the Android operating system. You can now use most of the Android devices on a Windows PC too. This is possible only because of Bluestacks App Player.

Bluestacks App Player creates a virtual platform which allows the users to run Android applications on the Windows PC. Various editions of this app player such as Bluestacks 1, Bluestacks 2 had been launched earlier. However, in July 2017, the latest edition of this app player was launched for its users. Bluestacks 3 is filled with all the features and suggestions recommended by the users and those which were felt necessary by the developers.

Some of the useful features of Bluestacks 3 are:

#1 This edition is designed for all the gamers. This is because people prefer playing games on their PC using Bluestacks since it provides with better visuals, external mouse, and keyboard support, which makes the games much more interesting and easier to play.

#2 The App Center is the place where you will find all the latest as well as popular apps to download from. Each app is backed up with its reviews, features, etc. Users can know the app before downloading them from the App Center.

#4 Minor game settings such as resolution screen fit, can be adjusted automatically. However, if you wish to set a particular setting, you can do it and save it for future use. This reduces the need to modify the settings everytime you open an app.

Step 1- Open a web-browser on your PC and go to the Download link.

Step 2- Click on ‘Downloads‘ to initiate the downloading process of the installer on your PC.

Step 3- Once it is downloaded, head to the Downloads section and launch the installer. Some additional files will begin downloading on your PC.

Step 4- When all the required files are downloaded, follow the on-screen instructions to successfully install the Bluestacks App Player on your PC.

You can now access this tool from the desktop where a shortcut will be created if you have not disabled the option while installing it.

Also Read: How To Install & Login Snapchat On Computer (Windows/MAC)

There are many such app players available on the market. However, this is one of the best App Player which one can have on their PC. Also, the services provided by this software are completely free to use. Other similar tools charge a hefty price to provide with similar features. Thus, we would recommend this app player for all those who wish to run usual Android apps or play Android games on their Windows PC.

If you have any queries regarding Bluestacks for Windows 10 2019, then please let us know about it in the comments section below. 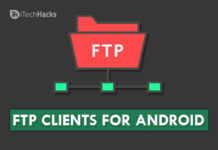 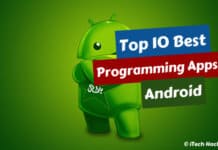 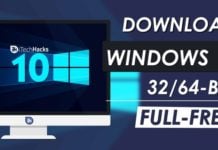