Starting in a new world is one of the most exciting parts of a new update in Minecraft. If that sounds interesting, you’ll want to look for the right seed. You can use these seeds to get started on your next creation. And, we’ll ensure you’re set up to take advantage of all the new things in The Wild Update. Here are some of the best Minecraft 1.19 seeds.

A new Wild Update has been released for Minecraft 1.19, which expands the game’s world. It’s something we’re all looking forward to. There are also some new mobs in Minecraft 1.19 and the new biomes. The best Minecraft 1.19 seeds for the Bedrock edition are here to help you explore the finest worlds with the latest update.

The seeds here feature unique spawns, impressive structures, and more. The coordinates of some key locations in Minecraft where you can teleport have been provided. Now that we have that out of the way let’s get started. Find out which Minecraft 1.19 is the best for players of Bedrock.

This seed features a flower meadow with trees surrounding it and a glimpse of the ocean nearby.

You can pillage or convert a mansion nearby into a nice living area within walking distance. Located not too far from the Spawn are also a few villages.

Bedrock is the only place where the mansion will spawn. It should be there for Java, however.

There are a lot of excellent features in this seed. Your spawn location is close to two villages in the desert biome.

Nevertheless, you should ignore them. That biome’s third village is where you will find it instead.

This is because it spawns near an Allay cage at a Pillager outpost. There is a little distance between the cage and the outpost.

In this way, you won’t have to worry about releasing the cute friendly mobs.

The waterlogged and exposed dripstone cave can be entered once you have the Allays. Caves like this are rare in general.

There are multiple lavas flowing from an exposed mineshaft as well, which makes it even more unusual.

You now have a friendly mob, loot, and enough lava to make a Nether portal within a few minutes.

The nearby mangrove swamp is also worth checking out if you’re still not impressed.

This Seed Shouldn’t Exist in Minecraft 1.19

There has been a long tradition of celebrating survival islands in Minecraft. As you progress through the game, you gain access to more resources.

But, what if you don’t spawn with an island? This seed places you in the middle of an ocean without any reliable pieces of land nearby.

You are sure to die of starvation if you somehow survive drowning.

Mojang developers were also supposed to remove lava and water spawn points from the most recent update.

And, it appears that challenging days are still ahead for unlucky players based on this seed. So, this seed is good luck to you. 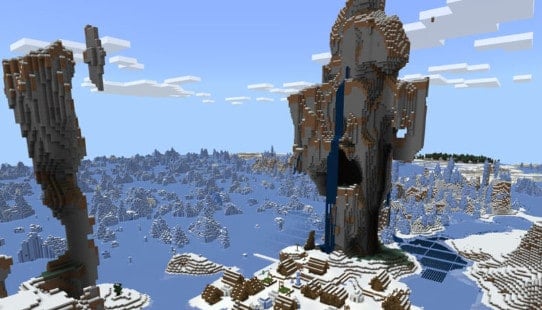 You can get cold from this seed if you are looking for it. Furthermore, you’ll discover a windswept biome and a village under one of the tall spires in a precarious position.

But, unless you’re on Bedrock, you won’t see the village. Java should be able to handle the rest. Located next to one of the largest swamp biomes in Minecraft 1.19, our next Bedrock seed gives you a taste of what’s to come.

In addition to the five witch huts, there are multiple ruined portals and small sections of other biomes.

Minecraft frogs, which were added to existing swamps following the new swamp revamp, seem to have been forgotten by many players.

These mobs can be found not only with the help of this seed. However, you can also see the regular swamps in all their glory.

8 Ancient Cities within 1000 blocks of Spawn 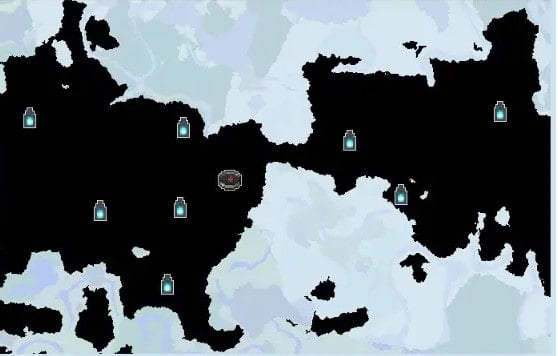 Bedrock edition of Minecraft 1.19 doesn’t have as many ancient cities in deep dark biomes as the Java edition. There is no clear explanation for this difference.

However, a solution. There are 8 Ancient Cities within a 1000-block radius of where you spawn on top of a snowy mountain. The only thing left to do is dig at your spawn point.

Make sure you have the resources to defeat Warden before entering an Ancient City in Minecraft. 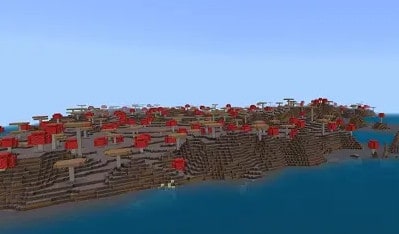 Despite Minecraft 1.19’s new biomes, mushroom fields remain uncontested. The only biome in the game where hostile mobs cannot spawn is this one. This feature makes it one of the rarest biomes in the game.

We spawn near an island with this biome when we plant our next seed. There is a safe place where you can build a Minecraft house.

Moreover, you are sure to find all the key resources you need at the desert temple nearby. 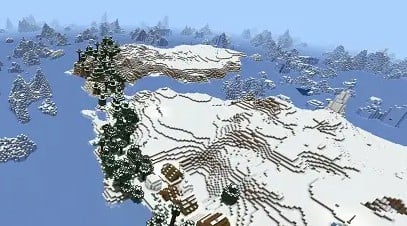 As the name suggests, our next seed will place you in an ice and snow-covered world. In order to survive this cold world, you must travel to reliable biomes and gather resources.

Only the village next to where you spawn can help you. Nevertheless, even the crops of those villagers don’t last long because of the frozen water.

So, make sure you collect food in this seed no matter what.

Allays can be found in the Woodland Mansion in Minecraft 1.19. There is a cage room where dozens of Allay can be kept.

Allay farms can be automated in Minecraft once you have enough of them. Where the problem lies is in finding the mansion.

We spawn you close to one in our next seed. However, surviving the mansion’s hostile mobs is another matter. Currently, the deep dark biome is only known to the community as a result of the Ancient Cities. How would the game be if they had never been added.

In Minecraft 1.19, you might not come across seeds like this one very often. Even without its fundamental structure, it makes you appreciate the new biome (or key attraction). 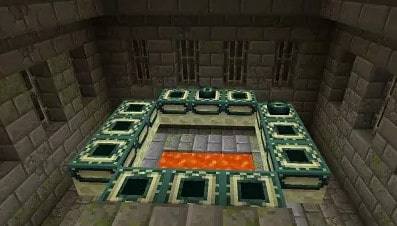 There is a notorious history associated with Stronghold generation in Bedrock edition. This trend continues even with the new update.

We have three unique strongholds within 1500 blocks of our Spawn in our Minecraft 1.19 seed. A visit to the End dimension is possible with any of them later on in the game. 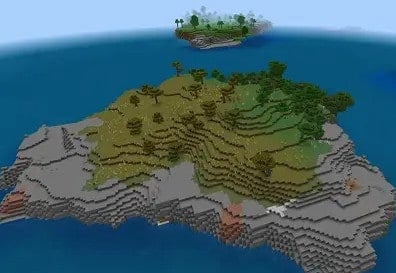 Every Minecraft player has tried their luck at a survival island, no matter what their skillset might be.

Initially, you are given limited resources, and you must work your way up the leaderboards.

A unique island with two biomes spawns when you use this seed. They blend together, namely the forest and the taiga.

The resources you need to get started can be found in these biomes. Survival, however, requires either a boat made in Minecraft or a boat with a chest.

Fish use it as a food source on the island since there isn’t much food. 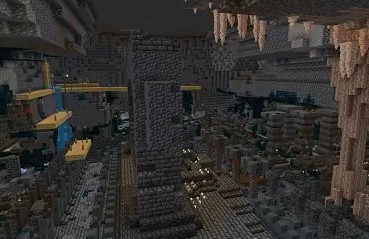 Three updates have been added to Minecraft’s caves, bringing us ancient cities, mineshafts, and cave biomes.

However, they do not usually spawn together. Other than this seed, we haven’t seen it anywhere else.

We are presented with an ancient city spawned within a dripstone cave biome merging into the deep dark biome. Additionally, a mineshaft just outside the main city area spawns as well.

Two Stronghold at Once 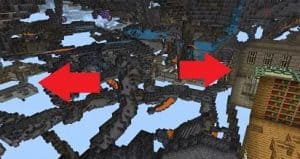 However, there is one thing you will never find within the same area: two strongholds. Hence, it is almost impossible to find a seed like this naturally.

There are two strongholds adjacent to each other in the world when you are spawned. And, there are different end portals, hallways, and loot in every stronghold.

You can use this seed to create a Minecraft Bedrock server if you want to play and race with your friends. To answer your question, we bet on the portals generation at different heights as a way of generating such a generation.

And, as the game generated the second portal, it probably did not check for an existing portal on multiple height levels. 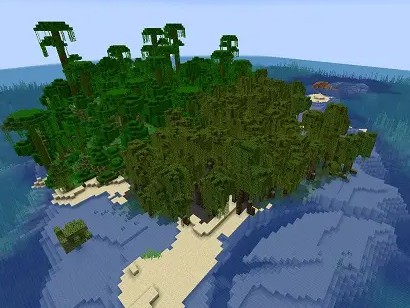 There is a common survival island seed in Minecraft that has basic resources and plain scenery and most of the resources are in the plains.

There is growing boredom among challenge-loving players with these typical islands. It’s for this reason that Minecraft 1.19 is a game-changer.

In this game, you are spawned on an island with jungle and mangrove swamp biomes.

There is something pretty iconic about the way the two biomes blend on this island. The generation of dense trees and blending of trees are both present in both.

Getting off the island will be a challenge if you use Minecraft Adventure mode to play this seed.

Upside Down in Minecraft 1.19 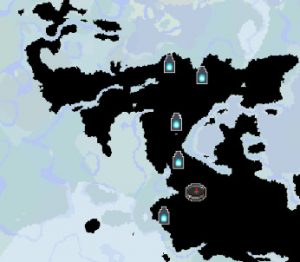 You’ve come to the right place if Stranger Things’ name brings back memories for you. With the deep dark biome, Minecraft’s equivalent of an upside-down world can be found.

Your spawn point is right on top of probably the largest deep dark biome in the game.

There are hundreds of blocks in the city, and there are five ancient cities. This biome is much larger than the number of cities indicates.

And, there is no doubt that they will make the trip to this dark world worthwhile. 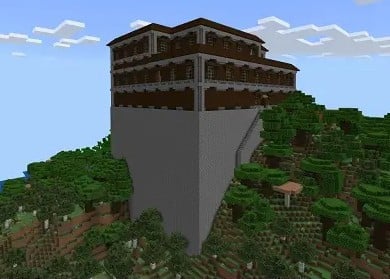 In Minecraft, players are once again seeking Woodland Mansions to get Allays after running away from them for years.

Despite their thick biome and rare spawning, finding them remains challenging.

Because of its super tall base and unique placement on a mountaintop, our next Minecraft 1.19 Bedrock seed is hard to miss.

However, it is not close to your Spawn. It’s another matter to get to it.

Two End Portals At Once 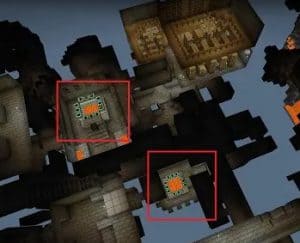 We are about to plant a legendary seed. It became famous after the 1.18 update. The end portal spawns incompletely.

This seed now gives us two end portals that are impossibly close to each other in Minecraft 1.19. They are basically right above each other.

This seed allows you to reach the End with your friend if you plan on installing the new update and speedrunning together. The portals are yours, but you have to open them yourself.

Massacre in the Village 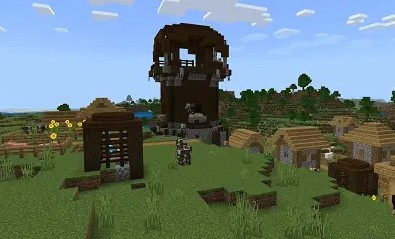 It is well known to everyone that pillagers and villagers are engaged in a war in Minecraft. It seems like Minecraft 1.19 doesn’t really comprehend the gravity of the situation.

Hence, the seed creates a world in which a pillager outpost spawns inside a village.

Once the pillagers spawn, they begin hunting the villagers. Despite the village’s iron golem’s efforts, the manhunt continues. You won’t be able to make a significant difference without your help.

However, we do get two Allay cages in the same village at the same time. And, they won’t notice you freeing them since they’re too busy.

A Tale of Three Villages We have three rare villages trapped in strange situations in our next Minecraft 1.19 Bedrock seed.

The outpost of a pillager spawns next to one of them, creating a mess for the visitors. An outpost is built inside another one.

Lastly, a jungle temple spawns in the last village, making up for the other villages. It is not common to find either of these villages in the game.

Also, your first few hundred Spawn blocks are filled with all of the villages generated by this seed.

How to Enable 4K Cinematic Mode on iPhone 14 Series

How To Fix Hulu Error Code 301

How To Fix Skype Keeps Crashing On Windows 11