The all-awaited Battlegrounds Mobile India has now been made available through early access to the users. The most anticipated game in India was launched a few days back. And yes, it brings some changes to the game when comparing it with the PUBG Mobile.

PUBG Mobile was banned in India in September last year due to certain data policies. However, the game has now made a comeback as Battleground Mobile India, and users can play the game through early access. Thus, the game did make a comeback almost after half a year when the game was first announced after the ban.

Now that Battlegrounds Mobile India has been made available, let’s discuss what changes it brings and how one can install the game on their smartphone.

How To Install The Battlegrounds Mobile India On Android?

Sadly, the game has not been available to iOS users, but now the game is available via early access to Android users, and they can download the game from the Google PlayStore. The game was made available for Android users on June 17. 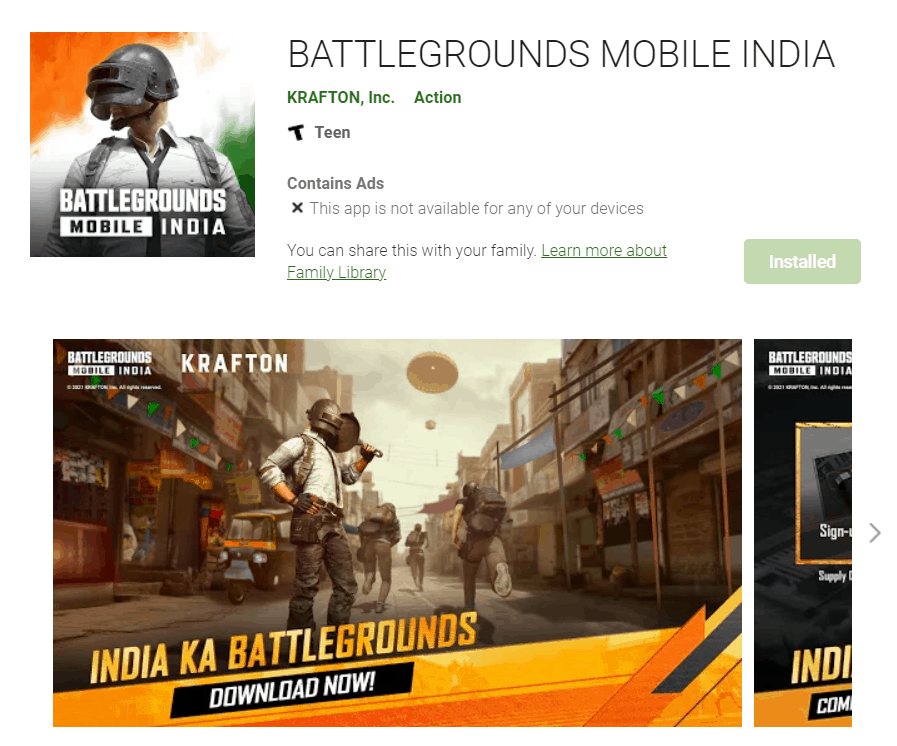 How Do I Copy My Data From PUBG Mobile To Battlegrounds Mobile India?

As the game is now available, you can download it from the PlayStore after registering for the testing program from the link given above. We hope you enjoyed reading the article. So what are you waiting for? Install and enjoy the game. Feel free to comment down your thoughts on this.

How To Read Deleted WhatsApp Messages

How to Use Split Screen on Samsung Galaxy S8 Tablet

How to Install Amazon Appstore and Sideload Android Apps on Windows...