When you look at the task manager on your computer, you’ll notice a lot of processes running in the background. Many users have reported seeing WSAPPX as a background process. Users have discovered this because it has an unusual name and uses a lot of CPU and disk space.

Many people have considered it suspicious and alarming because of the resources it occupies.

This article will discuss what WSAPPX is and why it has high disk usage in Windows 11 and Windows 10/11. 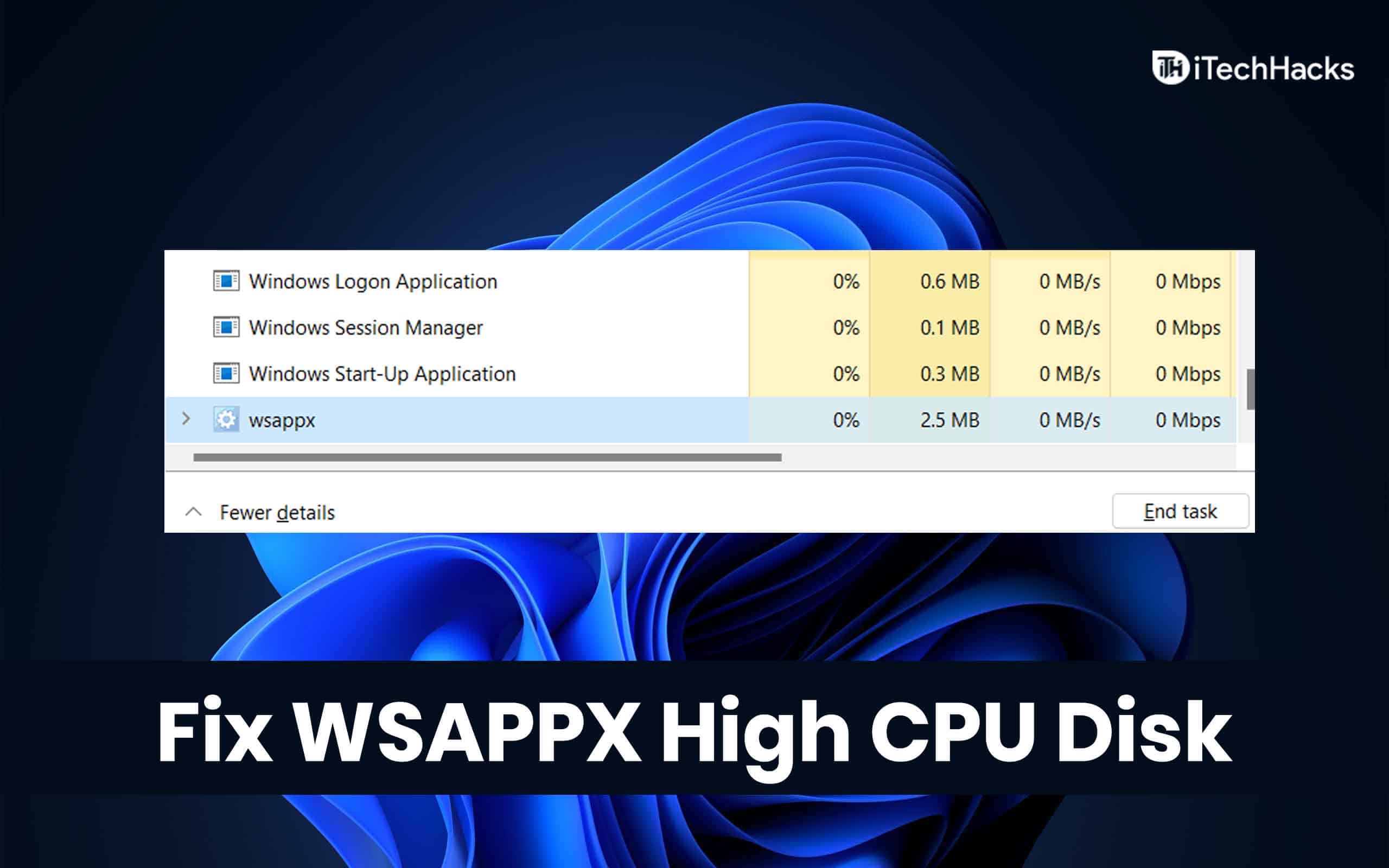 When you expand this process on task manager, you might notice a sub-process named WSService or Windows Store Service. There will also be an identical process named ClipSVC (Client License Service) and AppXSVC (AppX Deployment Service).

Why Does WSAPPX Cause High Disk Usage?

Well, this isn’t anything unique or new to Windows. Mostly, when you open Microsoft Store and start browsing around, the WSAPPX process will automatically start in the background. When you try to download the app, update it, or remove it, the process will use more resources to do the task for you.

This not only happens with Microsoft Store apps. Even when you try to install traditional apps with the traditional method or run the setup, the process will take up resources. However, if you don’t even use Microsoft Store to update apps, you might still encounter the WSAPPX process. It is because apps get updated in the background automatically.

How To End WSAPPX And Stop High Disk Usage?

Once you are done downloading or updating the apps, you no longer need WSAPPX. However, if you don’t use Microsoft Store, there’s no such requirement for WSAPPX. Sometimes you might not be using Microsoft Store and still find the process to consume resources. This can probably affect the performance of the PC. If you face this issue, then you can fix it. To fix the issue, you can follow the steps given below-

You may probably encounter this process to be running in the background if the apps are updating through Microsoft Store. To stop apps from updating automatically in Microsoft Store, follow the steps given below- As WSAPPX is a Windows process, it is not recommended to kill it. Killing WSAPPX can cause Windows to become unstable and may shut down. However, if it is consuming a lot of CPU and memory resources, you can kill it in the task manager. To kill WSAPPX using task manager, follow the steps given below- That’s what WSAPPX is. As it is a process that is encountered when Microsoft Store does some tasks in the background, this might consume resources. Please keep in mind that you have no control over this process and have no way of knowing when it will start or stop. This will start and stop on its own. It is not recommended that you try to remove it because it may cause issues with Microsoft Store and its app. If you try to close it, it may shut down your computer. If it uses a lot of your resources, don’t worry about it; Windows will take care of it automatically, and you won’t have any problems.

How to Show Seconds on the Windows 11 Taskbar Clock

How To Set Up Voicemail on iPhone

7 Steps to Free Up Storage Space on Your Apple Watch

How to Hard Reset Apple Watch in 2022

How To Download VLC Media Player From Windows 11 Store