Money Heist Season 4: Netflix Release Time and Everything You Need to Know – What’s New on Netflix – “Money Heist” season 4 is streaming now on Netflix. But what is the storyline from season 3 and how they portrait the next season, which is there and survived in Nairobi?  You should know this! 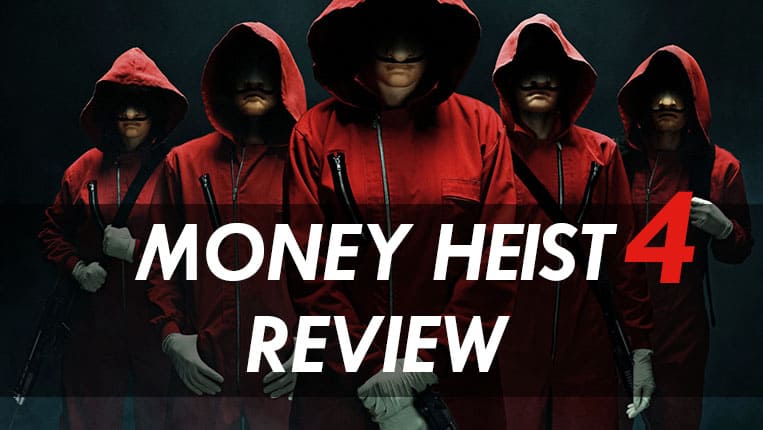 The season fourth of Money Heist is Streaming

After the violent cliff hanger of season 3, it was quite clear that there would be the fourth season of “Money Heist“.  After all, at the end of the last episode of the third season, “war” was declared. Decision-makers also owe us a response regarding the fate of Nairobi (Alba Flores).

The Argentine actor Rodrigo de La Serna is one of the new members of the third season and was named “Palermo“. Also said in an interview with “Cine Argentino”. “I may go to Spain again next year. I can already confirm that I have been signed for the third and fourth season of Money Heist ,he said.

The creators of the series, Esther Lobato Martinez and Alex Pina, quickly confirmed the sequel.  In an interview with the French newspaper Le Figaro, they said: “When Netflix ordered a new Money Heist season, we thought about it for a few weeks before making a decision. We want the public not to disappoint, we have the idea to work on a temporary break.

Time is running out because the new episodes of season 4 will be available on April 3, 2020, on Netflix.

Have Nairobi survived in season 3 of MoneyHeist – will Alba Flores be in season 4?

Nairobi, which was captured by a sniper in episode 8, is currently in critical condition.  Without them, the team would lose a competent leader and a resistant fighter, and the group would shrink further – Oslo (Joseph Whimms), Moscow (Paco Tous) and Berlin (Pedro Alonso) have already left us.  We could see the latter in season 3 despite everything, if only in the form of a flashback. It has been clear since late March at the latest that Alba Flores (“Nairobi”) has a chance to return.

The fourth part of “stealing money” becomes chaotic.  Professor believes that Lisbon was killed, and Rio de Janeiro, Tokyo blew up tanks and Nairobi oscillates between life and death. The group crosses one of its most difficult times and a new enemy among them could seriously endanger theft, “is the official summary.  The exact plot of the fourth season of ” Money Heist” does not reveal the creators, but the scenario was obvious anyway: the city gangsters are still inside the bank and have to find a way to

”Enter it Bring melted gold pearls outside.  At the moment, however, they have to take care of Nairobi and save their skin, because there is now a war between the police and the professor.  After all, he thinks that Raquel (ItziarItuno) was executed in cold blood.

One thing is certain: Rio, Tokyo, and Co. will have more difficulty than ever.  Previously, all they had to do was take care of Coronel Prieto (Juan Fernandez), who was already determined to end the gangsters once and for all – notably because the ex-investigator Raquel, whom he had little esteemed at the end of the second season. The season has changed sides – so they now have new unscrupulous opponents: Coronel Tamayo (Fernando Cayo) and Alicia Sierra (Najwa Nimri), also pregnant and insensitive.

The last video of the official channel of the series also reveals: season 4 is mainly devoted to resistance and revenge!  The professor, who is so calm, is furious and declares investigator Alicia war!

As with all Netflix originals, the series arrives at midnight in Los Angeles on April 3, 2020. Just in case you are not living on the West Coast, we have our confidence chart for each Netflix region below.

How To Clean Your iPhone Charging Port Easily

How To Get Discord Nitro For Free