However, today here in this guide, we have mentioned some of the best iOS Widgets for lock screen of your new iPhone. So, in case you are looking for some customization options for your lock screen, then make sure to check out the iOS widgets for the lock screen mentioned below. 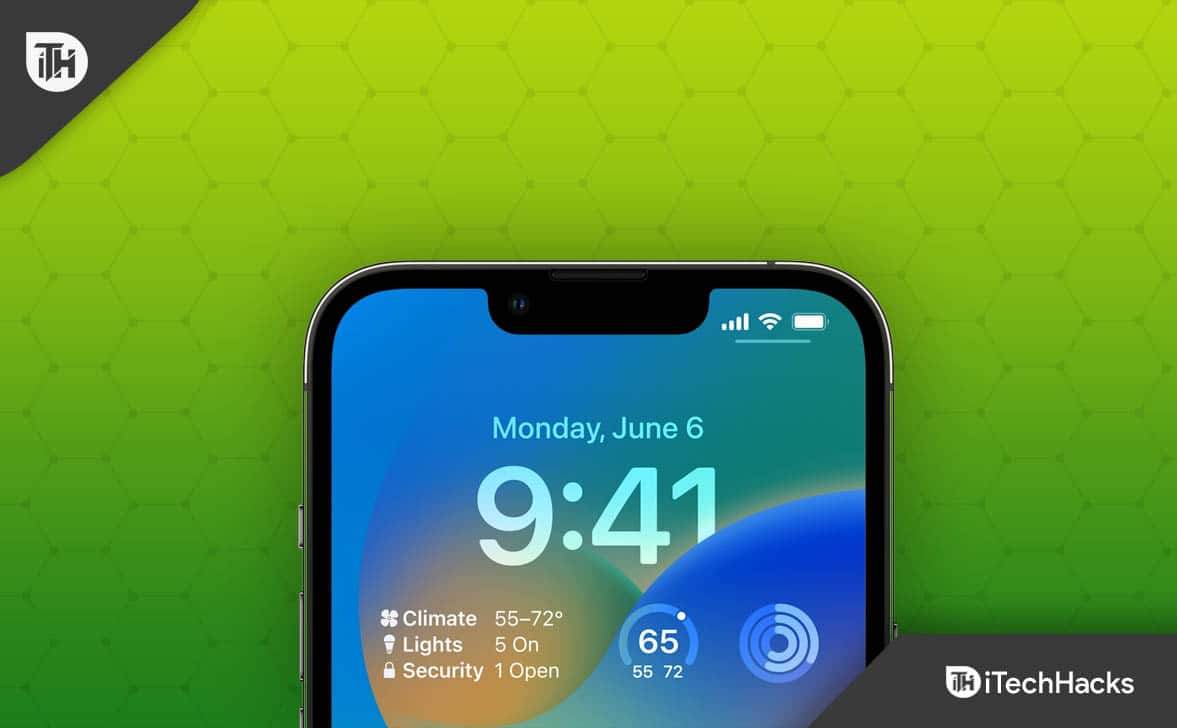 With iOS 16, Apple granted users’ wishes for lock screen customization, which was previously unavailable to iPhone users. Users of iPhones can now customize their Lock Screen with five built-in widgets: Clock, Calendar, Weather, Reminders, and Fitness. Third-party app developers can also develop the Lock Screen widgets on iPhone models running iOS 16. So, let’s check out some of the apps that will help you change your iOS widgets for the lock screen: You can use Flighty to track your flights with customizable widgets which display a lot of information, from gate codes to seat assignments to departure times, weather to baggage carousels, and gate information to arrival gates.

In addition, a countdown to your departure can be found before you leave. Without unlocking your iPhone, you can access everything on the Lock Screen. 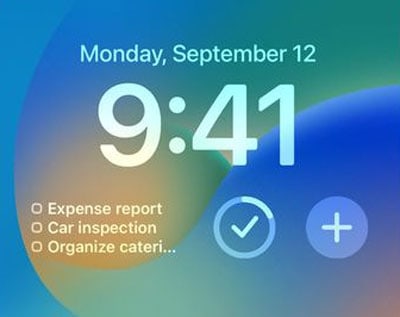 It allows iPhone users to customize three important to-do lists for their Lock Screen with Things 3. In order to keep track of today’s lists, inboxes, deadlines, and other information, you have three new widgets to choose from.

However, a rectangular widget shows these three to-dos below the clock, and a smaller widget shows a single item above it. So, you can use these iOS widgets for the lock screen and customize it. 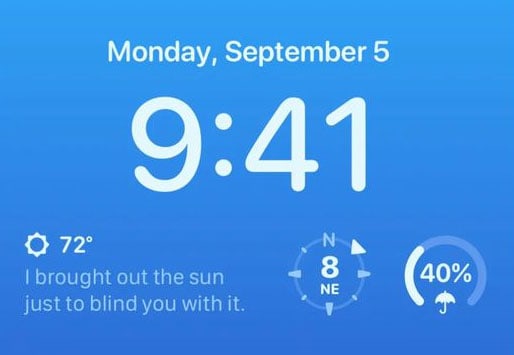 On the CARROT Weather app, there are several weather widgets. In addition to displaying conditions, temperatures, wind, UV index, humidity, visibility, and more, you can also select from a variety of widgets that indicate high and low conditions.

In addition to this, there is a Snark widget that displays sarcastic comments. There are many widgets in the app, however, which require a premium subscription.

With iOS 16, ScreenKit offers lock screen customizations to go with widgets. In addition to custom icons, the app features a wide range of aesthetic features. However, the ScreenKit add-on lets you customize your lock screen widget’s background, colors, and decorations from scratch.

Using Launcher’s widgets on the home screen and Today View has been possible for years. You can use the app to set shortcuts for accessing your favorites, playing songs, opening other apps, or calling, texting, or FaceTiming your top contacts.

With Launcher on your lock screen, you now have access to all Launcher’s features. Nevertheless, tap their face to send a message or make a phone call to your favorite person.

With Launchify, a new iPhone app released on the same day as iOS 16, you can create shortcuts to your favorite apps or bookmarks on your lock screen. In addition to using thousands of icons from its library, it lets you import your own custom icons. 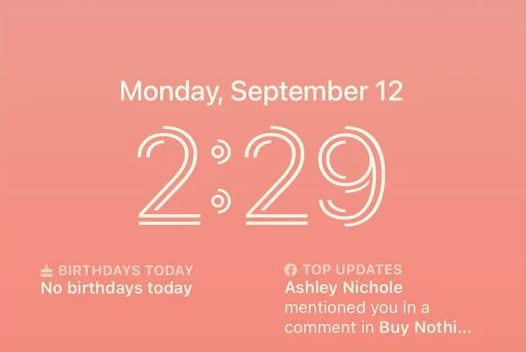 During the launch of iOS 16, Facebook surprised its users by adding two lock screen widgets to its iPhone app. At a glance, you can see your friends’ birthdays or top updates from them using these iOS widgets for the lock screen.

In addition to the circular version, the birthday widget is also available in a rectangular version. In the top updates Widget, you can view your most recent Facebook notifications; however, it is only available as a rectangular widget. 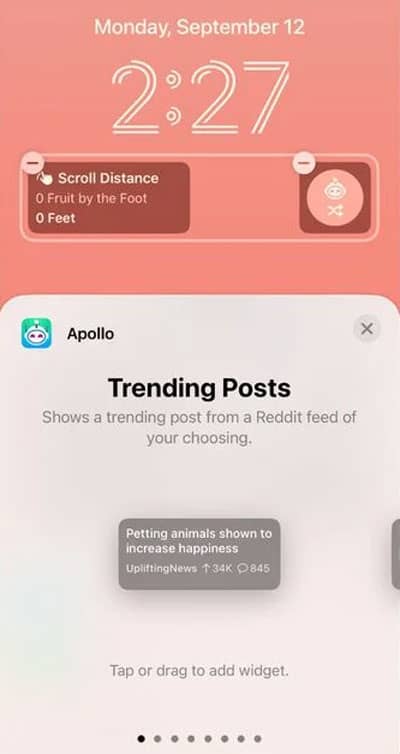 Your favorite subreddits can be highlighted with widgets so you can keep track of your recent posts, inbox messages, karma points, trending posts, and bookmarks. 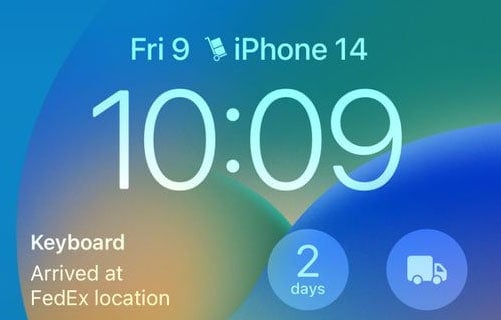 You can track your packages from 300 services, such as FedEx, UPS, and the US Postal Service, with the useful package tracking app Parcel. This app now allows tracking a personalized package from the lock screen with its latest iOS 16 update. It offers lock screen widgets in three formats: circular, rectangular, and inline.

With iOS 14’s introduction of widgets on the home screen, Widgetsmith — a robust iPhone app for creating and editing widgets made its debut. But, now you can use these iOS widgets for the lock screen on your iPhone 14.

In addition to widget customization, the app also lets you customize iPhone lock screens. The Widgetsmith application allows the creation of lock screen widgets of all types, along with calendar items, text, weather updates, and photos.

With this new feature, you will be able to access white noise directly from the lock screen. Each of the sounds included with Dark Noise can be displayed as a widget using any of the three types.

How To Add Widgets to Your Lock Screen iOS 16 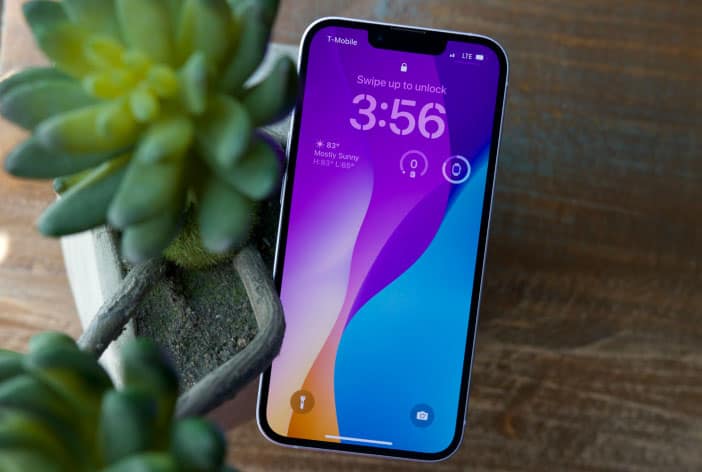 Well, you can now know some apps that will help you customize your iOS widgets for the lock screen on iPhone 14. Therefore, now let’s check out how you will add Widgets to your lock screen:

It’s all about the widgets on the iOS 16 Lock Screen, which you can customize. Lock Screen widgets can be up to five, with four below the time and one above. Third-party app developers can also create Lock Screen widgets for apps like Weather, Calendar, Clock, Fitness, and Reminders, which we have mentioned above in this article.

So, you can try all the apps and edit your iOS widgets on the lock screen of your iPhone. We hope that this guide has helped you. Meanwhile, comment below and let us know if you have any doubts or queries.