In Short Hacks: Are you looking for a free way to record your Android/iOS screen without rooting or jailbreaking it? if yeah, then surely you have landed at right article. So read this article till the end. Trust me, I know it’s not easy for you to find such screen recording apps for your device that works fine. And that’s what I wanted to help you. So What are waiting for, start downloading best screen recorder apps for your Android or iOS at free of cost.

Most of the people need Android or iOS screen recording apps if they are starting a YouTube tutorial channel or if they try to show some particular steps to be followed using a video.

Android Screen Recording Apps (No Root) record every activity observed on the screen of your Android device and stores it as a video format. You can upload this video to any website or share it with your friends using social media sites such as WhatsApp, Messenger, etc. There are many apps which will work for the rooted Android devices but, there are very few apps which do not require root access to perform their function. Here, we are going to provide you with some of the best Android Screen Recording apps which will not ask for a root permission. So let’s take a look at these apps and know what they have to provide us with.

Earlier, I was very passionate to upload my gaming tutorials on Youtube but at that time, I did use almost every screen recording apps currently available on Google play store and App store as well. and I found many of them that time just wasted my time, they don’t even work nor record any screen either. It wasted my time. But I don’t want you to waste your precious time. because – “Time is Money” 😛

Anyways, You have found many same articles on free screen recorders for Android and iOS. Somewhere, you may see AZ Screen Recorder for iOS. but there is no such app available officially on iOS App Store, neither you can’t install any APK on iOS.

How Do Screen Recorder Apps Works On Smartphones?

In this tutorial, I have covered all the best screen recorder apps for Android that are working pretty fine, so far FREE as well. And I will also show you How To record Android screen with these screen recorders step by step. so that you can get a clear understanding that how does screen recording happen on devices. The cool part of this tech hack is you need not to Root your android for this no jailbreak for iOS as well.

Here, we are going to provide you with some of the best Android Screen Recording apps which will not ask for a root permission. So let’s take a look at these apps and know what they have to provide us with.

This app is entirely free but, you will require root access if the Android version of your device is below 4.4. This best screen recorder, records videos in HD quality. The quality of screen that this app may record are 240P, 360P, 720P, and 1080P. The highest quality provided by this app is 1080p resolution, 12 Mbps quality, 60 FPS. You can add BGM and an Intro & Outro Video to make your video look attractive. The Clean Recording Mode allows you to record videos without any watermark on it. You can capture your reactions while recording game sound and your voice with Facecam. Simply, this app allows you to record screen while gaming and watching videos.

If the Android version of your device is 4.4 then, you need to root your device to make this app run on that device. Well, why to worry? Read this guide to root your devices within seconds. By using this free best screen recorder, You can record videos of 1-hour length along with audio. You can pre-set some of your commonly used configurations. You can customize the countdown timer so that you can get your screen recording set-up flawlessly. To stop the recording, shake your device or simply switch your screen off. It has a beautified and a simple interface which can be easily got used to.

This best free screen recorder is highly recommended for lollipop users. This app provides with no time limit for the length of the video. Also, no watermark of this app is added to your video. You won’t be bothered by irrelevant ads since this app is ad-free. It is extremely easy to use this app as there is a single option to start and stop the recording. This app comes with a countdown timer which allows you to make last moment adjustments. You can trim the video which you have recorded to cut down on time wasted on unnecessary things. You can also record your emotions in a small overlap window, which can be dragged to any location on the screen and customized to any size and opacity. This simple but highly reviewed screen recording apps for android will never disappoint you!

This best free screen recorder requires no root access from and Android version. Also, it is totally free and contains no ads in-app purchases. Even this app is entirely ad free. You can record videos in HD quality. The best quality is 1080p, 12 Mbps, 60FPS. The user interface of this app very user-friendly and supports over 20 different languages. This recorder provides with many resolutions, frame rates, and bit rates available as a support for HD videos. To stop recording, you can shake the device. It also comes with a GIF maker. Must read out the features of this app.

This is another amazing screen recorder app for Android devices. It is a highly simplified app with minimum settings but a powerful output. The overlay screen is responsible for starting and stopping the recording. However, there is a limitation to this app. You cannot record sound while recording the video. Otherwise, this app is as good as others.

Wrap Up: These were some of the Best Android Screen Recording apps 2018 which you can use to record your screen activities, Gameplay, and tutorials on youtube easily. I hope, you do all the steps and choose the right app for your device.  If we have missed out on any such amazing app which should have been on the above list then, please let us know in the comments section below.

Note that you can download any of these free apps for recording android screen on your phone, tablet etc. Now I can feel a little good. keep checking this article, I will make it up to date. If we have missed out on any such amazing app which should have been on the above list then, please let us know in the comments section below. 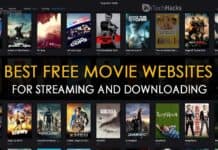 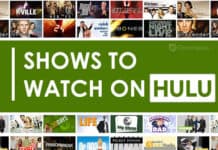 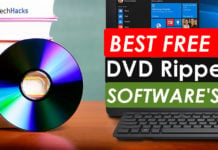