Valorant is one of the best free to play first-person shooter games developed by Riot Games for Windows. It is a 5v5 multiplayer shooter game where the first team attacks and the second one defends. The attacking team aims to plant a bomb and kill all people in the opposite team, whereas the defending team tries to avoid it. Many newbie players have difficulty understanding how the Valorant ranking system works. If you are among them, keep reading to know it.

Most players in Valorant prefer the ranked mode. The system is planned out very well, making the rank system very stable. Also, Riot Games takes quite an effort to improve this system from time to time. Besides all these, many players are still unaware of how the ranking system works. So without any further ado, let’s get started.

Valorant Ranking System could be a bit confusing for newcomers. However, it’s almost similar to other multiplayer ranking systems with some differences. One major one is that you cannot just start with the ranked mode directly. You will first have to complete 10 unrated matches to unlock the competitive mode in the game.

The developers suggest players unlock the requirements in form of match competitions. It isn’t a perfect solution, but completing 10 unrated matches requires dedication and commitment.

There are eight ranks or divisions in the Valorent ranking system. All of them are mentioned below: 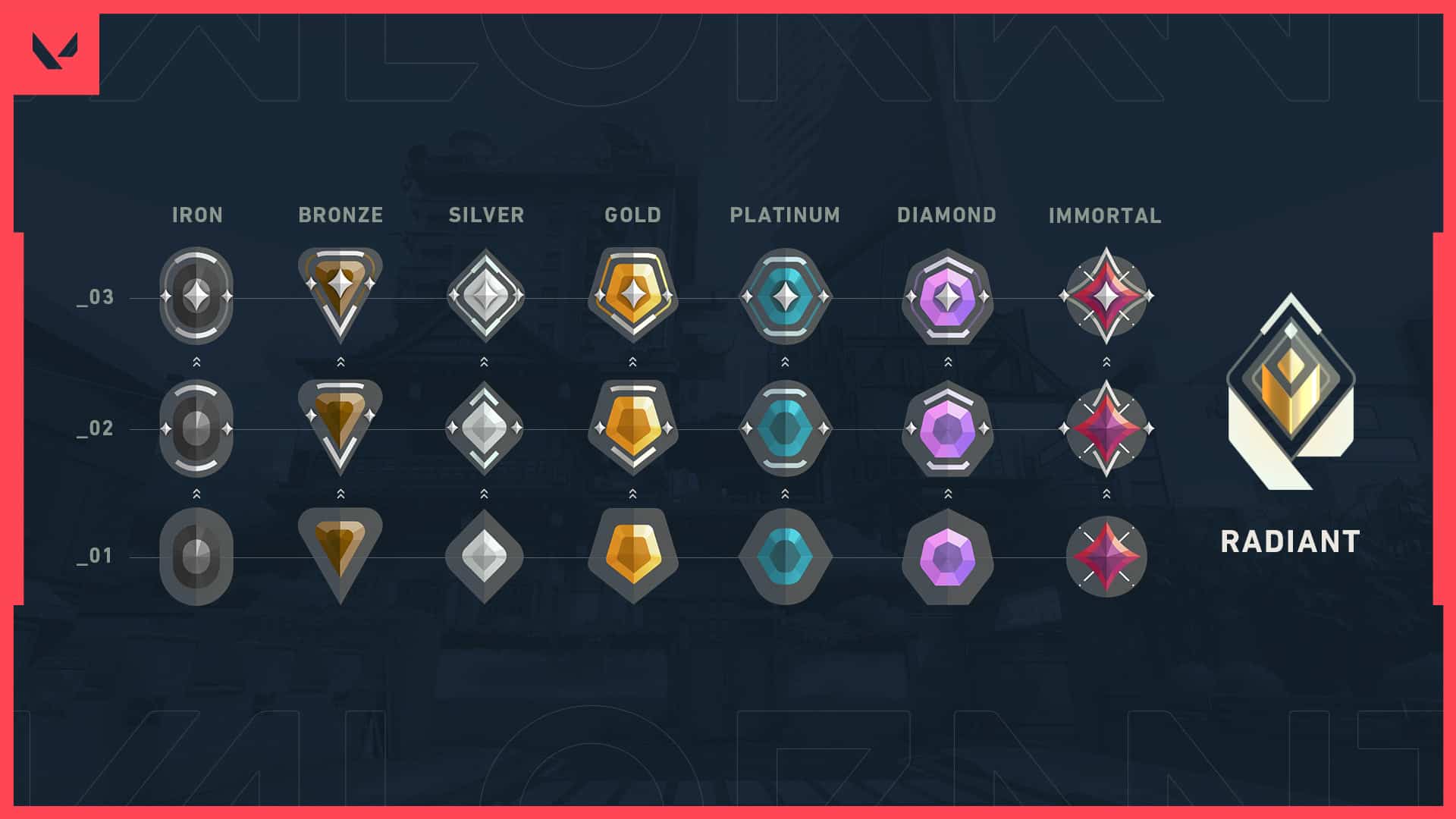 The first six ranks, from Iron to Diamond, have three tiers you need to advance to get to the next rank. And the last two, Immortal and Radiant, have one tier each. There are a total of 20 ranks in Valorant.

When players finish 5 placement games in the competitive mode, they are assigned one among these ranks depending on their skill. After that, they need to grind Matchmaking Rating(MMR) by playing competitive gains. Each win will grant players with Rank Rating(RR); once you have collected 100 RR points, you will rank up.

Sometimes you may find yourself skipping a rank. When Valorant’s algorithm determines that you have much more skill than your current rank, it will automatically make you double rank up.

What affects a player’s Rank Rating in Valorant?

Some significant factors that affect a RR points are:

If you aim to obtain a high rank in the game, try focusing on consistent individual performances. Also, secure as many rounds as you can for your team.

MMR is a hidden rating assigned to every player that increases or decreases according to the match history. A base MMR is given to every player when the win their first 10 unrated matches for unlocking the competitive mode. MMR is dependent on how the player performs in a game.

As said by Valorant, MMR is a giant ladder that consists of all players. If you win, you climb up, and others will push you down if you lose. No two players can have a tie. 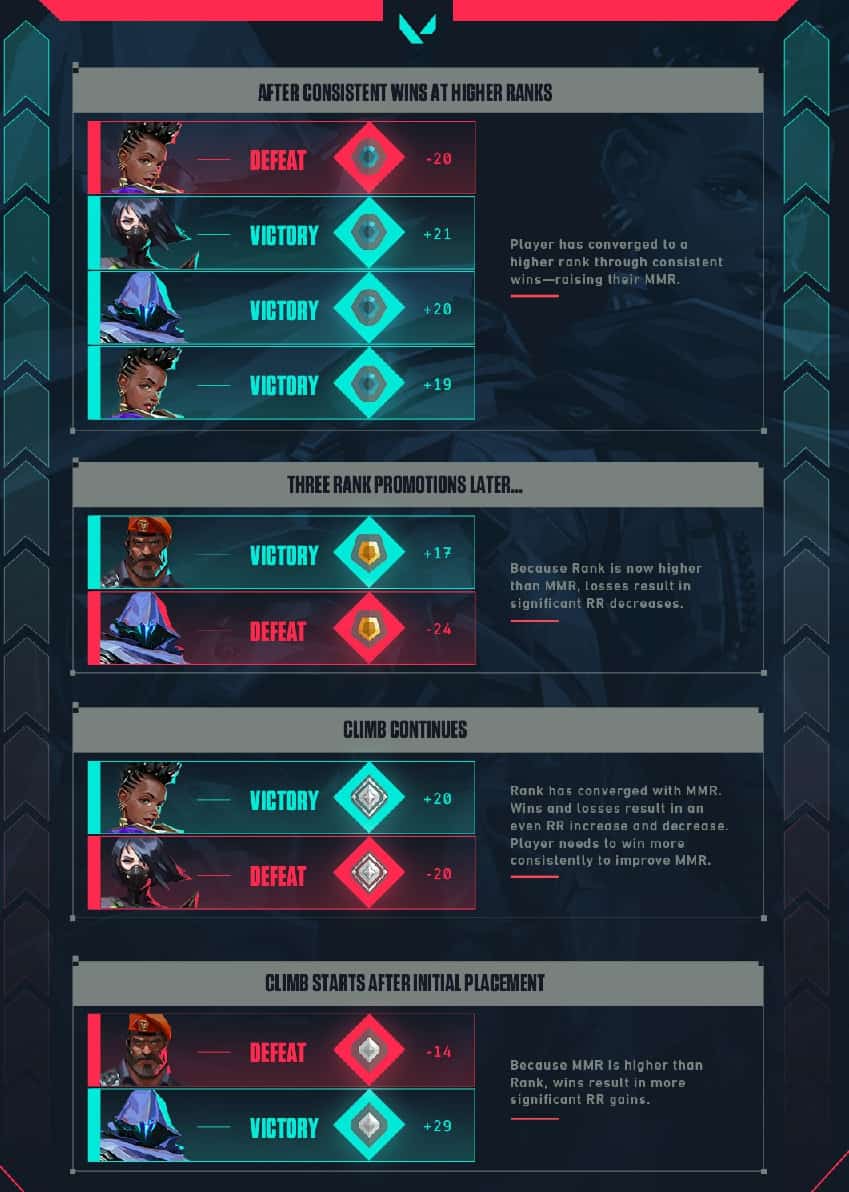 Every time a player wins a match, they gain anything from 10 -50 RR. Also, if they lose a game, they’ll lose around 20-30 RR. Once a player reaches the Diamond rank or higher, RR games become less and loss increases. With every win, you’ll gain 5 RR and lose around 50 RR every time you lose.

That was all about how Valorant Ranking System works. We hope that all your doubts regarding the ranking system of Valorant are resolved. If you still have any issues, feel free to drop a comment below.

Best VR Games You Can Play Without Controller