Notepadqq is the open-source equivalent of Notepad++. It is one of the most popular text editors for Windows. The Open Source Notepad++ application uses a pure Win32 API, though it is GPL-licensed. As a result, it is difficult to compile on Linux. You may have trouble installing it right away on Ubuntu. If you read this article, however, you will easily be able to install Notepadqq on Ubuntu. Here is more information on how to do that.

How to Install Notepadqq on Ubuntu

Over 100 programming languages are supported by Notepadqq. It is faster on Linux than Notepad++. You can also use mathematical expressions with it. Developers can utilize it as a general-purpose text editor that provides all the functionality they need. Code folding, multiple selections, syntax highlighting are some of its features. The color scheme can even be customized. A file can even be renamed within the editor. Files can even be converted between different character encodings.

The power of regular expressions allows you to search text. It is possible to group documents logically. You can quickly find near identifiers by using real-time highlighting.

As the days go by, it is becoming increasingly popular thanks to its many useful features. We have listed several methods for downloading and installing Notepadqq on Ubuntu.

You can use the PPA repository to install the latest version of Notepadqq.

1. Launch the system application launcher and then open the terminal. You can then add the Notepadqq PPA by typing the following command.

2. After that, you can install the Notepadqq package on Ubuntu by running the following commands. 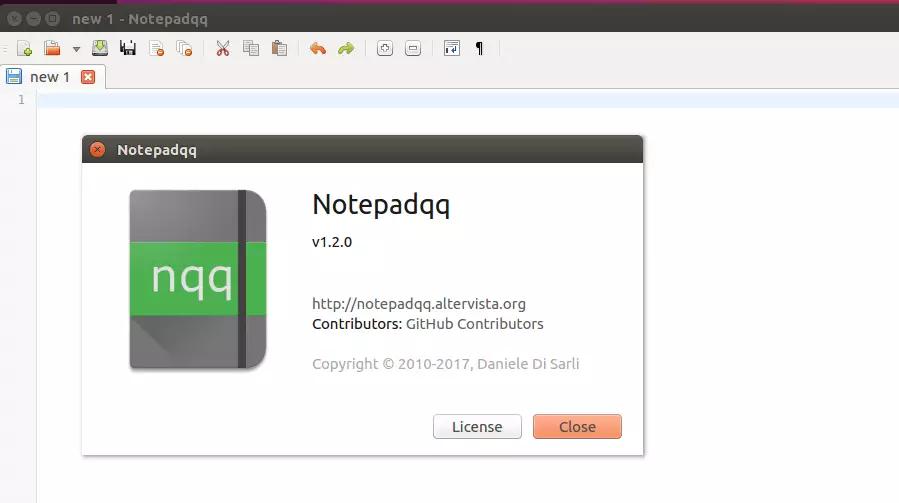 Run the program from the system applications menu after it has been installed.

The latest version of Notepadqq can be installed by compiling the source code from Notepadqq. Use this source code method to install Notepadqq.

1. For Notepadqq to work on Linux, a few tools and libraries are required. Hence, you must first install these libraries and tools. You can do that by running the following code.

2. To obtain the source code, type the following command.

3. Next, build the package.

4. To finish installing Notepadqq on Ubuntu, run the following command.

That’s all. The Notepadqq text editor is now available on your Ubuntu system.

Install from the Ubuntu Software Centre

Installing from the Ubuntu Software Centre is as easy as following the steps below.

1. Go to the Dock or the Application menu to launch Ubuntu Software Centre.

2. Press the search icon in the top left corner of the Ubuntu Software Centre window once it opens. You will see a search box appear. Enter Notepadqq there. Press Enter.

3. From the search results, select Notepadqq. When you are at the Notepadqq app listing page, click on the ‘Install‘ button.

Installing Notepadqq as a Snap Package

By using Ubuntu 20.04’s snap package system, it is easy to install Notepadqq. Snaps are universal packages designed for Linux that you can use regardless of the distribution. The package contains the binary and all dependencies necessary to run the application.

Ubuntu 20.04 has the snap service pre-installed, so all you need is to configure it.

1. You can install snapd by running the following command if it is not already installed.

In fact, this is a Snap version of Notepadqq. It is compatible with Linux distributions that support Snap.

2. Launch your terminal (Ctrl+Alt+T). In order to install Notepadqq, type the following command.

That’s all. With the help of the Activities search bar, you can now open the Notepadqq application.

To update the Notepadqq application, enter the following command.