In this current century, people always seek for the best in everything. This society respects a person who updates himself in everything, and when it comes to mobile phones, people will automatically prefer people with APPLE brand phones.

Once there was a time when only the higher class people have the Apple brand gadgets, and it was enough for them to prove that they are higher class. If a person owns an Apple phone then automatically he will be given respect by the people because it was actually considered as a miracle to see an Apple phone.

Every teenager aimed to own Apple brand gadgets in those days, and now the dream came true as every youngster owns an Apple brand gadget. iPhone 6 and iPhone 6s are one of the best products which Apple has ever launched. Thus, here we are with a head-on comparison between both these devices.

Also Read: How to Remove iCloud Activation Lock from iOS 2020

Apple is an American company which was founded by “Steve Jobs” in the year 1976. This company first began its course by producing software for computers and later it started producing hardware like laptops and iPhones. Its current headquarters is located in California, USA. Apple is currently the largest IT company in the world. Apple started its own operating system called iOS and MacOS like Android OS and had iTunes as its media player. It is currently the second largest mobile producer in the world preceding by Samsung.

1. iPhone 6 was launched in the month of September 2014. It contained all the top qualities which a good mobile should contain at that time. It also gave a breakthrough which everyone expected.

3. It can accept only single nano-sim which can be considered as a drawback for some persons. It has dual-core 1.4GHz Typhoon which was the best at that period.

4. It was available in three colors which were space grey, silver, and gold. It had a good battery life of 250 hours standby even in 3G.

5. It also had a fingerprint sensor. It also had normal features like Bluetooth, wifi, and acceptance of blue ray quality videos.

6. The mobile consisted of two cameras in front and back, and the quality of the front camera was 8MP whereas secondary was just 1.2MP.

These were the features required by a mobile to hit a record at that time.

1. iPhone 6S was launched exactly after a year when iPhone 6 was launched. This mobile is the next model that Apple released after iphone6. It was the updated model of iPhone 6, and it also had a good reply from the buyers. Did you check Acestream on Mac?

2. The gadget was also 4.7 inches long, but it weighed slightly higher than the previous by 5.04oz. This mobile possessed iOS 9, and it was upgradable to the maximum version.

3. It also accepted only a sim, and it should be nano in type. This mobile also has dual-core but contained 1.84GHz Twister which was newly released.

4. It was available in the same colors as the previous model was, but rose gold was additionally added.

5. The battery life was slightly released to 240 hours standby in 3G.

6. This mobile also had some normal features like fingerprint sensor, Bluetooth, and wifi. Any type of video can be played on this mobile.

7. The mobile has two cameras, the primary was 12MP, and the secondary was 5MP, and it proved that it was better than IiPhone6 in every manner.

iPhones, when launched, will never be sold with less than fifty thousand as its base price but almost every teenager and businessman prefer to have an iPhone in hand. The success reign of iPhones will never be stopped because it always does a job which other mobile companies fail to do and that is satisfying the customers. Apple company made everyone to realize that the price is higher only because of the quality the mobile shows and this is the feature which other mobile companies are yet to do.  difference between iphone 6 and 6s plus 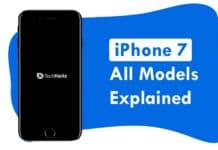 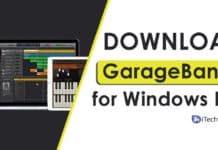 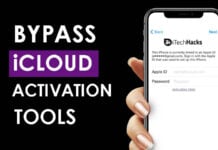