The Caverns of Time, located in Tanaris’ eastern region, contain portals to various historical periods and events in Warcraft’s past. The caverns serve as a crossroads for different timelines. And time can be traveled along their ebb and flow through them.

Nozdormu and the bronze Dragonflight live in the Caverns of Time. They are on a sacred mission. And they were charged with this by the titans. However, interfering with time would undoubtedly disrupt it. There has been a recent interference with time by a mysterious force called the infinite Dragonflight.

Indeed, adventurers are being recruited by the Bronze Dragonflight to ensure that the past remains the past. Here’s more about it.

How to Get to Caverns of Time in World of Warcraft

You can access the newly-added portal room in Stormwind’s Mage Quarter if you’re an Alliance member. The portal room is located atop the main tower in The Mage Quarter. The stairs are just a few steps away. 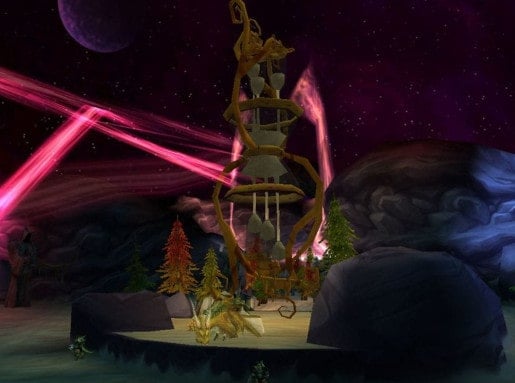 Simply enter the portal and head through. Take a right immediately after that. And, the portal can be found at the far end of the room. Towers have played an important role in World of Warcraft. And, you should have no problem finding it.

Get to Caverns of Time As Horde

Horde players should head to Orgrimmar’s entrance. And, take a right when you enter. The portal room is at the bottom of the steps. You are directly in front of the portal. Just head forward to reach the Caverns of Time.

Following the removal of its portal in 8.1.5, heading there was difficult. World of Warcraft’s transmog hunters, mount collectors, and completionists regularly used this area, even though it does not correspond to current content. The fact that it is back is remarkable to see.

World of Warcraft’s Caverns of Time is a neat feature aside from their geographical significance. This area has portals to a range of exciting dungeons, according to the lore of the area. Additionally, it is a key component of Cataclysm.

The Caverns of Time are also key to the 15th-anniversary celebration of the game. And, if you want to see some nice visual rewards, you might want to go there soon.

This is all about how to get to caverns of time in the world of warcraft. We hope that you found this article interesting.

How to Cancel Fabletics VIP Membership

How to Fix “Apple Pay Services are Currently Unavailable”

How to Fix 5G Missing from Preferred Network Type on Android

How to Fix Blurry Instagram Stories For Android and iOS