iOS is one of the most secure and advanced operating systems currently available in the world. iOS is currently running on its 14th version. But, at Apple’s Worldwide Developers Conference on June 7, 2021, it was announced that the iOS 15 will be the next version to iOS 14 and will be releasing in late 2021.

Currently, the Beta version of iOS 15 is running on iPhones and all apple iPod Touch. This is a testing version and a total of three Beta versions of iOS 15 has been released till now. Because of the initial phase of the iOS 15, the users might face some compatible issues with their devices and apps. As far as these issues are concerned, the Spotify issue is the latest which iPhone users are facing after the release of the Beta 2 version of the operating system.

Hence this article will demonstrate to you the process to fix the Spotify issue. But before that let’s throw some light on what additional features iOS 15 has in it to offer you? 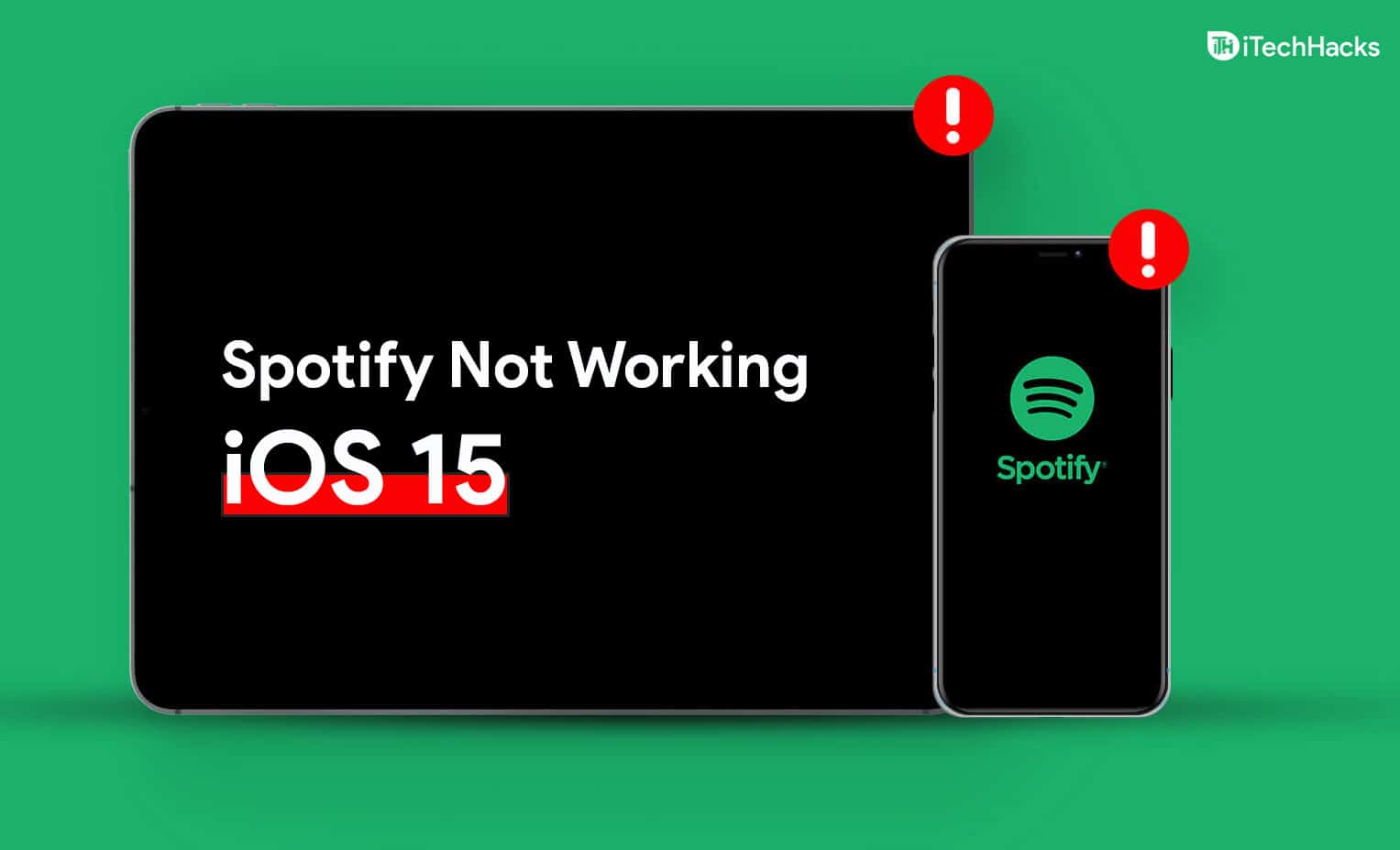 We all are aware of the advancement of Apple’s operating system and it brings a whole new lot of features for its users with every upgrade and this time it is no different. iOS 15 is the latest and the fifteenth major release of the iOS mobile operating system and it has a lot of new things as compared to its previous versions. Let’s discuss these new features in brief.

What issues are being faced on iOS 15 while using Spotify?


Some users were initially able to select their preferred BT(Bluetooth) device when they opened the Spotify App for the first time but this device then disappeared, thus preventing you from playing the songs on their Bluetooth-connected device like speakers or headphones.

In other cases, music is being played on their iOS devices even after being connected to Bluetooth devices.

All of these issues have something to do with iOS 15 Beta 2. Since the latest version is still in the initial phase of its testing, so you may frequently experience incompatibility cases with several apps until a reliable build of iOS 15 releases.

If you follow the below-mentioned method, your problem could be solved easily.

Try to connect the Bluetooth device to see if the issue is fixed or not, most probably this time app will work and you will be able to stream music on your Bluetooth devices.

Repeat the same procedure whenever it shows such problems.

When will the full version of iOS 15 be released?

The complete version of iOS 15 is scheduled to be released in late 2021.

Is the iPod touch compatible with iOS 15?

Yes, the iPod touch (7th generation) is compatible with iOS 15 as listed on Apple’s official websites.

Is direction in the augmented reality feature will be available in all iOS supported iPhones?

Now you can see directions in augmented reality but this feature will be compatible with only the iPhone with A12 Bionic or later.

This article has provided you with a step-by-step guide to resolving the Spotify error in iOS 15. We’ve also talked about the new options and features that will be available in iOS 15 when it’s fully released. You can only try out a few of the features available in the beta version of the operating system until then.