In Short Hacks: Witcher 3 Mods are one of the most searched Gaming mods on the internet. And, This article is specially written for our USA or UK Readers they are spending most of their time to play Witcher 3 nexus and yes! this is one of my favorite game. So in this article, we have listed top free best Witcher 3 Mods and How to install these witcher 3 nexus mods?

The Witcher 3Wikipedia is a video game which can be played on different platforms which are Microsoft Windows, PlayStation 4 and Xbox One. ‘CD Projekt RED‘ developed this game and released it on 19 May 2015. This game is based on ‘The Witcher’ series of novels by Polish author Andrzej Sapkowski. The Witcher 3 is a single player, action role-playing game which gamers love to play. It is a sequel to the game ‘The Witcher 2: Assassins of Kings’ which was released in the year 2011.

‘Nexus Mods‘ is basically a fan website which was founded in the year 2001. This is a website where users can upload their self-created content for others to download and use. ‘Nexus Mods’ is known as one of the largest gaming modification websites on the web. This website supports more than 200 games and has more than 10 million registered members. Also, this website has a forum where the members can interact with one another. This shows how extensive ‘Nexus Witcher 3 Mods‘ this website is!

The graphics of this game are amazing. However, if you wish to experience a better weather in Novigrad and environs, you can download the ‘Realistic Weather’ mod from ‘The Witcher 3 Nexus’ this website. The link to download this mod is ‘nexusmods.com/witcher3/mods/2084’ this. On applying this mod, you will observe emphasis on fog. But, it also brings other problems such as more snow in Skellige and better light rain animations.

While playing ‘The Witcher 3’ you need the torches a lot. These torches allow you to see much better in dark places. Using this mod, your character can do stuff which it cannot usually do with the torch on such as cast signs, ride a horse, etc. The link to download this mod is ‘nexusmods.com/witcher3/mods/1990’ this.

This mod is more likely to entertain you rather than help you while playing ‘The Witcher 3’ this game. The motive of this mod is to greatly slow down the action when your character lands a critical hit. This mod was inspired due to the extremely fast action which doesn’t allow players to enjoy the special moves. The link to download this mod is ‘nexusmods.com/witcher3/mods/1571’ this.

Some players complained about the camera angle while riding, running which motivated the modders to create a mod which brings a whole new angle for the players. Along with new default angles with a much better view, players are offered with authority to customize the angle as per their comfort. This mod is very useful and should be used by all the players of this game. The link to download this mod is ‘nexusmods.com/witcher3/mods/856’ this.

Installing The Nexus Witcher 3 can be a little tough, so it’s compelling that you understand the installation process that comes with each new mod. Where you need to put files can change from mod to mod, so read the directions carefully. Generally, though, you’ll need to unpack the mod’s files into the Mod folder in your Witcher 3 directory. If you have the game on Steam, this is likely to be found at:

or something similar. If you bought the game from Good Old Games, search for ‘GOG Games’ on your hard drive to find the directory.

You may find it helpful to use a mod manager to help you install/uninstall mods and keep folders neat. You can find our recommended manager in the Essential Mods section.

Wrap up: These were some of the numerous Witcher 3 mods which are available on ‘The Witcher 3 Mods Nexus’ this website for ‘The Witcher3’ this game. All the mods present here are working and will never disappoint you with their performance. Also, you won’t face any compatibility or run issue on using these mods while playing the game. If you have any queries regarding ‘The Witcher 3 Nexus’ this website, then please let us know about it in the comments section below. 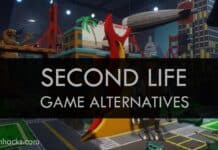 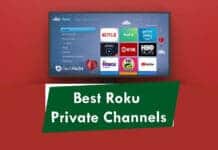