Are you looking for Best Apps That can Detect Song name with Lyrics by listening to music? Well, In this article we would be going to discuss some amazing Android and iOS apps that will help you to find the song. So let’s get started with these Top 5 Best Song Finder & Detector Apps

What song are these lyrics? Music is one thing without which no person can live peacefully! One listens to songs when happy, when sad, and even when depressed. This is because there are songs available for different moods. When you search for songs from a particular genre, numerous songs appear in a list.

However, there are times when there is a particular song stuck in your head and you cannot remember the name of the song or which artist it belongs to! Also, there are instances when you listen to a song playing in the background and you fail to identify the song.

In such cases, a Song Finder and Detector Apps can help you in identifying that particular song so that you can either download it on your device or know which song it was! Thus, here we are with a list of some of the best song finder/detector apps, which you can use to identify any particular song playing in the background.

What Song is This Finder Apps

Most of you must have already heard about this app. This is because it is compatible with a number of operating systems and is widely used throughout the world! To allow the app to start listening to the song playing around, you have to click on the Blue color button on the Home page. You can also use its auto-listen feature to recognize the song playing around you even when the app is not open.

Using this app, you can also stream new songs, music videos, etc. You can also search for songs from a particular artist or genre. There are numerous features other than song detecting which you can use on Shazam.

Not many people know that they can use Siri to detect and find the information on any song playing in the background. To enable this feature, all you need to do is activate Siri and ask ‘What song is playing right now?’ or ‘Which song is this?’ Siri will listen to the song and instantly display the information of that song on your screen.

This is more like an inbuilt feature for iPhone and other Apple products. You do not have to download any software or app on your device to detect/find a song playing around you.

This is exactly the same as Siri but the only difference is that Google Now is exclusively for Android users. To detect and find the information of the song playing around you, activate Google Now on your Android device and ask ‘What song is playing right now?’ or ‘Which song is this?’ The results will be immediately displayed on your screen. You can then download the song or just stream it live on your Android device.

Even here, you need not download any third-party app to detect and find the information of the song playing around you. Google Now is inbuilt on almost every Android device.

This is another useful app which you can use for music recognition. This distinguishing feature of this app is that you can even hum tunes of any song to find its information. This is a very unique feature and is very helpful when you only remember the tune of a song.

This app was originally designed to display the lyrics of the song which was being played on that device. But, later the song detecting feature was also added to it! Now, you can allow this app to listen to music and search for its information. It has a huge database and can find the information on almost every song.

These were some of the What song is this apps of 2020 which you can use on your Android or iOS device to find the information about the song playing around you. If you know of any such useful song detector app which is not listed above, then please let us know about it in the comments section below. 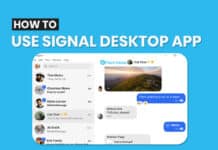 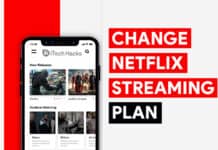 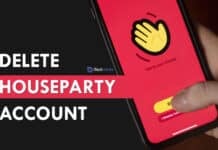