In Short Hacks: Almost every single modern Android device comes with great audio qualities along with great audio hardware like Dolby sounds, dual stereo speakers, etc. By default, we have got a regular music player that does not seems to be a powerful audio generator. To enhance your audio quality and to make your songs sound quality better so after doing a bunch of research here we have shortlisted top 10 best music player apps for your android free.

Music has gained an important role in the life of the modern generation. It might be due to the smartphones which is available with almost every person now a days. Numerous songs can be stored in a single device and hence, a huge variety of songs can also be collected at a time. To maintain these songs in a particular order and to enjoy the midst of every song, it is extremely important for you to have a dedicated music app which not only maintains the all the music files at its best but also provide you with an amazing sound equalizer and much more.

There are numerous music apps which are available for the smartphones but, not every app is up to the mark. Very few of these apps are actually legit and can be used daily for playing songs. So let’s discuss about some of the best music apps which we could find for your smartphone which provide you with the best features which not all the apps may have.

Download These 10 Best Music Player Apps For Your Android Free

This is our most preferred app since, we have been using this app personally for a long time now. This app is free while it’s EX version is a paid app. BlackPlayer supports almost all music files formats such as MP3, MAV, etc. This so it’s highly customizable and has an ID3 tag editor along with some other widgets.

This is a totally free app and can prove to be a perfect substitute for the BlackPlayer music app. It comes with a 10 band optimized graphical equalizer which sorts almost every format. It can play music of formats such as mp3, mp4/m4a, ogg, wma*, flac, wav, ape, wv, tta, mpc, aiff etc. It also provides with some amazing widgets.

This music player app adorns some fabulous features such as 12 band equalizer and 13 effects such as VolumeAmp, Speed, Tone, Balance, Echo, Reverb, AutoWah, Flanger, AGC, Z-Bass, Z-Mids, Z-Treble, Compression along with some other features such as crossfade, gapless play, high-resolution audio playback, etc. It also comes with 5 configurable lock screen widgets and much more.

The trial version of this app is free but, the whole app can be purchased for rs 270 as of now. The trial version will be available for 14 days after you have installed it and post 14 days, you will have to buy the paid version. This music player app comes with more than 250 customizable themes. It also provides with numerous features such as crossfade, bookmarking, smart playlists, bass boost, DPS limiter to prevent distortion and much more.

Also Read: Best 30+ Root Apps Must Have On Your Rooted Android 2017

This is an elegant and a powerful music player app which has a built in equaliser and an interactive interface. It has power share, sleep timer, more than 25 backgrounds, widget support and much more.

This is another powerful music player app which supports audio formats such as mp3, m4a, wav, aac, amr, ogg, etc. Here, you can Multi-select songs, Custom queue songs, Add songs to favorites and much more.

This music player app is completely free and is beautifully designed. You can create and edit your playlist and also add a home screen widget. It also provides a ‘Go to actions’ feature which allows you to jump from a song to its artist.

This music player was recently launched. The developers of this app have worked hard enough to bring the best out of this app for you. As time will pass, new and amazing features will be added. However, it would be fair enough to have this app as of now.

Wrap Up: Three were some of the best music apps for your smartphone which we would recommend. If we have missed out on any such great music app then, please let us know in the comments section. 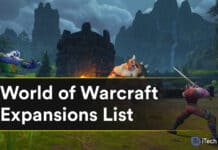 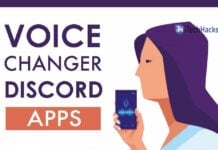