RAM Plays most important roles in your Android. But, Many of we usually ignore it and always blaming to Processors, Memory, and Software updates but that was never an issue. When there will be huge amounts of Junks/Cache Files on your Android then it may create this issue due to this your device might be fell slow, and you may also get to see Screen Overlay Errors. To fix all such issues itechhacks comes with a list of best RAM Cleaner Apps for Android that you can download free from Google Play store in 2020

Android devices are great to use and have tons of features which allow you to perform a number of tasks on it. Android devices are multitasking devices, and hence, there are many processes which keep running in the background and eat up your memory space as well as your battery. All this eventually boils down to a poor performance by your Android device.

Well, Purchasing a brand new Android device is quite easy but maintaining the device for long is not. Indeed, We try to use our new phone as rough as we can. Generally, we used to play lots of heavy games, Installing and Uninstalling new apps are very common in starting but as time passes we face lags, Space issues, Battery Draining and even shut down as well. The reason behind all such issues is the Memory/RAM Problem. But if we talk about iOS then there would be no lag and no such issue (Price does Matter a lot!)

It is not possible to terminate each process which is running in the background manually. To do your task, you can make use of various ‘RAM Cleaning Apps for Android‘ which is available for you. There are numerous cleaning apps available on the Google Play Store for you but, we have shortlisted some of the best RAM cleaners which you must have on your Android device to increase its performance considerably.

Does your Android hang a lot? Relax! Why are we here? Without wasting your Valuable time lets dive into the amazing list of these best RAM Cleaner Apps for Android.

This RAM cleaning is used widely by Android users. Some manufacturers provide Clean Master as an inbuilt RAM cleaner. This app comes not only with a RAM cleaner but also with a storage cleaner, app manager, and anti-virus protection. You can even protect your sensitive data on your Android device by using the AppLock which is provided to you. The most prominent features of this app are Junk File Cleaning, Memory Boost, CPU cooler, Antivirus service, Automatic improvement of your game speeds, Autostart Manager which prevent apps from autostarting, etc.

This is another popular RAM cleaner for Android devices which comes with a bunch of extremely useful features. Some of the most interesting features are the Anti-Theft tool, scanning pre-installed and installed apps to keep your phone safe from virus, trojan, malware, etc. Even here, you can protect the files on your Android device by locking everything away, using the CM Security AppLock.

Using this app, you can clean RAM and cache memory. You can also clean temporary memory and your SD card. Removing junk files is also possible. It speeds up your games and your browser. Finally, you can also boost your internet connection speed. All this eventually boils to a much better performance by your Android device.

There are many apps which can do the task of this app but, this is the app which does its job of managing your RAM memory quite efficiently. It has much more functions such as battery saver, process manager, etc. It also provides you with the stats related to your RAM and CPU usage. It is a highly recommended RAM cleaning app which you must have on your Android device.

Wrap Up: These were some of the best RAM cleaning apps for android 2020 which we could sort out from a bunch of them. These apps will definitely discharge their duties and will never disappoint you with their performance. If you know about any app which fits in the above category but is not mentioned, then please let us know about it in the comments section below. 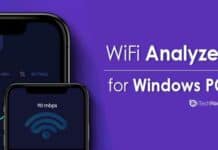 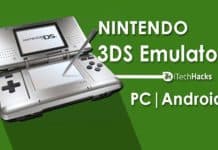 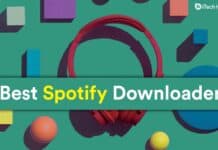 How To Unban Someone on Minecraft Servers

A to Z Kali Linux and Linux Commands Line List |...