Well, Many of us are doing Engineering/Studying or having hell lots of interest in technology. However, We all wants to make a Robot that can do our task, do whatever we want. Robots are one of those fascinations that they can mobilize thousands of people to test their limits. In this tutorial we will be going to Share all about Arduino, How Does Arduino Work? And also 5 of best unbeatable Arduino Projects.

Arduino is the name of a developer that produces single-board microcontrollers. But Arduino is not a Microcontroller. This name comes from the name of the place where its founder used to meet. It is an open-source, computer hardware and software company. These microcontrollers are used for building digital devices and interactive objects which can sense and control objects in the physical world.

Arduino consists of a programmable circuit board and an IDE (Integrated Development Environment). Arduino boards include a universal serial bus (USB), which is used for loading programs through PC. These microcontrollers can be programmed using programming languages such as C and C++.

Arduino was specially designed for artists, designers, hobbyists, hackers, newbies and for those who wish to create interactive objects. These Arduino boards can interact using buttons, LEDs, motors, speakers, GPS units, cameras, the internet, and your smartphone or your television set too. The software of the Arduino boards are free and the hardware is affordable. Also, programming these Arduino boards is quite easy, all you need to know is which software to use and how to use that software for programming Arduino boards.

Types Of Arduino Board

There is a number of different types of Arduino boards available in the market/online. But the Arduino Board that comes in use most times are:

Things That an Arduino Can Do?

How To Program the Arduino Board?

You might be thinking that you don’t know a single word about programming? Right. Then This is not rocket science. Anyone can program it without having knowledge in programming languages, There are a number of different websites where you can get prebuilt codes. And here you will get to know how to program an Arduino easily. if you don’t buy Arduino Yet then you can purchase it from our below links. So let’s get start

Step 1: First Look On the Arduino board that you have, See left of the Arduino logo there’s a LED, a small light, with the letter L next to it.

Step 2: Now we are going to switch it ON and OFF and then look at the board whether the LEDs are blinking or not? if it is working then Arduino is working properly.

Step 3: When you first plug your USB cable into your Arduino and with your computer, you may notice that this LED is blinking. Not to worry! It’s the default program stored on the chip.

Step 4: Arduino can run standalone by using a power supply in the bottom left of the board. Once you’re done programming and don’t require it to be constantly connected to your machine you can opt to power it separately.

Also Read: How To Install Custom ROMs On Your Android Device (Rooted) Above we had shown: Howto connect and check the Arduino working and functions. And hence, below we have listed which software you can use to program Arduino along with some instructions and tips which you must know before you start programming an Arduino board. So let’s take a look at these software’s and what all you need to know.

This software is best for beginners and learners as it provides with a logical way for writing codes. Using this software, you can construct your program visually by using the same selection of functions. While visually learning and constructing codes, you will become familiar with the name of functions and variables which you will need to know before you move to the complete Arduino IDE. AdBlock is easy to use and learn since it uses visual stimuli which is the easiest way of learning things.

You can use this software to code the Arduino. All you need to do is run this software either on the visual studio of Microsoft or on any other alternative which you have. And then, you can establish a communication between your PC and the Arduino using C# for calling functions or to send and receive commands. An alternative way to program an Arduino using C# is to make use of a device such as Netduino. It is a completely different microcontroller but is compatible with Arduino hence, you can use it since Netduino uses only C# and no other language.

This software is based on drag and drops visual programming language. The principal of this programming language is quite similar to ArduBlock but, it provides a competitively different experience. Before you install Snap4Arduino, you will have to install StandardFirmata on your Arduino. But, if you already have Arduino IDE installed on your computer then, you just need to open it and navigate to Files > Examples > Firmata > StandardFirmata. Now, upload it to your board and start interacting with the Arduino using Snap4Arduino. However, you cannot compile programs that are made in Snap4Arduino but, you can interact with the Arduino when it is connected to the computer.

Arduino won’t run programs written in python however, you can communicate via serial input to use python. Python is a very useful coding language but, it is mostly recommended for higher-level coding. However, you can use it for programming Arduino without any difficulty.

This one is an amazing and simple Arduino project that I like most.

When your car approaches to the certain point of a parking lot, the LED color automatically changes from green to red.

When a certain amount or more alcoholic Gas is detected, the buzzer goes off and the warning light is on by turning on the relay.

Also Read: How To Change MAC Address Of Android With or Without Rooting

In the above article, we have tried our best to explain to you what exactly Arduino is and what software you can use to program your Arduino. If we have missed out on any such software which we can use to program Arduino then, please let us know in the comments section below. 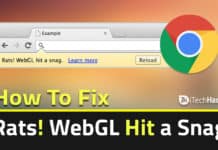 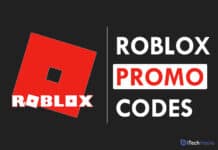 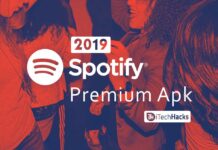 How To Fix “Rats webGL Hit a Snag” in Chrome Browser...

How to Discord Mark as Spoiler on Android, Desktop