In Short Hacks: Undoubtedly, GarageBand is one of the best music creating software for Mac. But The Windows version of this software is also available. However, Due to its complex functions and as this software is only built for Mac so sometimes it creates a lag in PC. So here we have 8 best GarageBand Alternatives of 2020 only for Windows.

Music is one of the most entertaining forms of media. People love to listen to music in whichever mood they are. Also, there are some people who like to create music of their own. For such people, Apple Inc came up with GarageBand which is a digital audio workstation where users can create music and podcast of their own. However, this software is available only for Mac and iOS devices. In our previous article, we have shown you the best way to Download GarageBand for Windows. So you can also go through that.

Let’s discuss the best alternative software to GarageBand or similar software like GarageBand for Windows.

This is another digital audio workstation that is designed by the company Image-Line. This software is compatible with Android, iOS, macOS, Windows. It also supports cross-platform sharing. This software was initially released in the year 1997. The latest update of this software which is the Version 12 was released on April 22, 2015. Many new features are added in every update. FL Studio supports various plug-ins which makes it very much flexible. Some of the recently added features include the following:

1. Mixcraft Home Studio- This version is used mostly by newcomers who do not need too many features but, only the basic ones.

3. Mixcraft Pro Studio- As the name suggests, this version is suggested for those people who are entirely into creating music. Since this version comes with a lot of features, only the professional people can make use of those features.

The latest version which is released as of now is Version 8. It was released in January.

This is a commercial digital music editor that is exclusively for the Windows Operating System. You can import and export media in a number of formats such as WAV, MP3, Ogg Vorbis, WMA, AIFF, MIDI, CD-DA, BMP, JPEG, etc. Some of the system requirements which need to be met by your Windows PC are:

It is loaded with quite a few features which help in delivering its performance.

This software is considered to be one of the easiest methods for creating music on Android and macOS devices. The features of this software range from beginner to professional. It comes with its own equalizer, compressor, etc. It also supports audio recording and file sharing. It also has a strong community where you can seek help if you need any!

This is another useful multitrack recording and a digital audio workstation for Windows, Linux, and macOS. It has inbuilt support for BCF2000, TranzPort, AlphaTrack, FaderPort, Baby HUI, and MCU. It comes with various effects and customization options which makes this software manageable.

Some other GarageBand alternatives are:

These were some of the best Garageband windows alternatives 2020 which we could find for you. You can try them out and know which one suits you the best. We guarantee that none of the above-mentioned alternatives will disappoint you with their performance. However, most of the software listed above is paid but, you can get a free trial before purchasing it. Also, if we have missed out on your favorite GarageBand alternative, then do let us know about it in the comments section below. 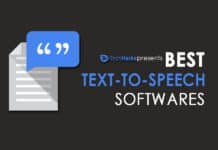 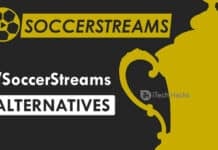 Aditya Kashyap - May 23, 2020 0
© iTech Hacks Copyright 2020 - All logo and trademarks belongs to their respective owner with DMCA Protection