China is a country which is located in eastern Asia. China is the present highest populated country in the world, and it is one of the leading producers of electronic gadgets which are used almost all over the globe. Technology is one of the main weapons of the Chinese government as it has so many digital hackers in its pocket and there is a rumor saying that the Chinese government is serving the digital hackers with latest technologies illegally to track the current private affairs of the world countries.

Hackers are those who handle other digital gadgets without the permission of its owner, and it is considered as a serious crime in all the countries. There are two types of hackers; the first type is the hackers who work under the government only to track the gadgets of terrorists or some illegal persons.

The other type is the hackers who hack only for the money, and they will not care about the consequences which others face. They do hacking only for money and sometimes for entertainment

Chinese is proven guilty by many countries for hacking their official private information illegally. It is said that Chinese hackers have successfully hacked the countries which possess technological gadgets better than China.

Cyberwarfare of the United States of America reported that approximately there are more than fifty thousand hackers who are getting support illegally from the government to hack the other countries. The Chinese government denied the fact of hacking.

Instead, they further accused the United States of getting engaged in hacking which was turned down by that government.

There is no such clear evidence or information about the hacking forces present under the control of Chinese government. According to the Cyberwarfare of the United States of America, there are majorly three hacking forces in China currently, and they are as follows:

2. PLA-authorized forces have the specialists in state security and also in public security

3. Non-governmental forces where civilian groups use their technology to hack other gadgets continuously.

The famous countries who claim that they are affected by the hackers in Chinese are Australia, Canada, India and the United States of America.

According to the video released by the Indian army on 19th March 2018, the receiving number which starts with the code number +86 in your mobile belongs to the hackers of China.

People are advised not to attend any calls which have these numbers as its code number; they informed that the calls are directly after their WhatsApp account and the hackers can easily hack the WhatsApp account present in the phone when the number received is once attended.

Chinese used all kinds of platforms to penetrate into others affairs, and one of the ways is by using the +86 number. The army advised the customers to change the sim or destroy all the accounts which are maintained by that number if the call was attended accidentally.

This video which was released in the Times of India and it created awareness among all the Indians. The government of India also recommended doing the same thing until this issue is solved.

Each and every country has an eye on its competitive country and what China is doing is nothing but preparing itself for the upcoming war. All countries should concentrate on their network defense to defend themselves than concentrating on destroying other countries by knowing their secret affairs.

Our motto is to keep you safe from any cyber threat and to protect your personal details. Do let us know about your thoughts on this topic in the comments section below. 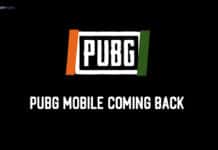 PUBG Mobile Coming Back with New Publisher in India 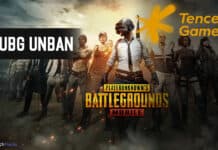 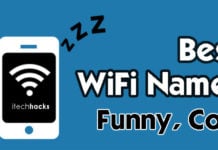