The group of hackers is claiming that they have access to the database of AT&T which holds the personal and sensitive information of more than 70 million customers.

On a post on Raid Forums, which is a hacker forum and marketplace, ShinyHunters asked for $200k for the database of AT&T.

What Data Does ShinyHunters Have?

As per sample records from ShinyHunters on the forum, they have access to the details of the customers including- names, addresses, date of birth, email address, social security number, and zip codes. These data of the customers are reported to be sold on the forum by the ShinyHunters, however, AT&T is yet to say whether the data breach is legitimate or not. If the data breach is legitimate then it will be a disaster for the company as well as the customers.

Government-backed hacking groups, ransomware gangs, spy agencies, or even scammers can buy the database. This will expose customers to all the physical and online threats.

The news came a few days after the T-Mobile customers’ records sold by the hackers on the same forum. T-Mobile confirmed the data breach to be legitimate. However, no connection has been established between both T-Mobile and AT&T data breaches. 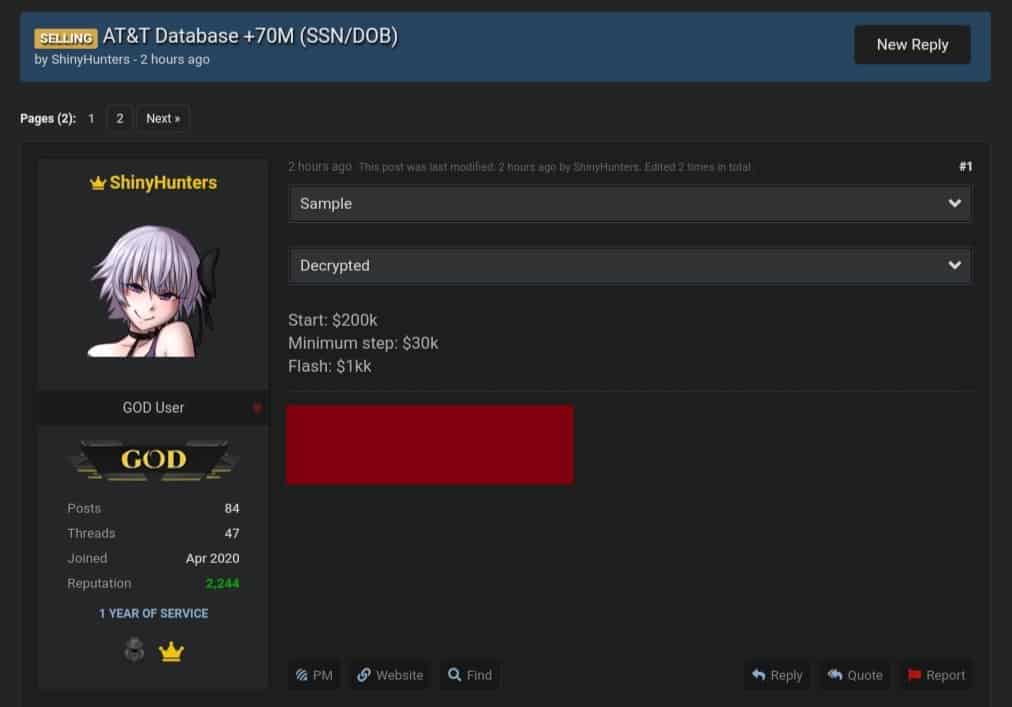 Since 2020, databases of various companies got hacked by ShinyHunters. ShinyHunters hacked the database of the following companies-

How To Fix The Windows 11 DNS Server Unavailable Error