Read below to find out more about the benefits that come with using the Python programming language.

Python is Easy to Use

One of the biggest benefits of using Python is its simplicity. If you were to poll programming experts, they will almost always tell you that Python was the easiest programming language for them to learn. Even someone who is not a professional programmer can learn some concepts right off the bat.

Due to its use of whitespace and common expressions, Python is able to trim out a lot of programming fat. This allows you to get to the heart of programming without having to dance around the issues at hand. Utilizing the power of as many Python libraries as you can is the best way to make yourself more marketable. You may also want to learn Django for an extra feather in your programming cap.

The readability and efficiency of Python cannot be denied. With the right skill set, you will be able to design apps and programs without having to use pages and pages of code. The simplicity of Python allows you to quickly and efficiently implement new design ideas in a hurry.

Most newcomers to the world of coding will learn Python first and then use this knowledge to branch out to other programming languages. The object-oriented principles you learn in Python are compatible with other languages like Ruby, JavaScript, and Perl.

This means that once you have mastered Python, you will have the foundation you need to learn even more complicated languages. By focusing on the syntax of the new languages you are trying to learn, you can understand the differences between these programming disciplines.

Messing Up WIth Python is Difficult

The established rules that the Python language is built on making it hard to really mess up when developing programs with it. Following the tenets of Python like readability above all ease and less is more can help you greatly. If you avoid going too far left of center when using Python, you will have no problem avoiding disasters.

If you are trying to build prototype software or apps, Python is definitely the programming language you need to use. Since you can get programs developer with less coding, you can get your prototypes developed in no time at all.

With these prototypes, you can show clients or potential investors your ideas. This level of flexibility can help you churn out prototypes of potential products and grow your bottom line in a timely and efficient manner.

The key to getting better at using the Python programming language is practice. Thinking you are going to master this programming language overnight is foolish and will only lead to disappointment. Working with a more experienced developer can help you enhance your skills quickly. 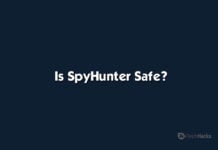 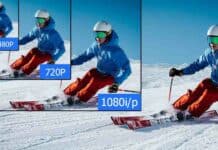