In Short Hacks: In this article, we will be discussed about latest technology facts and ideas that you all need to know about. Many of you probably know these but one must be given a quick read over this article.

The world has a number of multinational tech giant companies such as Apple, Google, WhatsApp, Facebook etc. And on top of all this is the internet. There are many famous facts about these tech hacks giants which most of people know about. But, there it’s always a second side to a coin. Many of you probably know with these Technology Interesting Facts but many are not. But, for a tech fascinating guy these facts are must be known according to a study.

Once someone says to itechhacks that, Your knowledge is Your Weapon, but it’s a lot of other things, too. Knowledge gives you the opportunity, it makes you think big and it can generally improve your quality of life.

Hence, we are going to shed some light on some of the hidden facts about these tech giant companies which are not known to a lot of people. So let’s get started with the list and know what these tech facts are all about.

15 Tech Facts That You Need To Know About?

These Facts are collected from the Internet. We are not claiming them right or wrong.

Fact 1. Google makes uses a web tool called ‘foo.bar’ to recruit new employees based on their search history on Google. People getting hired from this tool must be really into some research field or extremely lucky.

Fact 2. Google owns common misspellings of its own name. Some of the Web address with misspelling are www.gooogle.com, www.gogle.com, and www.googlr.com.

Fact 3. Google takes good care of its employees. Google employees in the US get death benefits which guarantee that the surviving spouse will receive 50% of their salary every year for the next decade.

Fact 4. There is a rotated version of Google known as ‘Google Mirror.‘ It shows everything in a mirrored avatar. However, it sounds funny and pointless at the same time.

Fact 5. Google has advanced much more in other fields too since it acquires a company every week. Also, it is constantly trying to look out for the fields of development.

Fact 6. You can format the text that you type in WhatsApp by adding symbols in front of and afterwords.

For bold add asterisks to either side of a word or sentence, e.g. *bold*

Fact 7. For the details about the total amount of data used by WhatsApp, you can go to Settings >> Data Usage >> Network Usage. In the Data Usage menu, you can restrict the amount of data WhatsApp users by only allowing the app to auto-download images, audio, video, and documents when your phone is connected to Wi-Fi.

Fact 8. Due to the newly launched update, you can share documents directly from your Google Drive and iCloud Activation Drive into a WhatsApp chat. You can easily add these documents since a direct option is available.

Did you Know Tech Facts?

Fact 10. The name “Macintosh” was inspired by an actual variety of apple. Jef Raskin, who was an Apple employee, is known for naming the machine after his favorite variety of apple. It is said that Macintosh was only a code name and that Steve Jobs wanted to rename the project “Bicycle,” but the name Macintosh prevailed.

Fact 11. The original Apple Logo featured Isaac Newton sitting under an apple tree with an apple about to hit his head. The logo was created by the less known founder of Apple, Ronald Wayne and was widely used in 1976.

Fact 12. The first webcam was created at the University Of Cambridge to monitor the Trojan coffee pot. A live 128×128 grayscale picture of the state of the coffee pot was provided.

Fact 13. The internet requires 50 Million horsepower to keep running in the current state.

Fact 14. Approximately 9 Million adults in Britain and one-third of Italians have never used the internet.

Wrap Up: These were some of the hidden or the least known tech facts about these tech giant companies in the world. If you have something to share about such facts them please let us know in the comments section below. 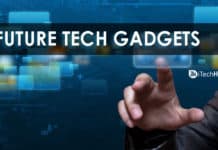