We all know Anonymous. While some of us respect it for its vision of a better Internet full of freedom, there are skeptics who say that Anonymous are a bunch of skiddies. What does it feel to be a Anonymous member? How do Anonymous work? These are some important questions which even the die hard critics of Anonymous would like answers to.

A Houston area man who is also a ex-military man spoke to Click 2 Houston about his involvement with the global hacktivist group Anonymous and why he severed all ties with the elusive organization. Mike Jones claims he is one of the original members of Anonymous and has been at the forefront of several cyber attacks on government institutions, large corporations and terrorist groups.

“We were looking for new ways, new ways of thinking,” Jones said.

When asked why he joined Anonymous, Jones said that the initial idea behind the formation of the group was “injustice.” Jones said that after 9/11 WTC terror attacks, the US government became overly overly intrusive into the average American’s citizen’s life.

“After 9-11 there was a swing of taking people’s civil liberties. There was a knockdown of people’s rights and there was a fight for gaining that back,” Jones said. “We kind of got together, put our heads together and labeled ourselves, basically, freedom fighters. They were aimed at people and organizations that we felt were on the wrong side of the law to begin with.”

Read: How To Secure Social Media Accounts (Facebook/Gmail) From Hackers

“While you use the words ‘freedom fighters,’ others out there use the word, ‘criminal.’ Do you consider yourself a criminal?” Channel 2’s Robert Arnold asked.

“You have broken laws that are on the books. Is that not correct or do you disagree with that?” asked Arnold.

“I don’t disagree, but at the time those laws weren’t created. They used us as a way to form new laws,” Jones said.

Jones is also a ex-military man. “I went into military intelligence after 9-11,” said Jones. “There was definitely an intelligence gap, and that’s where I wanted to be.”

“Why should you be allowed to, I guess, to just poke around in the dark and see if you can get in?” asked Arnold.

“The way I look at it is, either I can test it or the Chinese can. Would you rather me test it or someone from China or North Korea test it?” said Jones.

Jones told Arnold that he left Anonymous for three reasons. The first was seeing friends sent to prison under, what at the time, were newly created cyber-laws.

“They held us to almost a terrorist level. Matter of fact they called it cyber-terrorism,” Jones said. “I think that made a lot of us feel like less than citizens. When I look at my kids, jail is not somewhere I want to be.”

The second reason is Jones said he feels like the original intent of Anonymous has become diluted.

“The idea is disappearing. Guys are buying Anonymous masks at Party City, they’re running through the streets and starting fires with the Anonymous mask on, that’s not who we are,” said Jones. “The idea was a pure idea and it was not physical or life-threatening.”

The third reason was his professional life. He felt that being an Anonymous member may have ruined a successful career in private sector.

Out of the three, this one seems to be the most valid reason for Jones leaving Anonymous as after leaving the military, many private-sector companies were hiring people with his particular skill set.

“Hiring people like me to defend against what we know is out there. It’s there, the threat is real,” said Jones. “They only way really to know their vulnerabilities and the threat to their companies was to find people like me, that were already there, that were willing to work for an honest paycheck, but also keep their head in the underground.” 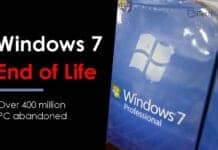